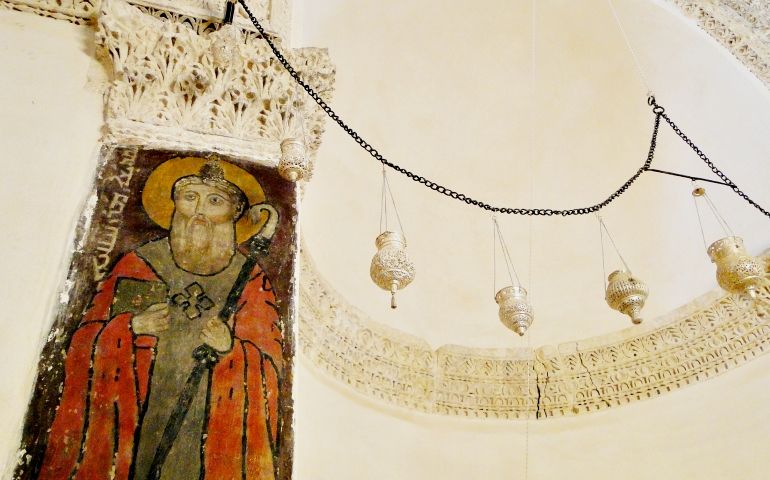 Milwaukee — Marquette University hosted a workshop May 23-24 that focused on preserving and digitally recording the heritage of Syriac Christianity in the Middle East. Jeanne-Nicole Mellon Saint-Laurent, an assistant theology professor at Marquette, hosted the event.

About 30 historians, theologians, librarians, computer scientists, professors and graduate students from around the world attended the workshop. Syriac is a dialect of Aramaic, an ancient language that linguists believe Jesus and his disciples spoke.

David Michelson, assistant professor of the history of Christianity at Vanderbilt, was one of several instructors at the workshop. He started a digital project called Syriaca.org: The Syriac Reference Portal to further the study of Syriac literature, culture and history. Along with a team of scholars including Saint-Laurent and Daniel Schwartz, associate professor of history at Texas A&M and fellow workshop instructor, Michelson is using computers to organize large bodies of information relevant to preserving the Syriac language and culture.

The database consists of several layers that are equivalent to encyclopedia reference work.

Schwartz told NCR that an estimated 20,000 Syriac documents exist, but more than half still need to be translated.

"There's no way we're going to finish this work," Schwartz said. "It's going to take generations."

"That's why we're having this workshop — for the future researchers," Saint-Laurent said.

According to Smithsonian.com, as many as half a million people speak some form of Aramaic today, but the number is misleading due to several factors, including lack of standardization and lack of a written analogue. Several of the more than 100 dialects are already extinct.

Wheeling, West Virginia — In exchange for redeeming Wheeling Jesuit University's bonds, the Wheeling-Charleston Diocese will purchase all of the school's property. That property had been previously owned by the diocese until it gave it to the university in 1952.

University officials said they are currently embarking on strategies to ensure the school's long-term future.

Washington — More than 65 presidents of Catholic colleges and universities signed a letter calling on John Kelly, secretary of the Department of Homeland Security, to protect undocumented students who are recipients of the Deferred Action for Childhood Arrivals, commonly known as DACA.

In the letter, the presidents have requested to meet with Kelly in person to discuss how law enforcement agencies, including U.S. Immigration and Customs Enforcement and Customs and Border Protection, are approaching DACA recipients.

DACA is not a protected legal status, but active DACA recipients are typically a lower level of enforcement priority

Signatories of the letter include the presidents of several Jesuit schools, the Catholic University of America, University of St. Mary, Chaminade University of Honolulu and more. Michael Galligan-Stierle, president of the Association of Catholic Colleges and Universities, also signed the letter.

Campus Notebook will be going on hiatus for the summer and will start again at the beginning of the fall 2017 semester. Have a great summer!

Why are we detaining immigrant women and their children?

As Catholics, we can't ignore the suffering in ICE detention centers