Skip to main content
This story appears in the CTA 2014 feature series. View the full series. 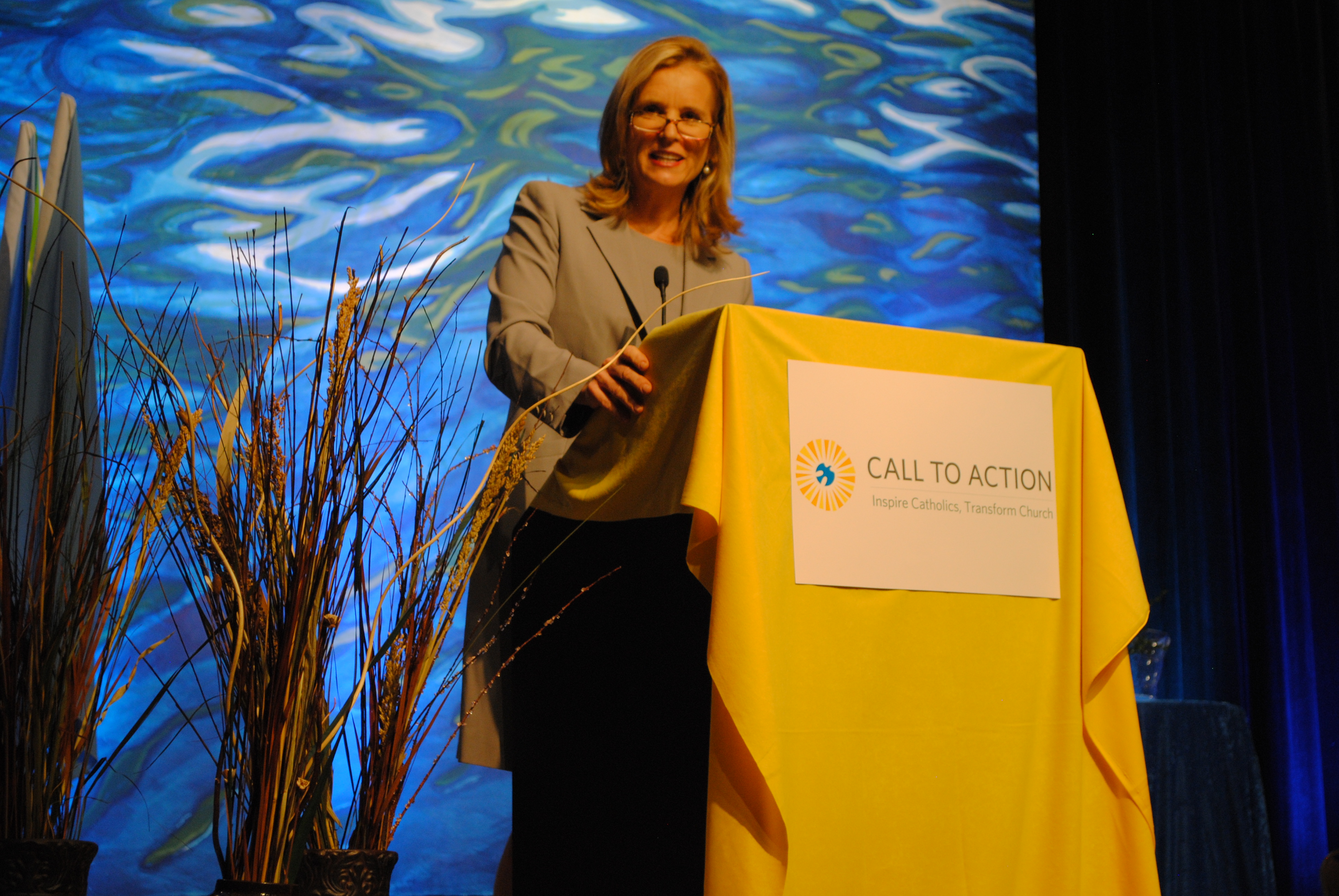 “Welcome to Memphis and the 2014 Call to Action Conference.” With that, Debra Brittenum, a Memphis resident who serves on the Call to Action board of directors, kicked off the welcome address for the 2014 National Conference of the Catholic reform organization. “I’m so happy you’re here, you don’t know how happy I am,” she said to a ballroom packed full of attendees.

It was the beginning of an eventful evening.

The LeMoyne-Owen choir performed a powerful version of “We Shall Overcome” that brought the entire crowd to its feet, holding hands in solidarity.

Carter wrote the book “A Call To Action: Women, Religion, Violence and Power” about abuse toward women and girls. In his video address, Carter cited his argument that “the misinterpretation of Scripture by male religious leaders is a major cause of discrimination and violence against half of humanity.”

Carter spoke about how humanity accepts violence as a way to solve problems like crime, military action and family relationships. “As believers, it is imperative that we work together to focus on the power of faith to reinforce universal human rights, and on the urgency of finding nonviolent solutions to these many challenges,” Carter said.

“I join you in solidarity as you continue to forge ahead with your mission as leaders on this journey,” he said. Carter said that attendees faced “a church that models our society in marginalizing many of its women, its people of color, and in fact, all those who question any interpretation by male leaders of Jesus’ mission.”

“I urge you to give witness to the possibilities that society will change. You are agents of that change. And I stand with you in the valued struggle to move our faith, our country and our planet forward,” Carter concluded.

Jim FitzGerald, CTA’s executive director, spoke about the Scripture story between Jesus and the woman at the well. He explained that social customs during Biblical times were such at a man talking to a woman in a public place was met with great disapproval in Jewish culture, and that a Jewish man and a Samaritan woman was even more radical, given the intense animosity Jewish people had for Samaritans at the time.

“The Samitarian woman and Jesus … built a relationship that breaks through the racial and social exclusion of the time, and together, they dreamed of a better tomorrow,” FitzGerald said.

Referencing that the “Catholic landscape is changing with breathtaking speed,” FitzGerald said, “the structures and strategies that have worked so well for Call to Action over the last three decades need revision.”

“Friends, this weekend I invite us to dream,” he said. “I invite us to engage with one another in conversation about the future of Call to Action, knowing that right now, here, in this time and place, we are living water, determined to forge ahead a new path forward, to bring liberation and healing to our church and the world.”

Kerry Kennedy, member of the Massachusetts and District of Columbia bars and daughter of Robert Kennedy, served as CTA 2014’s first keynote speaker, talking about speaking truth to power. She reflected on words she heard as a child from the reverend mother at her school. After attending a Vietnam War protest, the reverend mother, Mother Mouton, told Kennedy, “You know, Kerry, silence is golden, but sometimes it’s just plain yellow.”

Kennedy said her life was changed when she discovered the document Universal Declaration of Human Rights, and that people used the document to make the world more just. She spent the next 35 years working on human rights. During her work, Kennedy interviewed human rights defenders. One observation she shared: “Anger can be a source – anger can be very negative, we all know – but it can also be a source for revolutionary change. And it often is. People have to get angry before they’ll create change. And so that’s something to harness and use as a positive force for change.”

“What you [Call To Action members] do, is you set a bar for all Catholics across our country and around the world, about how we are supposed to be good, engaged, questioning, truthful, questful members of this church,” Kennedy said. “And I want to thank you for that. I really do, because it’s not easy and you do it. And you come to this convention, and you set a precedent and you set an example for all of us to follow.”

Call to Action expects about 1,000 participants to attend. About 900 participants are registered for this weekend’s event, and about 100 to 125 walk-ins are expected. The event runs through midday Sunday.

And this was just day one.

[Mick Forgey is an NCR Bertelsen intern. He can be reached at mforgey@ncronline.org.]