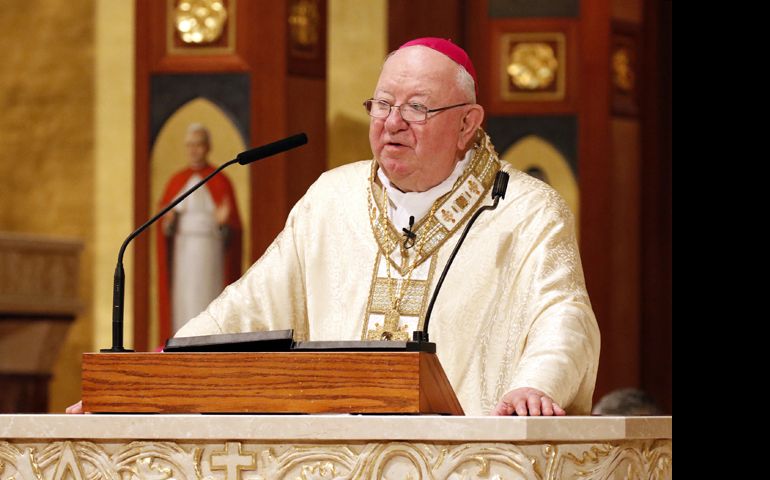 National Catholic Reporter's Tom Gallagher was an inaugural guest on "Catholic Perspectives," a new show hosted by Bishop William Murphy of Rockville Centre on Long Island, N.Y.  As a board member of the papal agency, Catholic Near East Welfare Association (CNEWA), Murphy spent a week, April 6-12, 2016, in Iraqi Kurdistan on a pastoral visit to that region's displaced Christian families. Gallagher was a part of this small delegation, which also included CNEWA board chair, Cardinal Timothy Dolan, Archdiocese of New York, (The audio clip is approximately 13 minutes long.)

The new show is produced and aired on Telecare TV.  It is available on Cablevision channel 29/137, Verizon FiOS TV channel 296, and Time Warner Cable channel 471 throughout the New York, New Jersey, and Connecticut and  on selected cable and satellite systems nationwide.

The faces of displaced Iraqi Christians and Yazidis

Life inside the camps of Erbil, Iraq