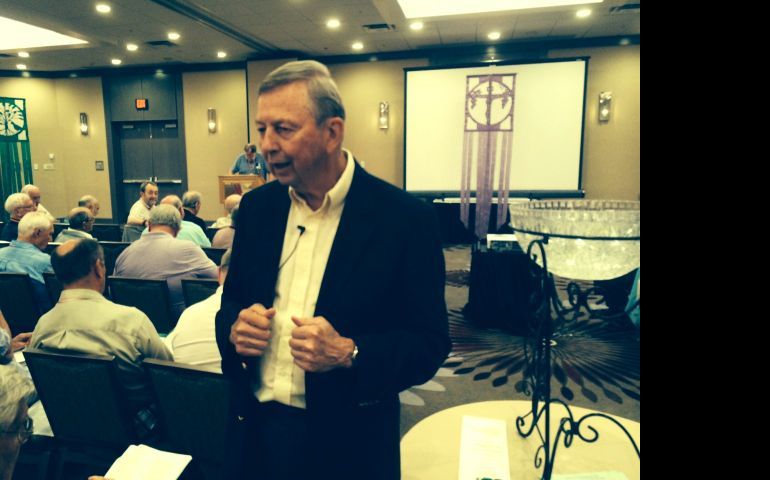 “We need focal points, not themes,” he said. A good homily “has to have a concern. It has to have some joy, some sorrow. It’s co-relational.”

But to deliver such a homily the preacher, he explained, needs to know the concerns of those he is preaching to. And how do I know their concerns? “You have to be in dialogue with the people,” he said. If I cannot come up with an example I throw it away … “A doctor burdened with paper work, people burdened with guilt.”

It’s then, he said, the preacher “can illuminate the existential elements in one’s life.” “Christ shares burdens; lightens burdens.”

He concluded, saying Pope Francis is a great preacher. “He uses a wonderfully homey, folksy language”

He advised the priests to “ride this moment. … We don’t want to miss this kairos moment.”

Bacik is the author of nine books, including: Apologetics and the Eclipse of Mystery, Contemporary Theologians, and A Light Unto My Path.