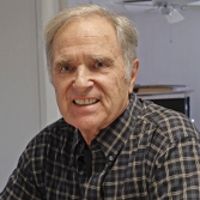 Thomas C. Fox is NCR's editor/publisher emeritus. Fox was NCR editor and/or publisher most years between 1980 and 2015, then again in 2018-19. His reports from Vietnam appeared in the earliest issues of National Catholic Reporter. He has also reported for The Washington Star, the Detroit Free Press, TIME magazine and The New York Times. He can be found on Twitter @NCRTomFox.

Oblate Fr. Carl Kabat, one of the 1980 Plowshares Eight and a relentless anti-nuclear weapons protester whose four decades of civil disobedience drew bitter critics and many admirers, died Aug. 4 at age 88.

Tom Cornell once described the Catholic Worker movement as a community "marked by a cooperative social order without extremes of wealth and poverty and a nonviolent approach to legitimate defense and conflict resolution."

Appreciation: For more than 30 years, Fr. Michael Gillgannon wrote for NCR from Bolivia in columns critical of U.S. foreign policy and in support of church reform efforts in the region. Gillgannon died June 19.

Perspective: On Memorial Day, my wife and I spoke out with our bodies. We acted for our children and grandchildren, and purposely trespassed onto the grounds of a nuclear weapons plant in Kansas City.

NCR has remained faithful through these many years

'The Vietnam War' weaves a narrative of human calamity

NCR former publisher: ‘I’ve always felt as much a missionary as a journalist’