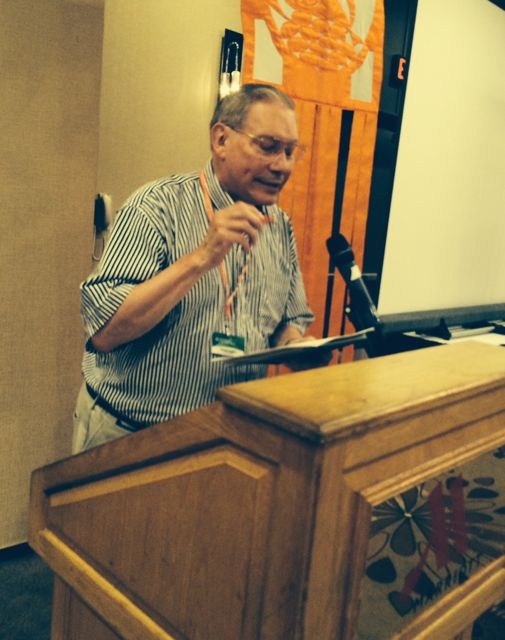 Members of the Association of U.S. Catholic Priests meeting at their third annual assembly approved a number of resolutions, that included expressing support for a more open process for the selection of bishops and for a married clergy.

The members also voted for forming a task force to track difficulties with the 2011 Roman Missal translation and to work for immigration reform.

About 225 of the estimated 1,000 members are present for the assembly in St. Louis, which opened Monday evening and closes Thursday morning.

For voting on resolutions, the association uses a numbering system to indicate degrees of support. A vote of 3, the highest score, means the resolution was supported with “very strong favor.” The lowest score -3 represents “very strong disfavor.”

The resolutions and their scores are:

As much as anything else, the resolutions revealed the willingness of the association to voice its opinions. A number of priests said they wanted to be certain the group not occupy itself with only internal church issues, but show leadership in issues facing the broader society.

The organization passed a resolution last year at its general assembly in Seattle expressing strong support for the ordination of women to the permanent diaconate. Fr. Tony Gallagher, suggested to the group that in making its support of a married priesthood public, the association reiterate is support for women deacons.

Discussions showed that the Vatican directed 2011 translation of the mass remains for many priests a hurtful and dysfunctional imposition. The translation resolution, in part, calls upon the association’s board to “petition the bishops to refuse to allow the process used to produce the Roman Missal to inflict other liturgical translations; for example: Pastoral USA adaptations of the RCIA rites, the Pastoral Care of the Sick, the USA funeral adaptations and rites.”

The association proposal on bishops selection, in a draft form, read in part: "The Church hierarchy has felt justified in allowing civil governments a role in the selection of bishops to preserve social order; now in democratic societies this order is jeopardized by a lack of transparency, which must be corrected by openness and participation. The appearance of careerism in the rank of bishop is unseemly and needs to be eliminated."

The proposed resolution on behalf of a married priesthood listed as reasons, the following: declining numbers of priests, escalating number of lay people per priest, growing number of priestless parishes, and Pope Francis’ informal support of its consideration. During the discussion of the topic, one priest offered an additional reason - and received applause when he did. He suggested married men would bring new gifts to the priesthood.

While the issue of workers pensions did not attain a “very favorable” vote, a number of priests, in the discussion period, said they were skittish about dealing with pension issues. Some politicians overpromised to win favor, leading many pensions into bankruptcy, they said.