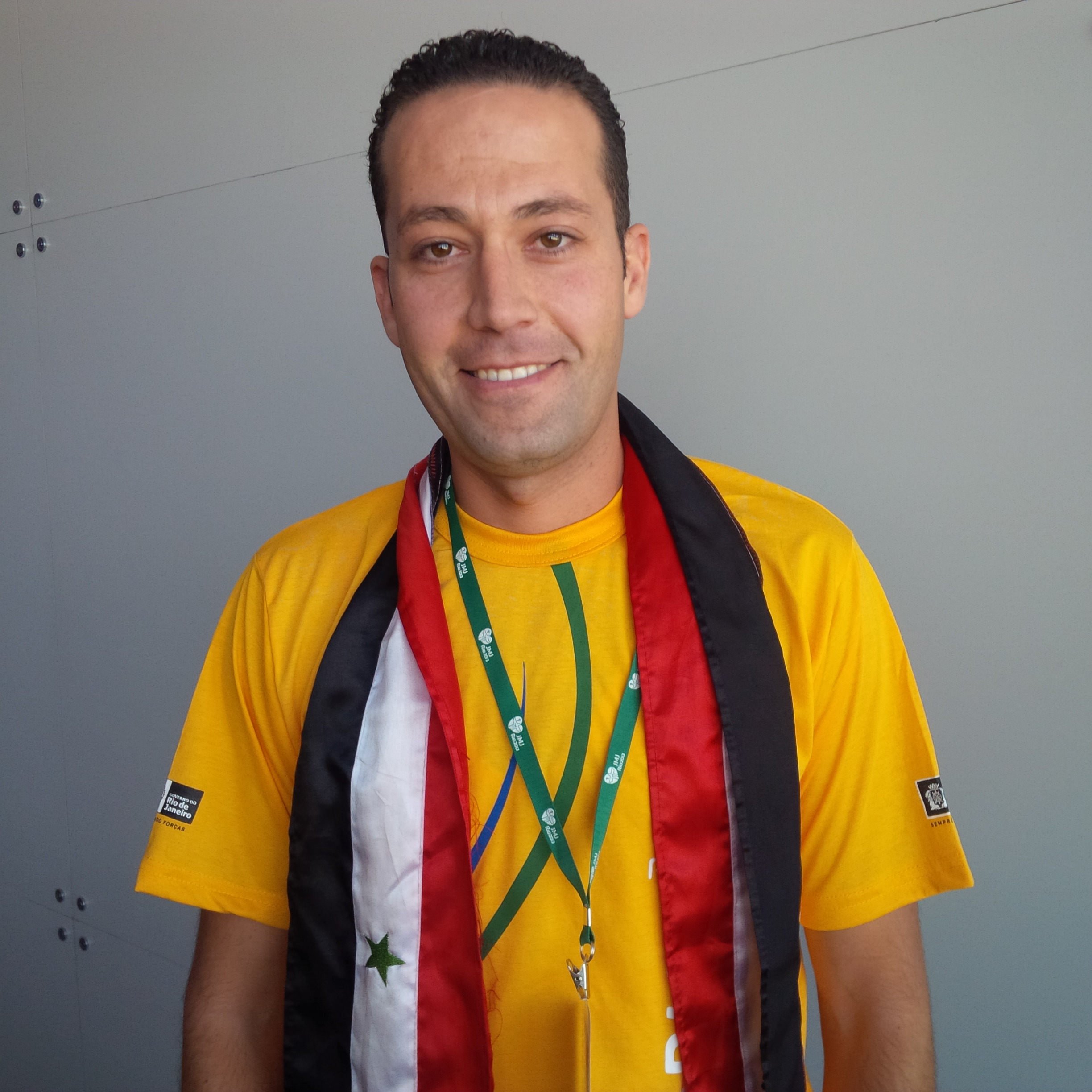 By the time it’s all said and done, more than a million young people will have taken part in the July 22-28 World Youth Day with Pope Francis in Brazil, which means the story of the event is actually composed of at least a million individual narratives.

One of the more interesting of those narratives belongs to Bashar Khoury, a 29-year-old Latin rite Catholic from Syria, and his experience and outlook on life may contain some food for thought as Westerners ponder the conflict in Syria, especially its implications for the country’s Christian minority.

Khoury spoke to NCR July 27, taking a break from his work as a volunteer helping to run the Facebook page and Twitter account in Arabic for World Youth Day.

(The Twitter feed in Arabic, Khoury said, has about 2,000 followers, but added that most Arabic-speakers prefer Facebook, and it’s impossible to know specifically how many people are consulting the Arabic section of the WYD Facebook page.)

Khoury is a computer engineer living in Damascus, and an active Catholic who attends Mass regularly.

Christians have long been an important minority in Syria, composing roughly ten percent of the population of 22.5 million. The majority is Greek Orthodox, followed by Catholics, the Assyrian Church of the East, and various kinds of Protestants.

Khoury stressed, however, that most Syrians do not think in denominational terms, only Christian or Muslim. He said he knows his best friend is a Christian, but to this day not whether he’s Catholic.

I asked Khoury for his perceptions about the civil war in Syria, and what it means for the country’s Christians.

What’s it like to be a Christian in Syria today?

It’s worse than you can imagine. Let me give you an example. If I want to travel from city to city, or for that matter just walk down the street, I have to make sure I don’t have any Christian signs on me, like wearing a Cross, and that I’m not carrying any Christian material, because if something happened and they discover I’m Christian, I’m in big trouble.

It’s not the government, it’s the rebels, especially the radical Muslims. It’s hard to say you’re a Christian, because we’re afraid. Inside Damascus, the situation is a little different from other areas, such as Aleppo and Homs, in the eastern part of the country. Inside the city itself, it’s safer, but that doesn’t extend very far. There’s a suburb called Harasta where Christians lived, just six miles outside Damascus, and nowadays there are no Christians there anymore. The church is destroyed. We hope this war will end as soon as possible.

From the outside, we often have the perception that Christians in Syria may not like either one very much, but they prefer the Assad government to the rebels. Is that true?

Yes, that’s right. As Christians in Syria, we’re peaceful, so we don’t want this war and we wish it would go away. Our greatest fear is the radical Muslims, because you can’t talk to them. Their attitude is that if you’re a Christian, you shouldn’t be here because this is not your land. Go away, or you’ll be killed.

What will you do if Assad falls?

For me, I’ll leave Syria. If that happens, the radicals will take over and there won’t be any future for me.

You don’t believe the Free Syrian Army when it says it wants democracy?

There is no “Free Syrian Army” anymore. It’s a fiction. What we have are radical Muslims, for instance our own version of Al-Qaeda. The “Free Syrian Army”, fighting for freedom, doesn’t exist anymore. They want an Islamic state in Syria. In some neighborhoods of Aleppo, for instance, they’ve already created an Islamic state and are enforcing shariah. That’s what we’re afraid of as Christians.

In your workplace in Damascus, are you open about being a Christian?

Of course. Look, let’s distinguish between two kinds of Muslims. There are normal Muslims, who are my friends and we hang out together. We know we have this difference, but there’s no problem. In their hearts, they’re not fighting with anybody. Then there are the radicals, and that’s where the threat comes from.

Are you hopeful about where things are going?

In Arabic we have a saying that basically means, “All we live on is hope.” I should be hopeful, and I try, but in all honesty it’s mixed.

What does it mean for you to be with the pope?

At the final Mass on Sunday, I’m not planning on hanging out with anyone. I’m going to sit somewhere in the back, on the Copacabana beach, and pray to God for two things: First that he saves Syria, and second that he saves the Christians of Syria. Maybe saying that prayer in the presence of the pope will help.