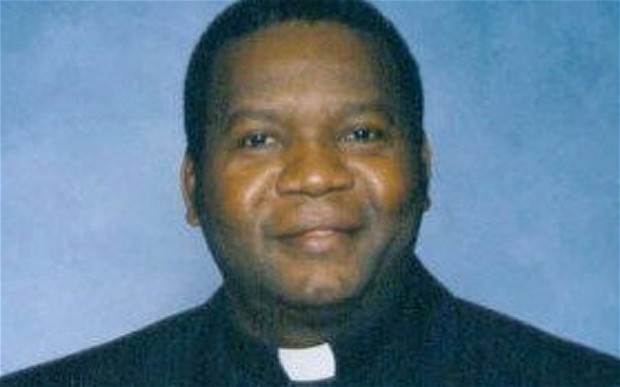 While the attention of the Catholic world is focused on events unfolding in Rome, time has not stopped for Catholics in other parts of the world. The flow of events since Feb. 11, when Benedict XVI announced his resignation, offers a reminder of why the next pope will be pressed to make defense of religious freedom job number one.

On Sunday, Feb. 17, a 55-year-old Catholic priest named Fr. Evarist Mushi was shot to death in Tanzania by assailants on a motorcycle in front of Zanzibar’s St. Joseph’s Cathedral, just before Sunday morning Mass. According to the news agency Fides, local bishops received a message claiming responsibility from a group calling itself “Muslim Renewal.”

The Islamist group, boasting of ties to the al-Qaeda-linked terror group al-Shabaab, issued a chilling threat:

“We thank our young men, trained in Somalia, for killing an infidel. Many more will die. We will burn homes and churches. We have not finished: At Easter, be prepared for disaster.”

Mushi’s assassination comes a week after the murder of a Protestant pastor named Mathew Kachira, according to the Fides report.

On Feb. 18, the web site “Ora Pro Siria,” operated by Italian missionaries in Syria, launched an emergency fundraising appeal it called “Ransom a Christian.” In essence, they’re looking for contributions to help fund the release of Christians kidnapped by Islamist-inspired rebel forces.

According to the web site, the going price for a kidnapped Catholic priest in Syria is in the neighborhood of $200,000.

In the “Valley of the Christians” in western Syria, according to the web site, where there are 143 Christian villages, at least 20 churches have been destroyed and hundreds of thousands of people have been displaced.

On Feb. 21, Saudi Arabia’s notorious religious police, known as the mutawa, swooped in on a private gathering of at least 53 Ethiopian Christians, shutting down their private prayer and arresting foreign workers for practicing their faith.

The mixed group of men and women was seized in a private residence in the city of Dammam, capital of the wealthy oil province in Eastern Arabia. Authorities charged three Christians with seeking to convert Muslims.

Calvary Gospel Mission was organizing a three day special meeting when Hindu extremists barged into the house of a believer while the pastors were having dinner. The extremists thereafter alerted police. Pastors Albis Para, Akshay Kumar, Harendra and Angad Singh were arrested under Sections 151 of the Indian Penal Code for “knowingly joining or continuing in assembly of five or more persons after it has been commanded to disperse.”

The pastors were later released on bail.

In the most bone-chilling estimate of all, the Center for the Study of Global Christianity at Gordon-Conwell Theological Seminary estimates that an average of 100,000 Christians have been killed for the faith each year over the last decade, which works out to 11 new martyrs every hour.

These are the global realities of Christian life in the early 21st century, and the cardinals may well carry an awareness of that conflict into the Sistine Chapel when they elect a new pope.