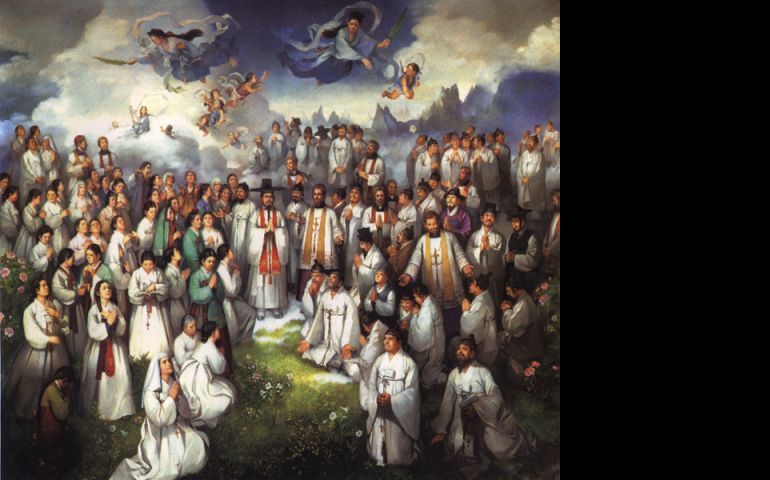 A painting depicting 103 Korean martyrs that Pope John Paul II canonized in 1984. When Pope Francis travels to South Korea next week, he will put 124 additional martyrs on the path to sainthood by beatifying them. (CNS/Courtesy of the Seoul archdiocese)
This article appears in the Francis in Korea feature series. View the full series.

A Vatican spokesman on Thursday released more information about Pope Francis' trip next week to South Korea, highlighted by his attendance at the sixth Asian Youth Day and the beatification of 124 Korean martyrs.

It will be his first trip to Asia as pope.

The pope's itinerary is packed with a wide range of events. He will meet with:

A sense of in between