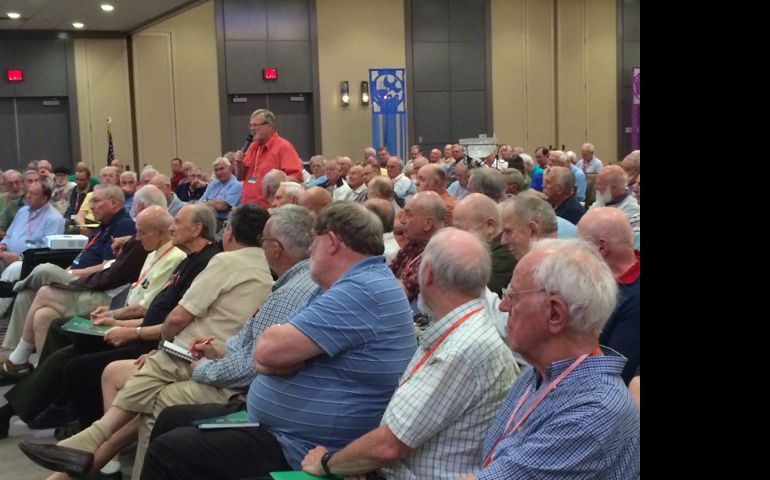 St. Louis — An estimated 225 priests from the Association of U.S. Catholic Priests have gathered in St. Louis for a three-day conference aimed at carrying church renewal forward.

The theme of the assembly is "Revelation in our Lives and Time," drawn from the Second Vatican Council document Dei Verbum, the primary Vatican II document on Scripture.

The mood among these priests, whose average age is 69, is generally upbeat in the wake of the election of Pope Francis last year. A life-sized Francis cutout is a major draw with the priests, who snap photos between assemblies.

"We feel renewed ... confirmed," said retired Chicago archdiocese priest Leonard Dubi, who said he and other priests of his generation have felt "discarded" by bishops and the younger conservative priests. With a new "patron" in Rome, Dubi said, these priests, some retired, some soon to be retiring, feel uplifted.

"We are not reinventing the wheel," one priest said. "We are committed to implementing Vatican II."

Archbishop Emeritus John Quinn of San Francisco will receive the association's John XXIII Award at this year's assembly, being held at the Airport Marriott.

US bishops' spring assembly opens with rapid start to communications

New head of Papal Foundation says its mission is to spread help, hope