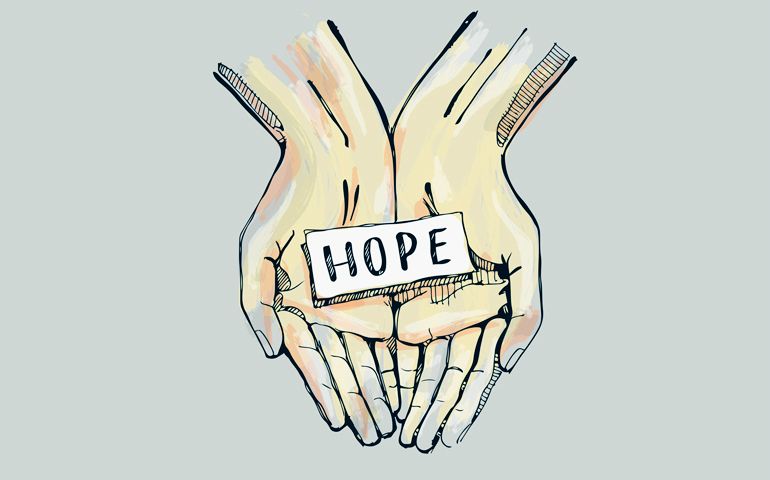 (Dreamstime/Bernardo Ramonfaur)
This article appears in the Transition to Trump feature series. View the full series.

Lately, I have taken to treating despair as a sin. I do this not to pile an additional layer of Irish Catholic guilt upon myself or even out of a misplaced sense of holy masochism. It is simply easier for me to steer clear of desperation when I think of it as something I am forbidden from engaging in, as opposed to an unpleasant emotion I prefer to avoid.

Following this logic, Nov. 9 represented something akin to temptation after 18 months in the desert. Like many, I spent the better part of a year and a half craving relief that, in the end, never came. Certain the finish line could not possibly be worse than the race itself, we collectively anticipated the presidential election's demise. It may have followed one of the most divisive campaigns in recent memory, pitting the country against itself in stark and dark terms, but whatever the result any single person desired, we could at least agree on having hated the process.

When you come out of a desert, you want water, and because the election results offered nothing potable to the many American voters who did not cast a ballot for Donald Trump (they might not have done much to satisfy a good number of people who voted for him either), other springs were required.

The opposite of despair is hope, and many people, political and nonpolitical alike, did their best to provide this balm. Some comforted their friends and followers by outlining the ways they would oppose Trump should he attempt to make good on his promises to deport millions of immigrants, ban Muslims from entering the country, and roll back President Barack Obama's achievements in protecting the environment and expanding access to health care.

Others claimed that it is God, not a political leader, who is in charge and thus the ultimate source of our hope. Yet others hearkened back to dark times past and recalled that we had made it through those disasters and so, too, would survive any impending ones. It will be all right, they exhorted.

And it very well can be ... so long as each of us works to make it that way.

If despair is a real force we must readily oppose, then hope is one we must actively pursue, not simply by casting our fate into the wind, trusting leaders and organizations to give us something to believe in, or putting blind faith in a God who will make sure everything works out. As President John F. Kennedy reminded Americans in his inaugural address, while we ought to ask for God's help and blessing, we must always remember "that here on earth God's work must truly be our own."

Obviously, there is no one single way to do God's work. In some cases, one person's pursuit of God's will might ostensibly be the opposite of another's, though that need not necessarily be a problem. It should go without saying that two people can have political differences and still both be good citizens and good Christians.

That said, there are some issues — among others, racism, sexism and xenophobia — that are simply nonnegotiable. The fact that many of the president-elect's supporters felt compelled to clarify that they are not racist, that they did not condone their candidate's comments about women, Mexicans, Muslims and so many others, strikes me as tacit acknowledgment on their part that his campaign did, in fact, engage in racism, sexism and xenophobia.

So, for those in the "I only voted for Trump because he says he's pro-life" or "I am not racist; I voted for Trump for economic reasons" camps, now would be an excellent time to prove it. We are all called to stand with the oppressed, and since the election, Trump has nominated to his administration people who have a vast, ongoing and unapologetic history of suggesting women and people from religious and ethnic minorities are less worthy in our society.

Those of us who claim not to hold such views must unequivocally oppose those who do, whenever they do. In the final analysis, there is not a lot of daylight between the one who actively engages in bigotry and the one who does not but makes no effort to prevent it.

Having voted for someone other than Trump is also not a free pass to throw up one's hands and say, "It's not my fault." Resisting intolerance is not a duty to be met only once every four years but every time it arises. It is nice not to feel responsible for the president-elect, but self-righteousness, while less harmful than racial prejudice, is still obnoxious and unhelpful.

It is overwhelming to consider the countless ways one might fulfill the Christian obligation to bring hope to a hopeless world. The knee-jerk response to the scope of our collective problems is often "I cannot do it all," which is a given. The unspoken subtext of this, however, is all too often "so I won't do anything."

We do not need to do it all, though, nor do we need to be perfect in doing what we can. As Irish statesman Edmund Burke is quoted as having said, "Nobody made a greater mistake than he who did nothing because he could do only a little."

So, let us all do something. Let us be hopeful, and let us not despair. And let us live in such a way that allows others to do the same.