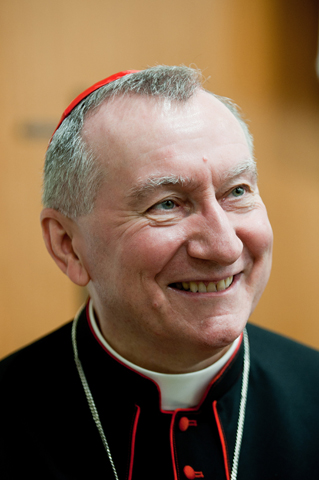 Cardinal Pietro Parolin, Vatican secretary of state, said an apostolic exhortation on the family following the recently concluded Synod of Bishops could be released soon.

"I imagine that it won't take long because usually these things should be done in a relatively short time, otherwise it loses its strength a bit, its impact," Cardinal Parolin told Vatican Radio Oct. 28. "I think if the pope decides to do it, he will do it relatively quickly."

The postsynodal apostolic exhortation follows a request made by the synod fathers in their final report.

"We humbly ask the Holy Father to evaluate the opportunity of offering a document on the family, so that in it, the domestic church may ever more shine Christ, the light of the world," the Oct. 24 report stated.

As in past synods, Cardinal Parolin said that the apostolic exhortation will be based on the synod's final report. However, he said the release of the document has not been discussed yet.

"It is the pope who has to decide what to do," he said. "The pope has already made a decision, which was to publish the final report of the synod that was addressed to him, but he wanted it to be known and disseminated."