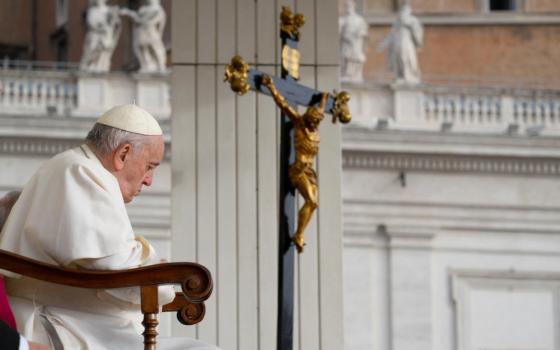 Pope Francis condemned an attack on a Congolese village that led to the deaths of seven people, including a nun, after gunman looted and burned homes and a local health center. 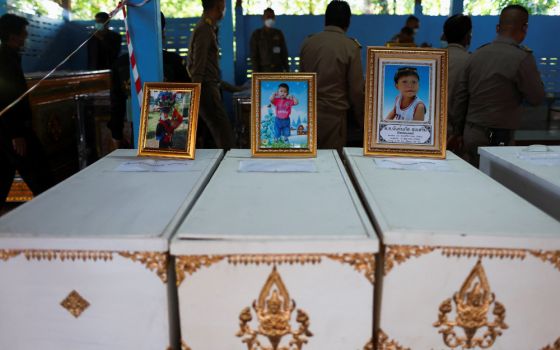 Pope Francis said he was "deeply saddened" after hearing the news of one of the world's worst mass shootings at a day care center in northeast Thailand. 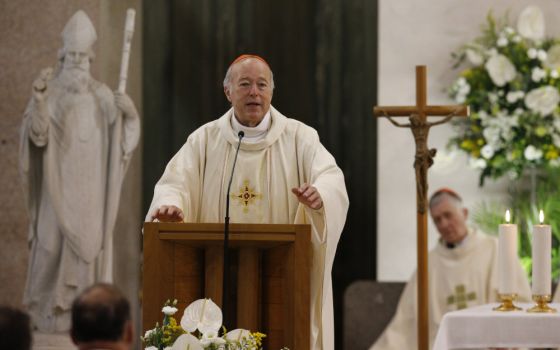 Pope Francis appointed several recently created cardinals to be members of the dicasteries of the Roman Curia, the Vatican announced. Among the new appointments announced by the Vatican Oct. 7 was Cardinal Robert McElroy of San Diego, who will serve as a member of the Dicastery for Laity, the Family and Life as well as the Dicastery for Promoting Integral Human Development. 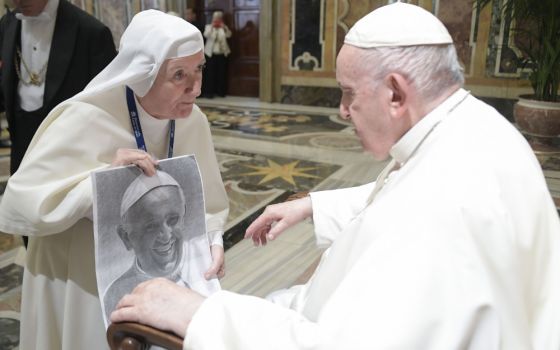 The holiness of saints is reflected not only in how they overcame struggles but by their ability to transmit the joy that comes from being loved by God, Pope Francis said. 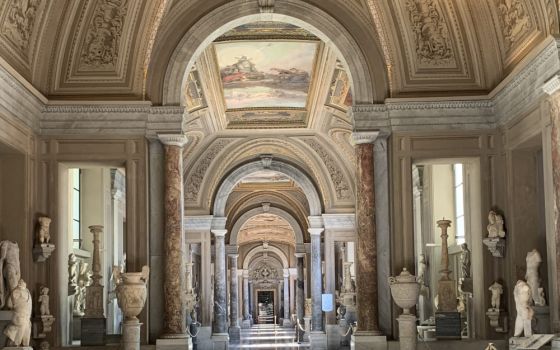 A tourist who toppled two ancient Roman busts in the Vatican Museums has been handed over to Italian police, the Vatican said. 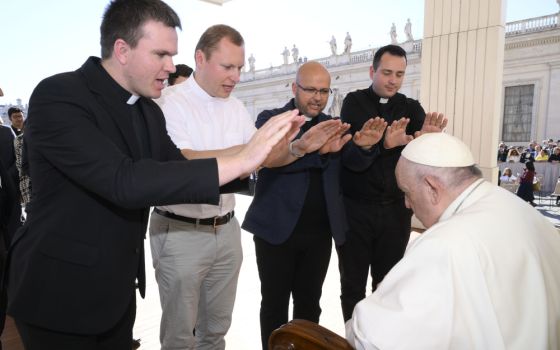 To know oneself is a gift and a grace that allows Christians to properly discern between feelings and convictions, Pope Francis said. 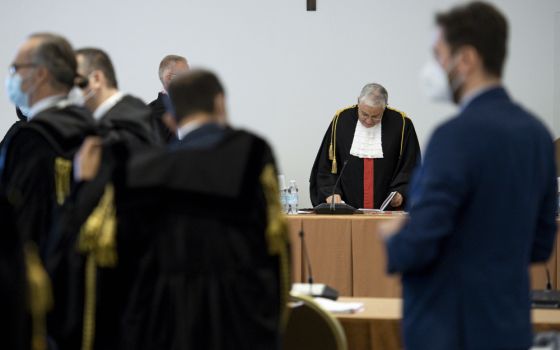 The Vatican auditor general said he was surprised by the lack of ethical standards demonstrated by officials considering investment opportunities, including a failed London property development deal. 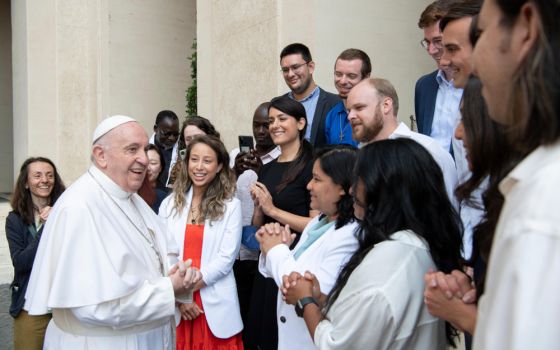 Pope Francis' theme for the next World Communications Day is a call for a peaceful dialogue that allows for uncomfortable truths to be spoken of without resorting to contentious and hostile debate, the Vatican announced. 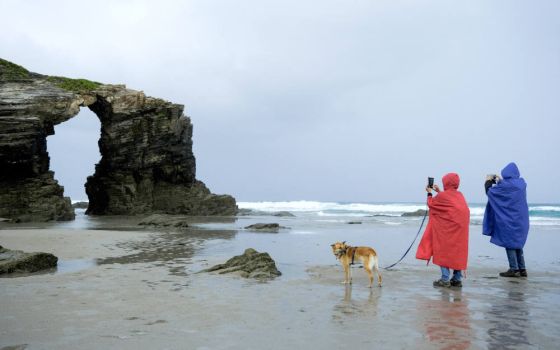 "The sustainability of tourism, in fact, is measured not only in terms of pollution, but also in the impact on the biodiversity of natural and social ecosystems," Cardinal Michael Czerny said. 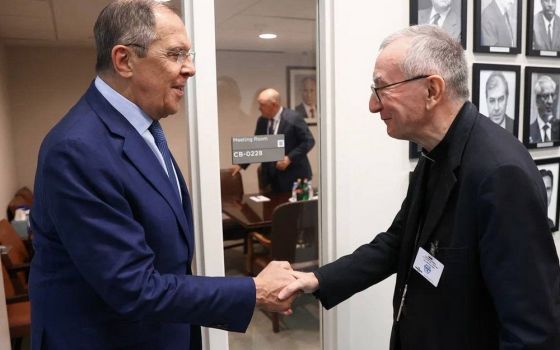 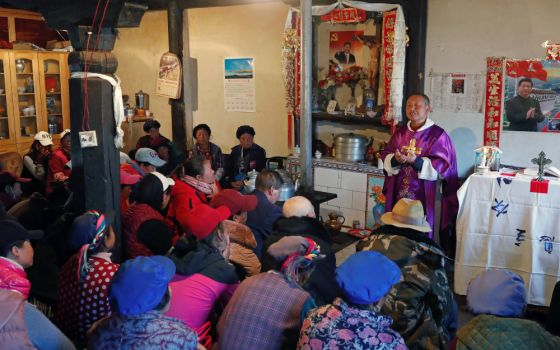 As the October deadline approaches for the extension of the Vatican's agreement with the Chinese government, the newly appointed editor of the news agency of the Dicastery for Evangelization said the deal has been instrumental in allowing Catholics to practice their faith openly and in communion with the church. 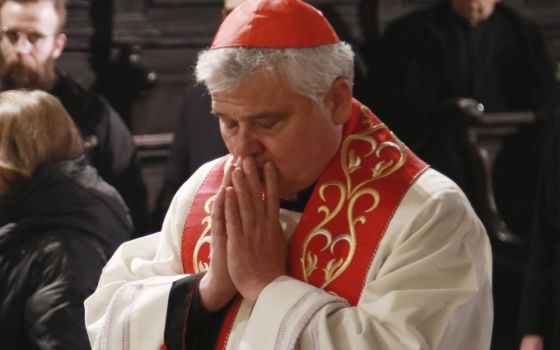 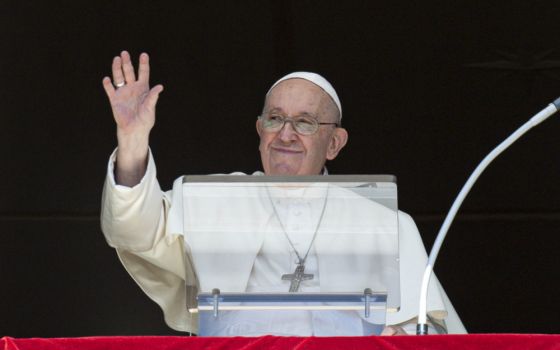 Pope appeals for peace as tensions rise in Caucasus region

Pope Francis once again called for peace in the Caucasus region as the escalating conflict between Azerbaijan and Armenia prompted renewed fears of war. 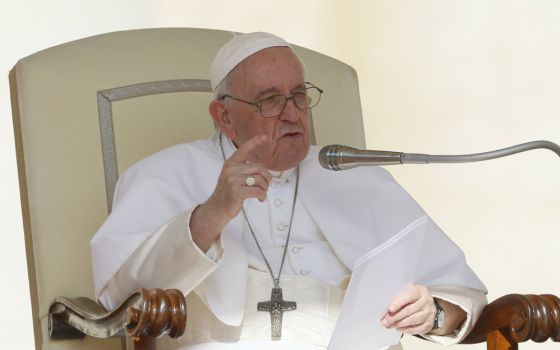 Discerning the will of God means being able to listen to one's own heart and recognize the Lord's presence in the unexpected events of life, Pope Francis said. 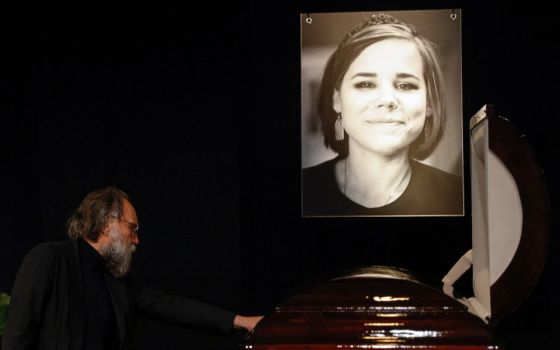 Pope Francis' comments on the death of Darya Dugina, a 29-year-old commentator with a nationalist Russian TV channel, were meant to defend life and were not a political affirmation, the Vatican said. 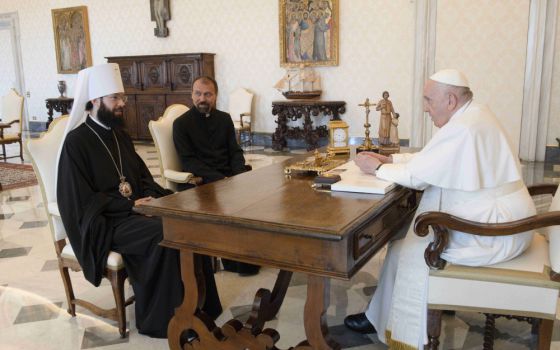 Pope meeting off as Russian patriarch cancels visit to Kazakhstan

Russian Orthodox Patriarch Kirill, who was expected to meet Pope Francis at the Congress of World and Traditional Religions in Kazakhstan, will not attend the interreligious gathering in September, a senior Russian Orthodox bishop said. 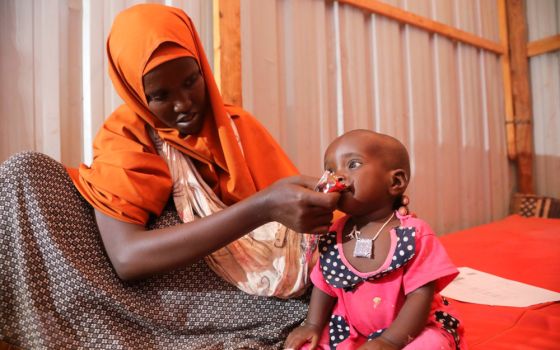 Pope Francis called on the international community to help the people of Somalia who are at risk of famine due to severe drought. 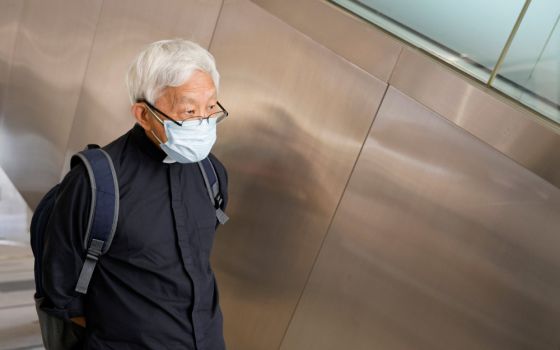 At a pre-trial hearing in Hong Kong, a judge set a five-day trial for Cardinal Joseph Zen Ze-kiun and four other defendants who face charges of failing to properly register a now-defunct fund to help anti-government protesters. 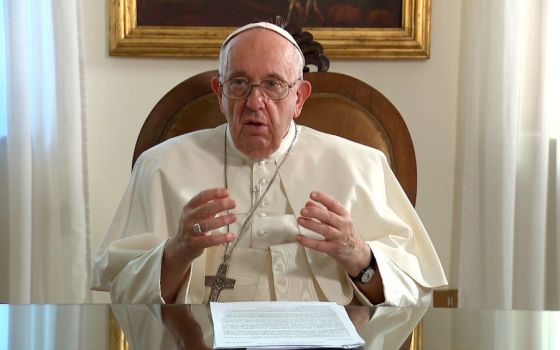 Christians must never give in to fear when evangelizing, especially when reaching out to those in need in the digital space, Pope Francis said. 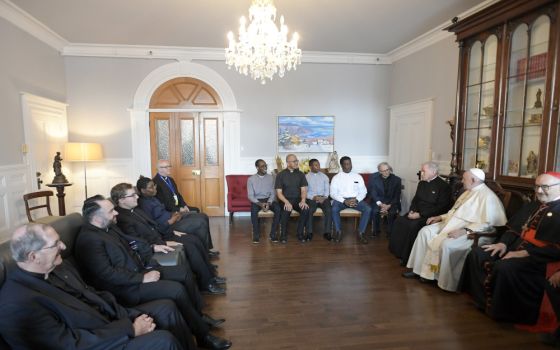 The unity of the Catholic Church's bishops is fundamental in correcting past wrongs and in confronting challenges today, Pope Francis said.