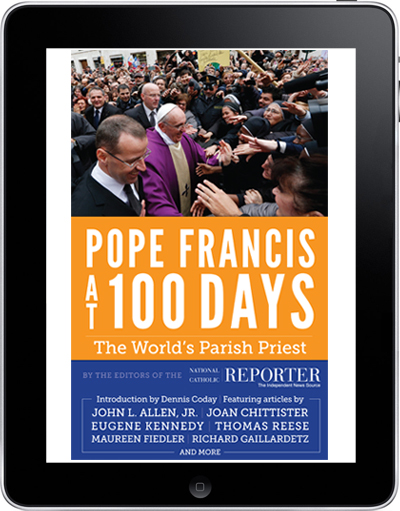 Since his election, Pope Francis has captivated and energized Catholics around the world. This collection of previously published articles from the National Catholic Reporter provides early reactions to his election, analysis of his life in Argentina, insights into his words and actions in the first few months of his papacy, and predictions for the future. Each section begins with a quote from one of Pope Francis' Wednesday audiences.

Available from these eBook sellers: 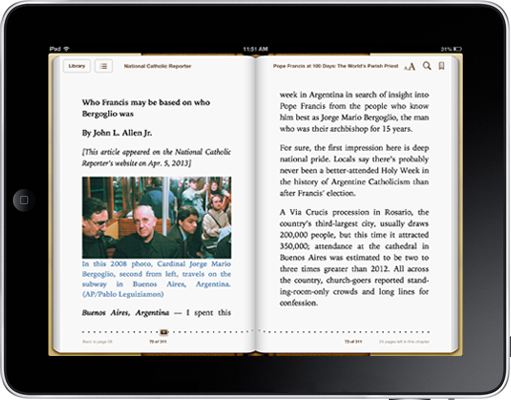 Contents:
Forward: Who are the people who were waiting for Pope Francis?
Joan Chittister

Introduction: ‘Don't let yourselves be robbed of hope’
Dennis Coday

An Eye on the Future
22. Historians ask: Is Francis a John XXIII?
Joshua J. McElwee
23. Pope Francis at 100 Days: ‘The World’s Parish Priest’
John L. Allen Jr.
24. Forgiveness is the only way to begin: an open letter to the Pope
Michael Leach
25. Francis' election full of symbols, signs of new era
An NCR Editorial

About the National Catholic Reporter