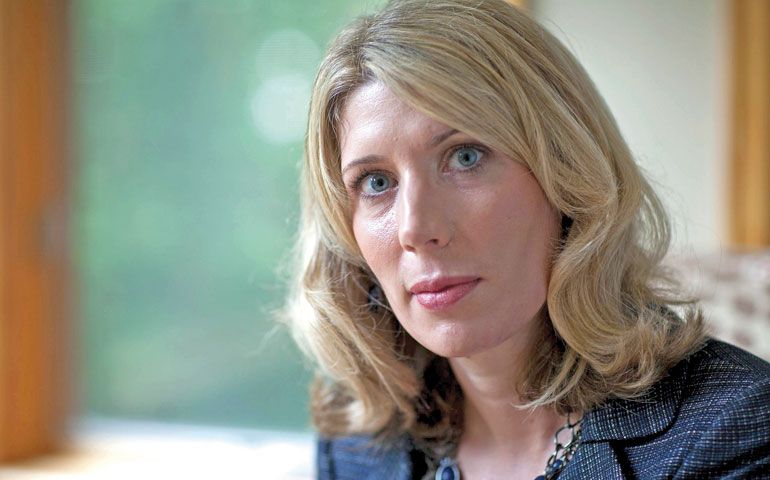 It is a tale we have heard many times, too many times: Fr. James Spencer, testifying before Australia's Royal Commission Into Institutional Responses to Child Sexual Abuse, said that in the 1990s and early 2000s when he was chancellor of the Brisbane archdiocese, he was concerned that the church's response to victims of clergy sexual abuse wasn't just. Priest perpetrators were going unpunished and lawyers were bullying victims.

"Did you ever say to the archbishop," this isn't right'?" the commission asked.

"I certainly inferred it," Spence answered. "One doesn't generally speak so directly to the archbishop. Perhaps one should."

Indeed, one doesn't generally speak so to the bishop, lord of his fiefdom, not if one wants to keep his job or advance in his career.

NCR has been reporting on the priest sex abuse crisis since 1984. It has been a soul-numbing experience, as we heard again and again of the pain of victims damaged by abuse and then re-victimized by bishops and chancery personnel and their lawyers who covered up abuse, stonewalled investigations and hid criminals "to protect the church," as if the church were something other than its most vulnerable members. No, one doesn't generally speak so to the archbishop, but thank God that some do.

Thank God for the courage of abuse survivors and the families of victims who will not let our bishops and leaders forget the abuse and their complicity in it. Thank God for activists who stand with survivors. But most of all, thank God for one very special class of people: the priests and church personnel who do stand up to their leaders and cry out for justice. People like Dominican Fr. Thomas Doyle and former Benedictine Patrick Wall, who sacrificed promising ecclesiastical careers because they sided with the victims of abuse and not with those who would cover it up. Thank God for the recently formed Catholic Whistleblowers, a group of mainly priests and religious women, Catholic insiders dedicated to fighting the scourge of sex abuse and its cover-up.

Finally thank God for Jennifer Haselberger. Haselberger, who holds a licentiate in canon law from the Catholic University of Leuven in Belgium, became chancellor of canonical affairs for the St. Paul-Minneapolis archdiocese in 2008. She had held a similar post in the Fargo, N.D., diocese. In St. Paul-Minneapolis, she reviewed the archdiocese's records and archives and discovered unreported allegations of clergy sex abuse and lapses in investigations (NCR, Oct. 25-Nov. 7.)

"I was not prepared for this disregard for the requirements of canon law, nor for what appeared to be an equal disregard for civil law, especially in regard to the obligation to report to the civil authorities," Haselberger told NCR.

She repeatedly took her concerns to Archbishop John Nienstedt, but they were ignored and rebuffed. Haselberger, 38, resigned her position in April 2013, saying she found it impossible to continue, knowing that such reckless disdain for the law and the U.S. bishops' own procedures still existed and that her efforts to rectify them had proved futile. So, she alerted law officials and the media. These public revelations have resulted in resignations of key archdiocesan personnel, a public review of how the archdiocese handles abuse allegations, and several police investigations.

Haselberger says she draws inspiration from a phrase she learned as an undergraduate student at the College of St. Catherine (now St. Catherine University) in St. Paul: "Be loving critics and critical lovers of the institutional church."

And that is why Jennifer Haselberger is NCR's person of the year for 2013.

The War on Poverty: 50 years later