'This has to stop now': Vancouver Archdiocese releases abuse report 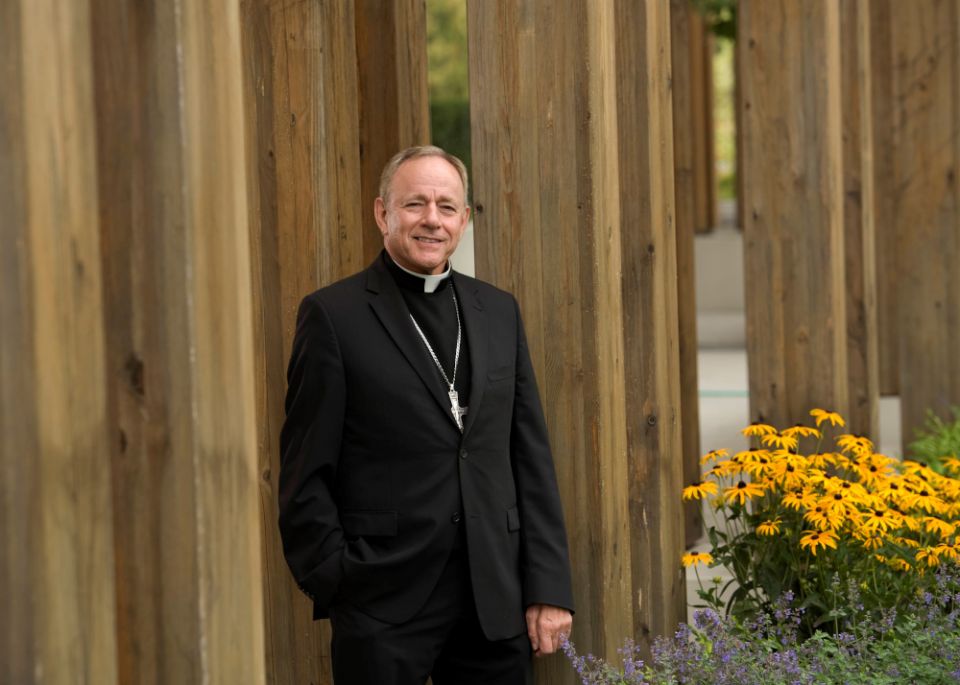 Vancouver Archbishop J. Michael Miller is seen in this undated photo. He released an archdiocesan review committee report on clerical sexual abuse, the culmination of a months-long survey of sexual abuse cases in the Archdiocese of Vancouver since 1950. It is the first report of its kind released by any diocese in Canada. (CNS/courtesy B.C. Catholic)

Vancouver — Vancouver Archbishop J. Michael Miller released an archdiocesan review committee report on clerical sexual abuse, the culmination of a months-long survey of sexual abuse cases in the Archdiocese of Vancouver since 1950. It is the first report of its kind released by any diocese in Canada.

The report contained 31 recommendations and responses and named Vancouver priests who have been criminally convicted, named in settled lawsuits or the subject of other public cases.

Archbishop Michael Miller accepted all the committee's recommendations and launched an Implementation Working Group to work out the practical details for carrying out the recommendations.

In a pastoral letter at the beginning of the report, the archbishop addressed victims of sexual abuse.

"I realize that no expression of regret can repair the horror of what happened," he wrote in the letter, which was read at Masses the weekend of Nov. 23 and 24.

"Although nothing can undo the wrong that was done to you, I nonetheless wish to offer each of you my heartfelt apology for the trauma, the violation in body and soul, and the sense of betrayal and abandonment by the church that you feel. For those occasions when we failed to protect you or when we were more concerned with the church's reputation than with your suffering, I am truly sorry and ask for your forgiveness as I strive to make amends and bind your wounds."

Miller said it has taken the global Catholic Church "far too long" to address the "particularly devastating consequences" of abuse by priests.

In the wake of abuse scandals in the United States, and after urging from abuse survivors and justice activists, Miller announced in 2018 he would investigate his archdiocese's history of dealing with abuse. The process took 13 months.

The nine priests named in the report were alleged to have assaulted minors over a span of about 50 years beginning in the 1950s. Five of the nine are dead. One case involved a priest who served three months in an Ontario jail for gross indecency and subsequently served as a priest in Vancouver for three years before "he left abruptly" and returned to Ontario.

Although the archdiocese knows of many other priests who have assaulted children, it has not named them due to privacy laws and other impediments. According to the report, lawyers are now "working with experts from across the country to find legal means" to publicize names of priests whose guilt is "morally certain."

The report points out that Canadian laws on privacy protection are more restrictive than American law, which permits publishing names of priests who are "credibly accused."

"We have to figure out a way to balance our legal obligations with the public's desire to know," said Mary Margaret MacKinnon, a lawyer for the archdiocese.

The committee discussed 36 cases of abuse by clergy — 26 involving abuse of a minor, seven dealing with abuse of an adult, and three concerning priests who had fathered children. In July the committee forwarded its recommendations to Miller.

The report said that, for one committee member, the "most devastating realizations" were that victims who had come forward before the early 1990s were made to sign confidentiality agreements, "which meant that their stories were not made public."

Barred from speaking out against abusive priests, "there are still people in this archdiocese who continue to suffer in silence, keeping unhealthy secrets to themselves, living in shame that is not theirs to hold, believing they are alone and believing they are the only ones who have suffered such violation and degradation at the hands of a particular priest," said the report.

The archdiocese has not required confidentiality agreements since the early 1990s and has waived any previously signed agreements.

The committee recommended: establishment of an independent office for receiving allegations of sexual abuse; publishing the names and photos of clerics who are convicted, found "credibly accused" or have admitted to abuse; and requiring all people who work with children (religious or lay) to undergo safe environment training on recognizing and reporting inappropriate behavior.

The recommendations also call for mandatory performance reviews for all priests in the archdiocese; a study of seminary training and screening; ongoing healing and reconciliation opportunities for victims; and a Canada-wide registry of priests with credible accusations against them.

Canadian bishops' abuse policies do not include way to censure bishops

Retired Washington cardinal out of ministry after credible abuse allegation