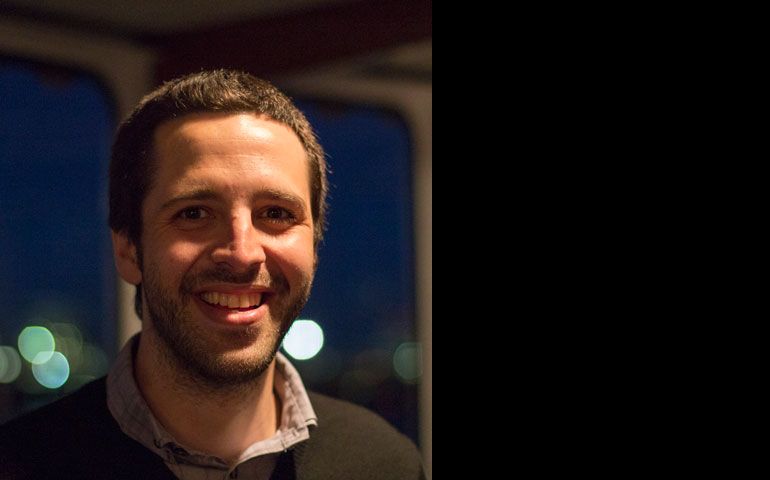 Think of a map of Catholic America pockmarked with the equivalent of radiation zones, areas where the previously unseen consequences of the sex abuse crisis are beginning to become apparent.

This is the alarming new finding of an academic paper titled "Losing My Religion: The Effects of Religious Scandals on Religious Participation and Charitable Giving," published in the September issue of the Journal of Public Economics.

Written by two Chilean-born economists, Nicolas L. Bottan and Ricardo Perez-Truglia, the paper identifies more than 3,000 scandal events throughout the United States from 1980 to 2010 and tracks how the scandals have affected religious affiliation and charitable giving.

It confirms a widely held belief among many social scientists that a causal relationship exists between religious affiliation and charitable giving. Indeed, the paper states that the "decline in charitable giving is an order of magnitude larger than the direct costs of the scandals to the Catholic churches (e.g., lawsuits)."

According to its authors, while the sum of lawsuits and other abuse-related costs over the last 40 years is estimated to total about $3 billion for the church, the decline in charitable giving costs the church an average of $2.36 billion per year.

"The estimates suggest that each scandal caused a decline of 1.3% in the total itemized charitable giving in the affected zip code per year," Harvard-trained economist Perez-Truglia explained in an email. "Multiplying that 1.3% by the total itemized giving in the zip codes affected by the 3,000+ scandals results in a decline in itemized contributions of about $1.77 billion per year.

"But that number does not include the effect on non-itemized contributions," which account for 25 percent of all giving, according to Perez-Truglia, who is a postdoctoral researcher at Microsoft Research. "Assuming that the effect for non-itemizers is similar to the effect found for itemizers, the total cost in charitable contributions would be $2.36 billion per year."

In an interview with NCR, Perez-Truglia further fleshed out the paper's findings.

"After there is an abuse scandal, there is a decline both in religious participation and charitable giving," he said. "So it seems that whatever the Catholic church is doing is a good thing, because it raises money for social services."

Perez-Truglia and Bottan performed their study by measuring religious affiliation and charitable giving at a zip-code-to-zip-code level. Then they examined how those dynamics reacted to localized scandals of clergy sexual abuse.

They relied on county-level data from the General Social Survey -- an annual study released by the National Opinion Research Center at the University of Chicago that collects data on U.S. demographic characteristics and attitudes, including religious inclination. They also measured the number of employees working in religious establishments and the number of employees working in establishments that provide social services, like soup kitchens and homeless shelters.

"What we see is a decline," Perez-Truglia said.

"Say a priest allegedly committed an abuse in a parish in New Jersey, and then 10 or 20 years went by, and the priest is working on the other side of the U.S., maybe in California," he explained. "Then someone comes out about the abuse that happened in New Jersey."

"We basically find that there is a decline that is pretty similar size in both places. So both the community where the abuse took place and the communities where the priest was working are being affected," he said.

"And the thing is, some priests may have committed abuses in multiple places," he said. "So some priests are responsible for a very, very large cut."

As scandals unfolded, the collateral effects were not always immediate. "It takes an average of three to four years for the decline to be very significant," Perez-Truglia said, "and then we don't see that participation or charitable giving bounces back after that."

Some who left the Catholic church tried other denominational churches before deciding to cease identifying with organized religion altogether. "In the first two to three years, some claim that they belong to another affiliation, mostly Christian, but after that they just say that they are not affiliated," Perez-Truglia said.

"The estimated decline in Catholic affiliation is anywhere between 9%-14% per each scandal event in the zip code where the scandal occurs," he wrote in an email. "These effects are long-lasting, meaning that even 10 years after the scandals took place we do not see any recovery."

The effects are "very localized," he said. They "don't seem to cross zip codes."

For some reason, they center on giving. Other "pro-social" habits, like voter turnout and small-scale campaign contributing, tend not to be affected.

"We are not sure what's going on," said Perez-Truglia. "One possibility is that [ex-parishioners] just don't have information. … Now that you are not going to church anymore … you don't know where to send your money, and so you don't send your money anywhere."

Also plausible, he said, is that giving is tied to social pressure.

"When you are part of a religious organization," Perez-Truglia said, fellow parishioners "have this information to give to you and to explain to you, and in some sense [they] make you feel guilty if you don't give."

Interestingly, decrease in religious affiliation does not translate into rejection of religious belief.

Church must open a process of truthful remembering

'The days of cover-up are over,' Schˆnborn