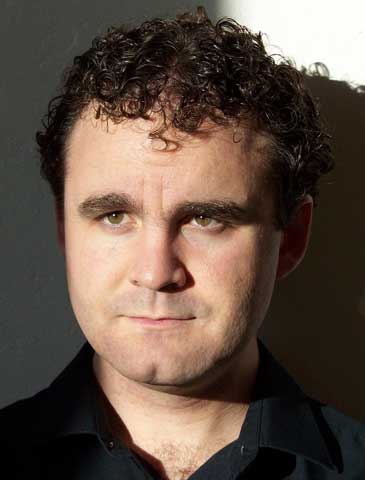 Here's a tale for the Advent season. It brings together friend and family -- a well-known religious sister and a young composer -- prodigious talent all around.

About a year ago, Joseph Gregorio, composer and conductor of choral music, contacted me to see if I knew a Sr. Christine Schenk. Most of our readers will recognize her not only as a relatively new NCR columnist, but perhaps better as founder and executive director of FutureChurch, a position from which she recently retired.

What most don't know about Schenk, a sister of St. Joseph, is that she is a poet of some account. She said she writes a few a year and has had some published. Gregorio had been searching for text for an Advent piece that had been commissioned the prior year by William Payn, now retired but then conductor of the Rooke Chapel Choir at Bucknell University. Gregorio found online the following poem by Schenk. It had been published in a December 2003 issue of NCR:

I wait
with quickened hope
for crooked paths
to straighten,

with tough-soul'd
anguish,
while blinded
keepers of the keys
shut out
God's own.
(If such a thing
were possible.)

I wait,
and will not be
dismayed.

For tiny shoot
of Jesse tree
took root in me
to love
transform,
give sight,
set free.

The inquiry led to a conversation and two other bits of verse, Schenk's versions of the O Antiphons, ancient texts used during late Advent services. What resulted was "Advent Reflections," a triptych of pieces for harp and chorus, published by Areté Music Imprints.

Full disclosure: Gregorio is the son of Marcia Roberts and Laurence Gregorio. Marcia is a cousin and both are longtime and dear friends. It is a family of boundless talent. The young Gregorio's mother is recently retired from teaching English at Gettysburg Area High School in Pennsylvania; his father, a highly skilled guitarist, is chair of the French department at Gettysburg College; and his sisters, Elena and Julie, sing in the chorus Ensemble Companio, which Gregorio founded in 2011 and which he also conducts.

Gregorio said that during their discussions of the work, it was Payn's idea "to have it be in three little movements." Given enough time, his composing process begins with becoming intimately familiar with the text. "I try to live with the poem for a little while and try to get it into my blood."

Where the musical ideas come from "is by far the most mysterious part of the process." Sometimes, he said, "I don't have to wait too long for an idea to come. Sometimes it takes a couple tries."

This is the text for the first of the three pieces:

This is the text for the final of the three:

You
who make
wastelands bloom
and water flow
from stony parapets,
shower now
this hard landscape
with freely
given grace,
so poor
deserted
chosen ones
can finally rest
in amber waving fields
of tender justice.
You,
do now
something
new.

A version of this story appeared in the Nov 21-Dec 4, 2014 print issue under the headline: Songs of Advent.