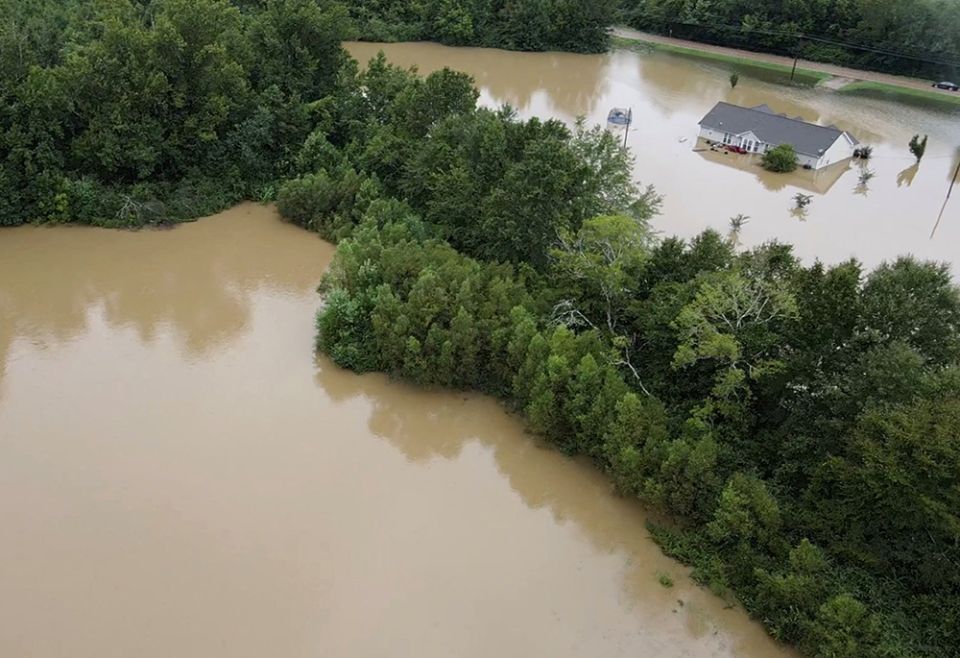 A building in Canton, Mississippi, is submerged amid flooding Aug. 24. (CNS/Tommy Keith Grant via Reuters)

Jackson, Miss. — Catholic Charities in the Diocese of Jackson, Mississippi, has begun distributing water to help residents besieged by a failing water system in the state's capital city.

Currently, the Catholic Charities disaster response team is assisting displaced families as a result of the Pearl River flooding and it is coordinating with the Mississippi Emergency Management Agency to become a distribution site for water at their office in Jackson.

"We are pleased that President Biden, Governor Tate Reeves and Jackson Mayor Chokwe Lumumba are working together to address the water situation in Jackson," said Bishop Joseph Kopacz of Jackson in a Sept. 1 statement. "We pray for long-term solutions to this problem, and a swift response to get water flowing back into all Jackson homes and businesses." 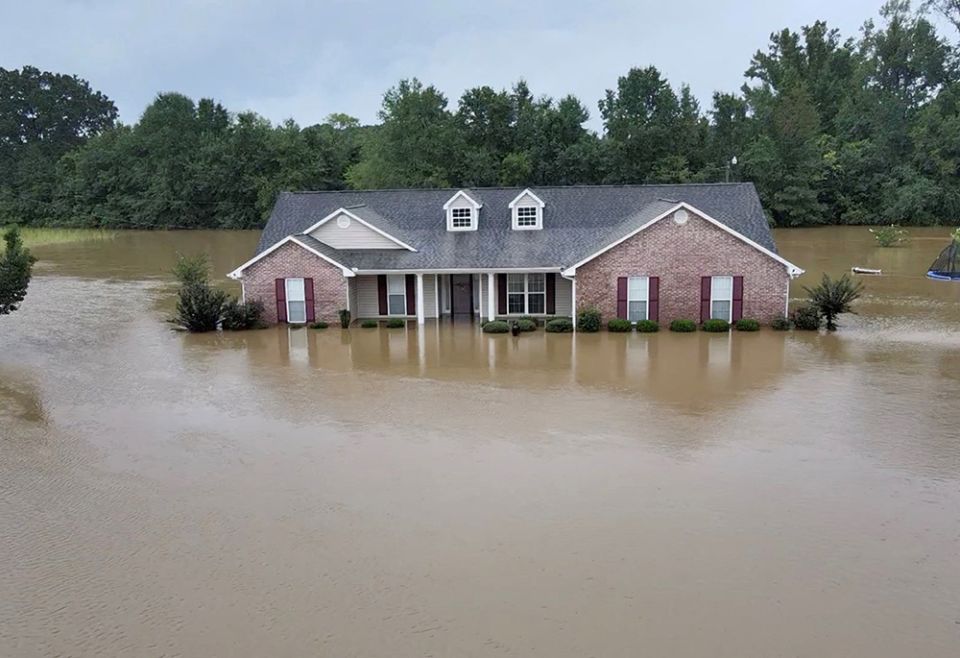 A building in Canton, Mississippi, is submerged amid flooding Aug. 24. (CNS/Tommy Keith Grant via Reuters)

Flooding of the Pearl River is just the latest in a long string of water-related woes in Jackson.

The city's water treatment plant has struggled for years to deliver clean, safe drinking water to all sections of Jackson, its primary service area. Some days, the water comes out of taps clear; some days, it comes out brown.

Reeves deployed the state's National Guard to distribute water to beleaguered residents, some of whom have had to travel as far as Memphis, Tennessee — 210 miles away — to find water supplies for their home and families.

By midday Sept. 1, there were lines of cars waiting to enter the state fairgrounds to get some of the water had had been delivered to the city that day by 108 trucks.

Deanne Criswell, administrator for the Federal Emergency Management Agency, went to Jackson Sept. 2 to meet with state and local officials, members of Congress and those impacted by the water crisis. Part of her itinerary included a visit to the Mississippi Emergency Management Office for an operational briefing.

In addition, a FEMA official visited a water distribution center to thank volunteers.

President Joe Biden declared Jackson a disaster area Aug. 30 because of the water crisis, which affects 150,000 residents and another 30,000 out-of-town workers. The aid money is also meant to address issues at the water treatment plant.