by Rona Kobell, The Revelator
This article appears in the Covering Climate Now feature series. View the full series. 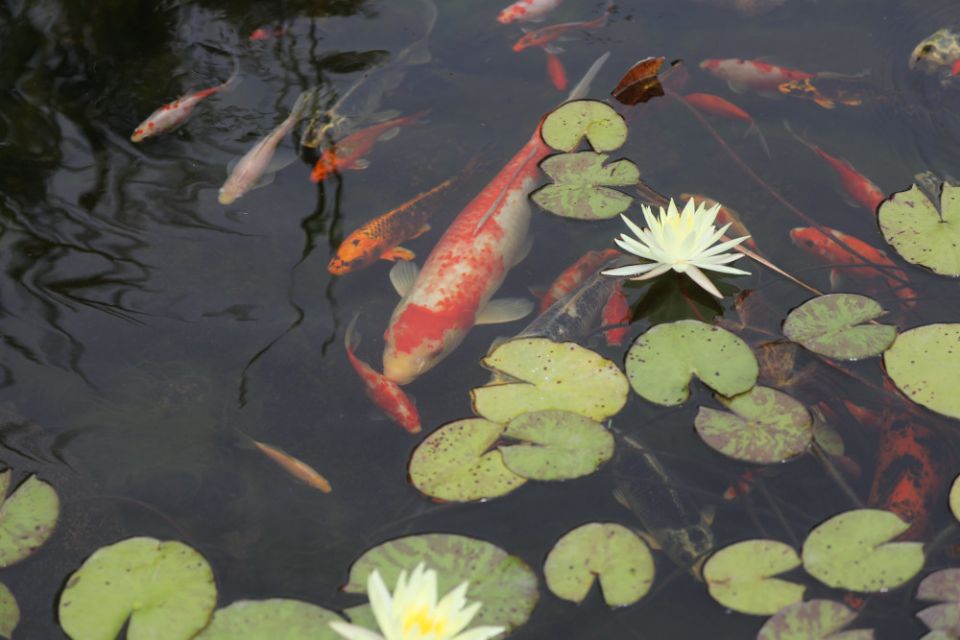 Editor's Note: This story originally appeared in The Revelator and is part of Covering Climate Now, a global journalism collaboration strengthening coverage of the climate story.

The Clean Water Act came to life the same year I did, kicking and screaming and full of promise. Now we're both turning 50 — me and the law formally known as the Federal Water Pollution Control Act Amendments of 1972.

The half-century mark is a good time to take stock of one's performance, and it's fair to say that, like me, the Clean Water Act has some wrinkles and blemishes. As a longtime environmental journalist covering the Chesapeake Bay, I've seen the Act struggle as it reached middle age. At times, it hasn't been all it could be, or all it should be.

It tackled the easy problems first, like factory pollution and sewage discharges, while putting off the harder lifts like agriculture and stormwater. And it's become weak in the face of problems it doesn't regulate, like manure runoff from small operations. It can seem, well, tired. As if it's lost its fight, its verve, and it's still following routines that don't quite get the job done. We're still wrangling over what waters fall under its jurisdiction, and what we define as a waterway. At 50, we should know what we are, right?

But I've seen major improvements that wouldn't have happened without the law. So even if a blowout party is unwarranted (it's still Covid times, after all), I think the Act is entitled to at least a nice glass of clean H20.

Fifty years after its passage, the Clean Water Act has restored fisheries in many rivers, lakes and estuaries. In Chicago, Pittsburgh, Chattanooga and Washington, D.C., residents can kayak on rivers that were once so fetid no one would dare go near them. Bostonians have taken clean water a step further; they can swim in the Charles. Musicians Randy Newman and Michael Stipe immortalized the burning smell of Cleveland's Cuyahoga River in their songs; today, largely thanks to the Act, the river has a state scenic river designation and has become a centerpiece of Cleveland's downtown.

With its cousin, the Clean Air Act, regulators forced polluters to stop emitting nitrogen, phosphorus, mercury and other pollutants into the air. Steel production, coal mining, oil and gas drilling, nuclear power generation — all these industries were put on notice. If they polluted the water, they wouldn't be in business long. The government and citizens could file suit under the Clean Water Act. Not wanting to face the negative publicity or the fines, many industries worked with regulators to clean themselves up.

The Clean Water Act doesn't celebrate its 50-year-milestone alone. It had help. On June 14, 1972 — the day I was born — the administrator of the U.S. Environmental Protection Agency banned the use of the pesticide DDT, which was killing eagles and ospreys in massive numbers. That October, Congress passed the Marine Mammal Protection Act to safeguard ocean mammals from poaching and other threats. 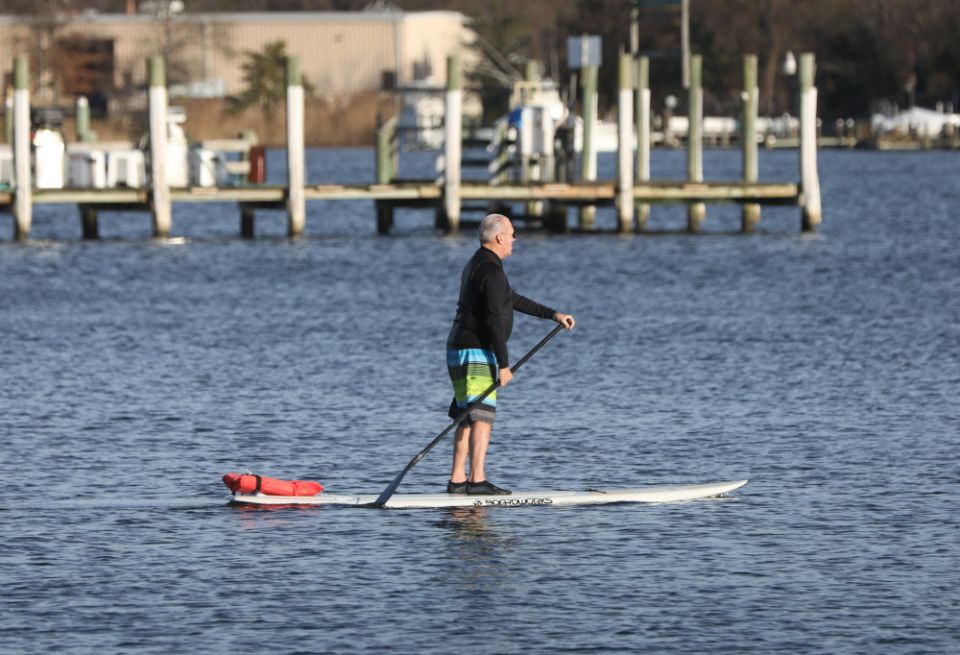 Thanks to these efforts, Chesapeake Bay now has more nesting pairs of bald eagles than any other place on the U.S. East Coast. The nation's bird soars at Conowingo Dam, a power-generating station on the Susquehanna River, and at Aberdeen Proving Ground, which was once on the nation's list of most hazardous sites for its legacy of pollution from munitions testing. Crabbers ply the waters from Baltimore to Norfolk; oyster dredgers work steadily in the Tangier Sound.

No species could thrive without clean water — nor could the fishers whose livelihoods depend on it. Aquaculture, too, has taken a hold in the Chesapeake. The most important consideration for where to locate an oyster farm or hatchery? The water's salinity, and its cleanliness.

I've long admired the fortitude of the bipartisan Congress that overrode President Richard Nixon's veto and passed the law to forever protect the waters of the United States. It wasn't the first law to do it — the Rivers and Harbors Act of 1899 made it illegal to discharge refuse of any kind into navigable waters, and it later required federal permits to put structures in the water. But the Clean Water Act expanded protections to all waterways.

Monumental as it was, though, now the Clean Water Act at 50 needs a bit of a refresh, since the pollution it's meant to stop has changed. In the Chesapeake Bay, our problem today is largely not industrial smokestacks but rather the detritus of how we live our lives. The Act doesn't regulate these "nonpoint sources," as we call them: the pesticides coming off our lawns, the motor oil and mercury in our stormwater, the nitrogen and phosphorus from the manure that farmers apply to their fields. We've made huge strides in sewage treatment, in standards for nitrogen emissions that end up in our waterways from cars, and in regulations for large animal facilities. But we have yet to figure out how to regulate the pollution that doesn't come out of a tailpipe or a smokestack. 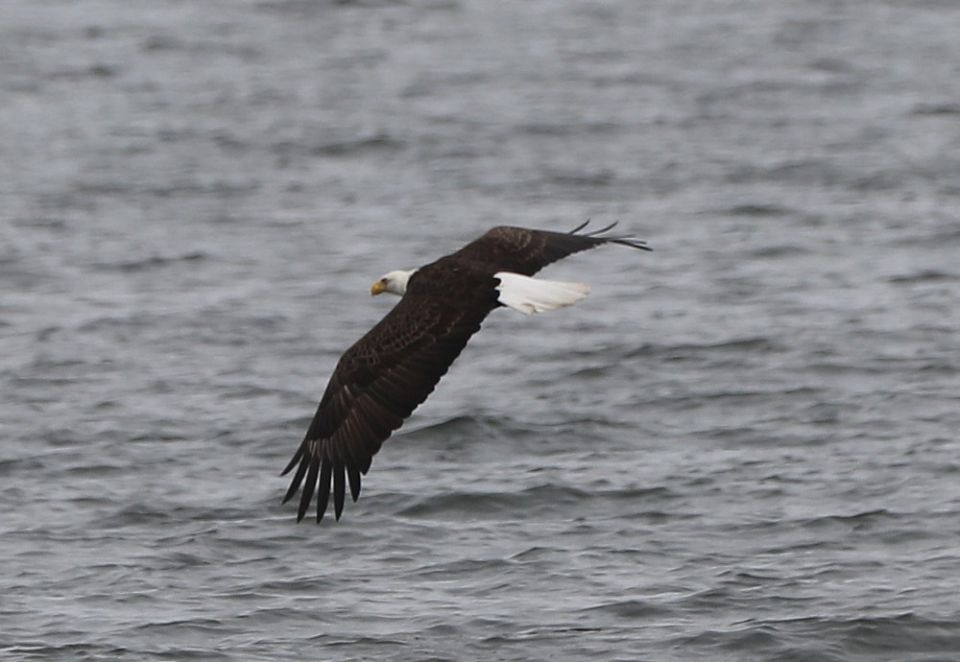 Another area that needs improvement: EPA officials regularly pass most of the Act's enforcement to states, and states chronically understaff inspection units. Earlier this year Maryland Environment Secretary Ben Grumbles promised the legislature he would ramp up efforts, but only after lawmakers reviewed reports of how much the situation had deteriorated. If enforcement is lousy in a blue state bordering Washington, D.C., imagine how it looks in other states. All of them need to look at the teeth in their laws.

Laws like the Clean Water Act are good at stopping bad things, but they're not always up to date for allowing good things. And that's what we need now, whether it's large-scale wind turbines in our oceans or manmade islands to protect crucial habitat for shorebirds. We need to eliminate barriers to beneficial uses of natural material, such as living shorelines, and not make the process of farming oysters so onerous. We need developers to understand that filling a wetland and creating another is nothing like no-net-loss; it's a capitulation of everything we hold dear. Water ecosystems take decades to evolve and grow; laws that protect them must take into account the importance of legacy plants that hold roots together and protect land and water.

Despite the wear and tear, the Clean Water Act is holding up. The women's magazines keep telling us 50 is still young and vibrant. And I hope that's true for this law. There's a lot more to do.

EarthBeat | On the Clean Water Act's 50th birthday, what should we celebrate?