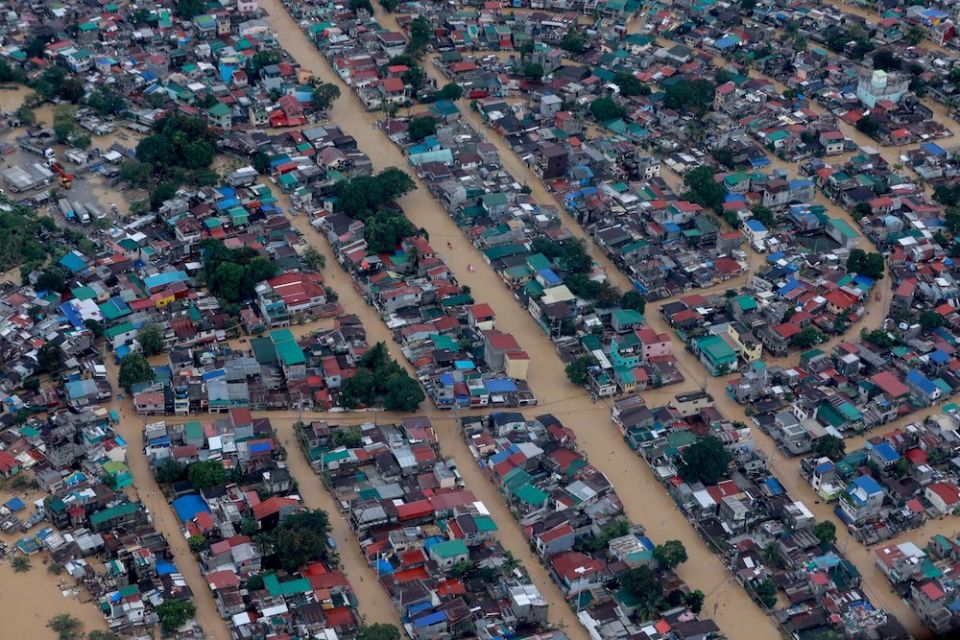 Two Philippine bishops have raised the alarm about rising sea levels that make Manila one of the fastest-sinking cities in the world. 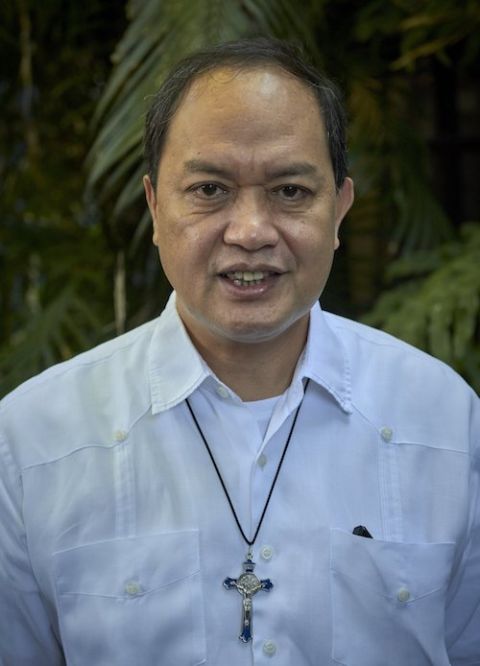 Bishop Pablo Virgilio David of Caloocan, Philippines, who heads that country's conference of bishops, is pictured in a 2019 photo. (CNS photo/Paul Jeffrey)

"Attention coastal parishes in Navotas and Malabon. ... Let us please put the climate crisis among our top pastoral priorities for social action," David wrote on his Facebook page.

He was referring to a report by Greenpeace East Asia claiming that by 2030, Manila's densely populated land area would become a lake. According to the study, the sea level has been rising at "unprecedented rates" over the past decade due to climate change caused by environmental abuse.

The report said much of the city's land mass would feel the impact of floods in 10 years, meaning more than 1.54 million Manila residents would be displaced.

David said parishioners have long felt the effects of floods and the rise of coastal waters due to typhoons, yet many had continued throwing garbage into bodies of water, reported ucanews.com.

"We have felt the continuing and extreme sea level rise in the past decades because of climate change. Now we are being threatened with the sinking of our coastlines and floods that would displace millions of our people and destroy billions in our economy. So please, let us take care of our environment," David added.

The prelate cited another study pointing to the rise of the sea level in Manila Bay of 13.24 millimeters per year.

"We have reports and data saying that metro Manila is sinking by a rate of 10 centimeters yearly due to the overextraction of groundwater within the region. The more water we extract, the more that we are sinking," he added.

The bishop urged Catholics not to rely only on government support when it comes to addressing climate change and other environmental concerns, ucanews.com reported.

"The Earth is our common home. Let us address it together — personally, within our families, by lessening our trash and saving our tap water. All these little things contribute [to] letting our environment heal. Otherwise, we will vanish with it," David said.

Meanwhile, Bastes warned Catholics that greed would be the key to humanity's doom if unchecked.

"Our greed for money up to the point of exploiting our environment as a common home is central in resolving climate change. Pope Francis was clear about this," Bastes told ucanews.com.

He challenged the government to prioritize the environment as "a pressing issue" like the coronavirus pandemic.

"I hope the government sees this issue [rising sea levels] as pressing like the pandemic. The pandemic is no reason for us to degrade the environment," Bastes added.