Consciousness grew, the force of resistance grew stronger, and now children have the floor 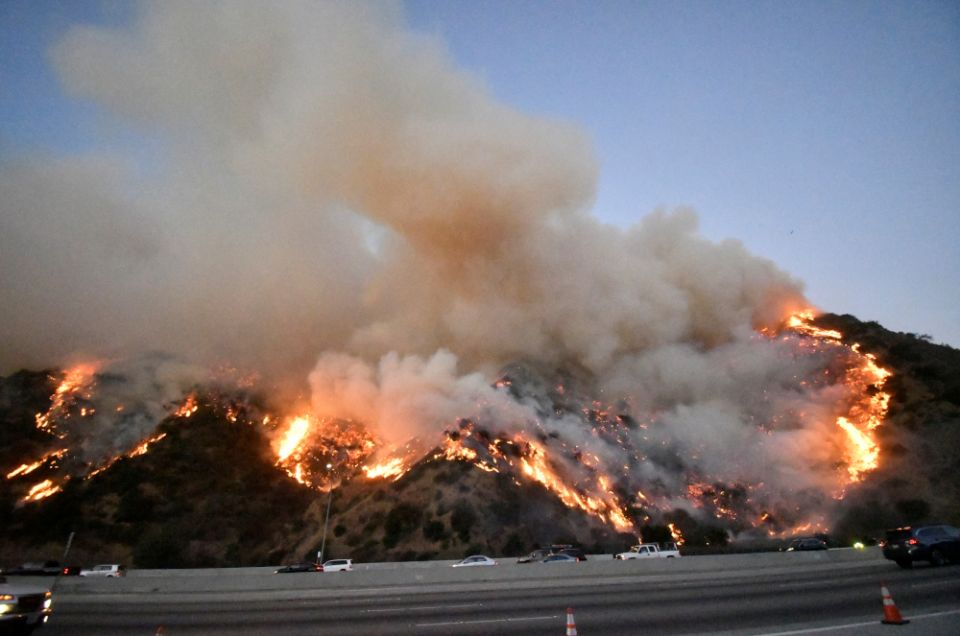 The Amazon is burning, storms are raging, islands are drowning, Jakarta is sinking, aquifers are going dry, species are going extinct, land is changing to desert, and places throughout the globe have experienced one of the hottest summers in history; meanwhile, laws meant to protect our planet are being lifted — and we have reason to hope? Yes, we do have reason to hope!

In August 2015, Pope Francis joined in echoing the plea for prayer for the care of creation expressed by Patriarch Bartholomew of the Eastern Orthodox Church, which had long celebrated Sept. 1 as the Day of Prayer for Creation. Francis expanded his call for prayer by calling for a Season of Creation. Today leaders of many Christian churches are calling for participation through prayer, action and advocacy. The crisis of the planet has united many Christians around a greater cause than all that separates them. This is reason to hope!

Not only Christians, but also people of diverse faith traditions have risen with one voice in prayer, action and advocacy on behalf of the planet that is home to all creatures. People of all faiths and those who claim no faith are realizing their interdependence with one another and every creature that lives. In sharing their belief and grief over the plight of the planet and its creatures, people are choosing to see with the eye of their soul and are discovering a oneness in their core that is far more powerful than any idea that seems to divide them. This is reason to hope!

As more and more people suffer the pain of the desertification of the planet, the lack of food and clean water, the sinking of their cities, the suffering and desperation of migrants, the pain of grief and lamentation escalates. Who could ever believe that this pain could be a blessing? And yet it is. When pain sears the core of the heart, when lamentation fills the Earth and outrage cries out from the deep soul of humanity, this can be the fertile ground from which powerful visions emerge. Pain, lamentation and tears can be a blessing, for these reveal the end of being blind and deaf, the end of denial — and this is reason to hope!

When I am with someone in spiritual direction, I get excited when I notice resistance, for I sense that a breakthrough of grace is on the way. Through years of experience, I realize that the greater the resistance, the greater the grace that is trying to be born into one's life. I believe the same holds for the world. A new consciousness began to emerge after the Holocaust and the explosion of the atomic bomb of World War II. The consciousness of separation and duality that had seemingly served the Western world so well revealed itself as horrifyingly destructive. A new consciousness began to emerge. This consciousness of oneness, interconnectedness, inter-being slowly etched its way into every system.

As this consciousness grew, the force of resistance grew stronger. Individuals make brave choices in favor of ecology, and corporations shift from policies that damage to policies that heal the environment. Places of worship install solar panels, demolition changes to deconstruction, and the poor become owners of bricks, doors and materials needed for homes. Roof gardens appear on skyscrapers, architects and contractors design and build for LEED standards, car manufacturers develop electric cars, municipalities go to zero waste, single-use plastic begins to disappear, people begin planting milkweed to attract butterflies and bees to protect our precious pollinators from extinction, and the Paris accord gets support from the grassroots. This is reason to hope!

In 2015, 21 young people sued the federal government over energy policies that contribute to climate change, which denies them the right to life, liberty and the pursuit of happiness. They claim the right to a climate system capable of supporting life. Thousands of supporters have added their voices. After years of setbacks by the executive branch of the U.S. government, the Supreme Court granted them a hearing. In June, the court of appeals voted to give this case (Juliana v. U.S.) a hearing. 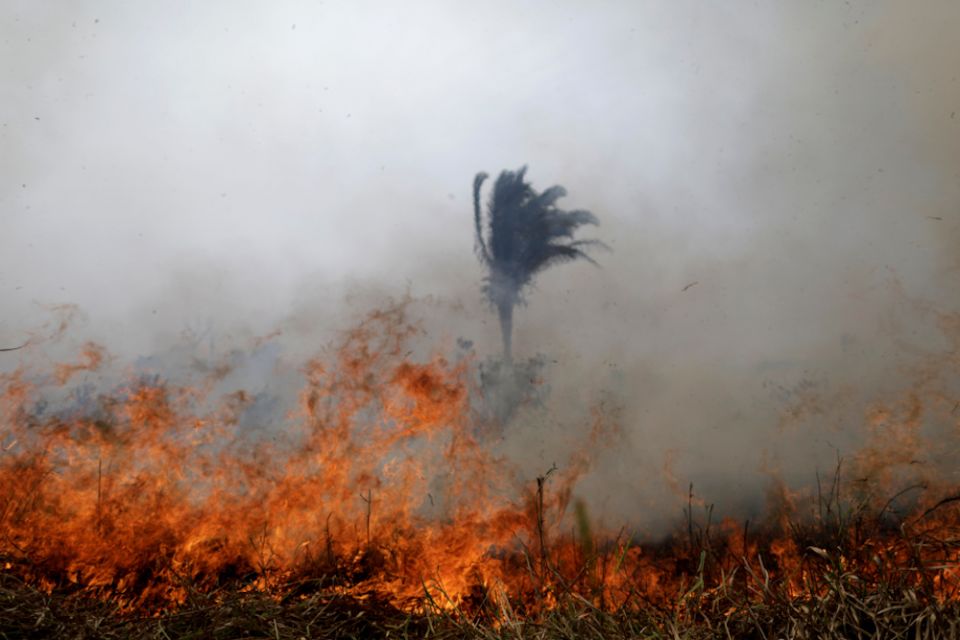 A tract of the Amazon forest in Porto Velho, Brazil, is cleared by loggers and farmers using fire Aug. 24. (CNS/Reuters/Ueslei Marcelino)

A 15-year-old Swedish girl named Greta Thunberg has raised her voice to speak at the U.N. and to Pope Francis about her outrage at the older generation's lack of urgency to save the planet. The voice of one small girl ushered in a global multi-generational outrage on behalf of the planet all call home. This is reason to hope!

On Sept. 20, the children of the planet sponsored a climate strike, calling for the voices, the prayer, the action and advocacy of every human being on behalf of our common home before it is too late. Is this reason to hope? Absolutely!

Enter into the season of hope. Ask the spirit to open your heart to oneness. Support the children of the planet who are giving their time, talent and voice in hope of a future for their children. Join the movement of prayer, action and advocacy for our common home and discover your hope being set ablaze to insure a future full of hope for those who come after us.

[St. Joseph Sr. Patricia Bergen has served on the leadership team of the Congregation of the Sisters of St. Joseph and is a spiritual and retreat director. All Soul Seeing columns can be found at NCRonline.org/columns/soul-seeing.]

This story appeared in the Nov 15-28, 2019 print issue under the headline: Hope for creation never runs dry .