by Craig Miller, Next Avenue
Action
This article appears in the Covering Climate Now feature series. View the full series. 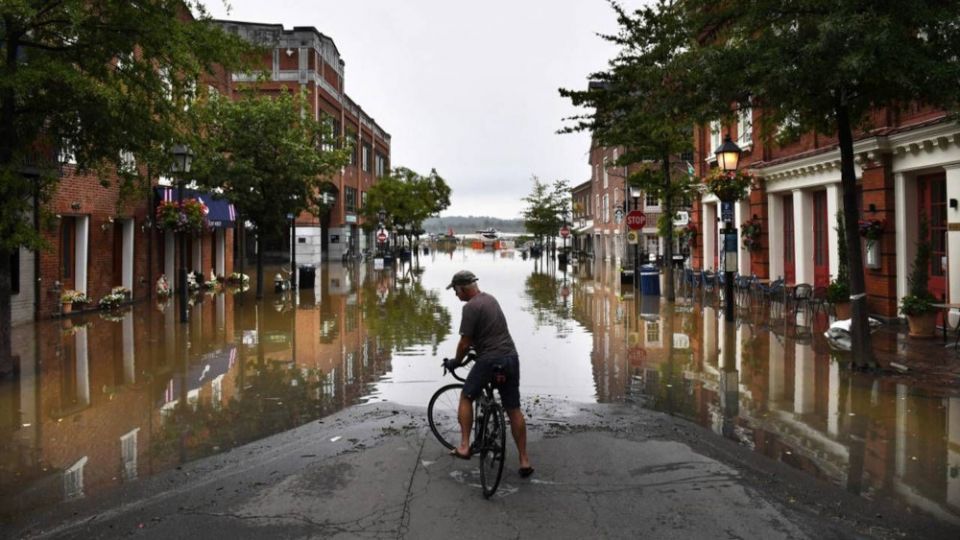 Editor's Note: This story originally appeared in Next Avenue and is part of Covering Climate Now, a global journalism collaboration strengthening coverage of the climate story.

The leading global authority on climate breakdown last week issued its most dire warning yet to global leaders. U.N. Secretary-General Antonio Guterres calls the report from the International Panel on Climate Change "an atlas of human suffering and a damning indictment of failed climate leadership," as people worldwide are "getting clobbered by climate change."

The report follows a trio of sobering new studies in recent weeks projecting accelerated rise in sea levels, a global crisis in burgeoning wildfires and wildly underestimated emissions of methane, a greenhouse gas shorter-lived but many times more potent than carbon dioxide.

But the IPCC report also reveals a narrow window of opportunity to halt the mayhem and offers specific strategies to cope with some of the worst effects. At the same time scientists offer a glimmer of hope that it's still possible to stop the global warming "train" dead in its tracks.

Next Avenue asked noted climate scientist Michael Mann to be the harbinger of good news, for a change. Mann, 54 (he calls himself a "late Gen-Xer"), directs the Earth Systems Science Center at Penn State University and is a member of the prestigious National Academy of Sciences.

He gets credit for thrusting climate into the public eye with his legendary "hockey stick curve," a graphic illustration of global warming since medieval times. It was seized upon by Al Gore for the memorable stepladder scene in his 2006 documentary, An Inconvenient Truth.

Mann recently co-authored a perspective piece for the Washington Post, in which he says we could halt the global heating process in more like three to five years and why the hope inspired by this knowledge is a critical first step in holding global heating to 1.5º C (2.7º F), the ceiling for avoiding the most dire consequences. The Earth has already warmed 1.1º C since pre-industrial times.

Next Avenue: What road are we on right now with our overheated planet?

Mann: We're anywhere between three and five degrees Celsius — like five to nine degrees Fahrenheit — warming of the planet, twice that much in the Arctic because of the amplifying effects of melting. So you know, under business as usual, we're headed towards what can reasonably be described as disaster.

Play that out a bit.

Three degrees Celsius — five degrees Fahrenheit — that's a world, first of all, where CO2 (carbon dioxide) levels are so high that we'll see a destruction of the world's coral reef systems through a combination of coral bleaching and ocean acidification. We will see far more damaging extreme weather events. We will commit to not feet, but meters, of sea level rise, enough to flood the major cities and coastal regions of the world. Exactly how quickly that would play out is subject to uncertainty because of the uncertainty in ice-sheet dynamics, just how quickly do ice sheets collapse once you warm things up.

And yet you say there's good news, which is surprising. For more than a decade, we in the media have been dutifully reporting that even if we stopped all emissions of greenhouse gasses, the planet would continue warming for decades to come. Now you're telling us we can shut off the warming abruptly if we shut down warming emissions? 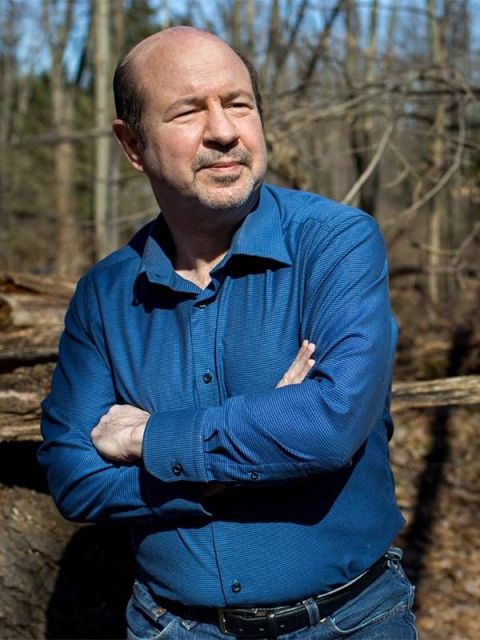 There is warming in the pipeline but it's offset by something else. What we're doing is putting carbon into the atmosphere and the Earth system itself determines what happens to that carbon. We know that about half doesn't remain in the atmosphere; it gets taken up by the oceans and by plants, in what we call the terrestrial biosphere.

Now we've gotta turn it off. We've gotta bring those carbon emissions down to zero. And if you do the math, we have to bring them to zero by midcentury. Once we reach zero emissions in 2050, then there is no more warming. And it's taken a couple decades for that aspect of the science to mature.

[Stopping the warming is different from stopping all of its effects, some of which, like melting glaciers and rising sea levels, are likely to continue for decades, regardless.]

You say the science to support this reversal has been evolving for some time. Why is it important to get this information out there now?

I think there is so much doom and gloom right now, and I think some of it is probably worsened by the health crisis that we're living through. We feel like we've lived through this dystopia and everything is caving in on us. And I think there's a tendency for a sort of climate hopelessness to just sort of be lumped in with this overall sense of despair.

We've read a lot about things we can do in our own lives to curb emissions but you caution that could be a distraction from the real work that needs doing. How so?

Individual action cannot be the solution to the problem. We need systemic change. We need policies that collectively move us all in the right direction. Not just people who are environmentally aware or who care about the climate crisis, but we want everybody to be making climate-friendly choices.

And the way we do that is through market signals [e.g.] incentivizing clean energy. It shouldn't cost you more to get your electricity from sources that aren't harming the planet. We provide massive subsidies for fossil fuels and we're not providing the same sort of subsidies for renewable energy.

'Individual action cannot be the solution to the problem. We need systemic change. We need policies that collectively move us all in the right direction.'

It's the inordinate emphasis, this overwhelming tendency to talk about plastic straws and hamburgers (encouraging livestock production) and not traveling and not having children. This plays into an industry tactic, an old playbook that was used by [Big] Tobacco, by the gun lobby, by the beverage industry: the whole idea of deflection.

Individual action is part of it. We should all do those things, right? I mean, why not save us money, make us healthier, set a good example for other people? We feel better about ourselves, but we have to recognize that just individuals like us choosing to engage in climate friendly actions alone, isn't gonna achieve the reductions that we need. So there is this very delicate balance.

Two of the five books you've written have characterized climate policy as a "war," including your latest, The New Climate War. But polls show that most people now recognize climate threats and support reducing emissions. So, where's the front on this war?

We still face this monumental effort by vested interests to cloud the public discourse over the climate crisis, to ultimately prevent us from making the changes that are necessary if we're to avert catastrophic warming of the planet.

So to the extent that there are bad actors who are intentionally blocking this effort to address the greatest challenge we face as a civilization, to me, yeah, that's a war on climate action. I don't use that wording lightly. But my belief is you have to call out bad actors. And as I say in The New Climate War, the easiest way to lose a war is to refuse to recognize you're in one.

Given all this, would you call yourself a climate optimist?

It's a monumental challenge. We've gotta reduce carbon emissions by fifty percent within this decade and bring them down to zero by midcentury. Can we do that? Yeah. We don't lack the technology. And this is where I fault some, like Bill Gates, for communicating this notion that we need new tech to do this.

I can say in good faith that the science does indicate that there is still hope for averting the worst impacts. And because of that, it would be so tragic if we fell into doom and despair at the very moment where we most need to act.