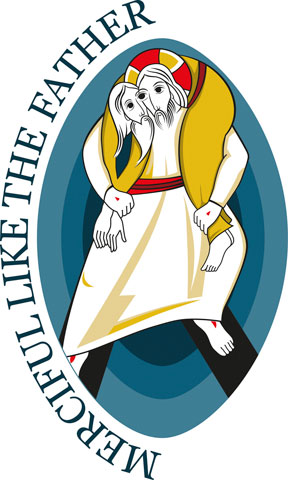 As Western powers mollified national constituencies by increasing air sorties over Syria and as U.S. presidential candidates advocated opening our national doors to only Christian refugees and closing our borders to all Muslims, Pope Francis began his Holy Year of Mercy by driving into a Muslim neighborhood in Bangui, Central African Republic, so racked by sectarian violence that armed U.N. troops fear to enter it.

In an open-air popemobile, Francis drove into that neighbor and proclaimed at its central mosque: "Christians and Muslims are brothers and sisters."

Later that day, Francis threw open the holy door in the Notre Dame Cathedral in Bangui. The first time in history a jubilee year opened outside of Rome, this goes beyond a symbolic action, showing that the Vatican isn't the center of Catholicism.

On the plane with journalists returning to Rome after his Africa trip, Francis was asked if the church would consider changing its teaching on birth control, particularly, will the church allow the use of condoms given the scourge of HIV/AIDS in Africa?

His response: "The question seems too small to me. It seems to me also like a partial question."

"Malnutrition, exploitation of persons, slave work, lack of drinking water. These are the problems," he said. The question the journalist asked, Francis said, "makes me think of what they asked Jesus one time: 'Tell me, master, is it licit to heal on the Sabbath?'

"I do not like to descend into reflections that are so casuistic when people are dying," he continued. "I would say to not think if it is licit or not licit to heal on the Sabbath. I say to humanity: Make justice, and when all are healed, when there is not injustice in this world, we can speak of the Sabbath."

He then went on to speak of fundamentalism, calling it a sickness and idolatry.

"Fundamentalism is a sickness that is in all religions. We Catholics have some -- and not some, many -- who believe in the absolute truth and go ahead dirtying the other with calumny, with disinformation, and doing evil. … I say this because it is my church. We have to combat it. Religious fundamentalism is not religious, because it lacks God."

This year may be known officially as a jubilee year and the Year of Mercy, but it could as well be called the year of big questions or the year to ask questions.

Catholics haven't been allowed to ask questions for the last 35 years. For decades, we've watched as the big questions have been sidelined while enduring endless exercises in casuistry. All answers, we've been told, can be found in the unyielding lines from the Code of Canon Law or the Catechism of the Catholic Church, as if these are the holy grails.

There is a reason that not a single entry on mercy can be found in the index of the New Commentary on the Code of Canon Law, the authoritative work commissioned by the Canon Law Society of America. Mercy cannot be codified, legislated or judged in a tribunal.

The fear inspired by legalism dominated the community's life for decades, but we've learned that fear stifles and kills; it does not nourish or transform. Mercy is an encounter with the other, and ultimately an experience of God. Mercy is transformation. That is Francis' message this holy year.

Francis reminds us that we are like the lawyers who asked Jesus about the limits of love and got the parable of the good Samaritan in return, or like the teachers of the law who brought the woman caught in adultery before Jesus and he turned them away. Jesus has replaced the law with love, and when we hear that, we are like the elder brother of the prodigal son, dumbfounded by the unimaginable extravagance of God's love.

Don't be mistaken or put off by the quaintness of some holy year exercises, and don't think this will be an easy year. The mercy Francis invites us to isn't a feel-good notion of "Everything's all right, do what you want." He offers no free passes.

We have a pope who is inviting -- challenging -- us to ask the most pressing questions of the day. The answers lie, Francis tells us, in the encounters at the peripheries of the church and society. That's why Francis has ordered the opening of holy doors throughout all the dioceses of world, and it was not by chance that he began his holy year in the slums of Nairobi, Kenya, and at a mosque in the forgotten capital of a war-torn African country.

Speaking at St. Peter's Basilica at the Vatican Dec. 8, Francis said: "We have to put mercy before judgment, and in every case God's judgment will always be in the light of his mercy. Let us abandon all fear and dread, for these do not befit men and women who are loved. Instead, let us live the joy of encounter with the grace that transforms all."

A version of this story appeared in the Dec 18-31, 2015 print issue under the headline: Seek encounter during Year of Mercy.