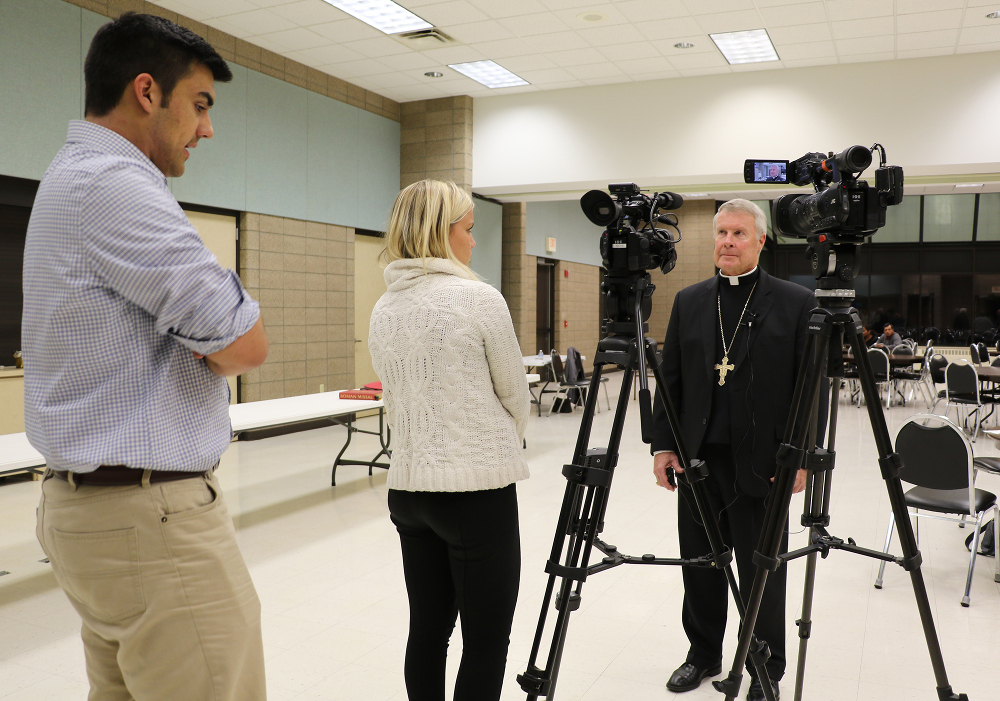 Bishop Walker Nickless of Sioux City acknowledged the consternation and sadness of the faithful when details concerning the news of decades of sexual abuse of adolescents by a former diocesan priest surfaced in late October.

"I understand the public, our parishioners' and victims' dismay at the information publicized in the Oct. 31 Associated Press article regarding former priest Jerome Coyle," the bishop said.

Nickless said the topic was discussed at a "conversation and listening" session Oct. 30 in Fort Dodge and was to be reported on by The Catholic Globe, the diocesan newspaper.

The Associated Press story said the diocese failed to reveal for decades Coyle's admission that he sexually abused dozens of Iowa boys while serving as a priest from 1959 to 1986.

"No one presently at the diocese had firsthand knowledge about Jerry Coyle and that includes me," Nickless said in a statement that appeared on the diocesan website in both text and video.

The circumstances surrounding the revelation of Coyle's abusive behavior began with a Nov. 14, 2017, car accident in New Mexico.

"Since then, we have been attempting to put the pieces together about what happened during the 1980s with the files and records that we do have on Jerry Coyle," Nickless explained. "There was never an attempt to cover anything up; in fact, we disclosed a great deal of information to those in New Mexico who were having direct contact with Coyle."

In 1985, Coyle was sent to Minnesota to be trained as a hospital chaplain. On Feb. 7, 1986, the co-supervisor of the program sent a letter to then-Sioux City Bishop Lawrence Soens — he retired in 1998 — stating Coyle indicated that he had been "overt" in his behavior with young boys.

The co-supervisor recommended Coyle be sent to the Servants of the Paraclete foundation house in Jemez Springs, New Mexico, for further evaluation. The Paracletes are a religious order that ministers to clergy who exhibit psychological and physiological disorders, including sexual attraction to children and teenagers.

Coyle was sent to New Mexico, and on May 15, 1986, Soens received a letter from the order reporting that over a 20-year period, Coyle admitted to wrongfully touching up to 50 seventh to 10th grade boys.

A week later Soens relieved Coyle of all parish duties.

Throughout 1986 Soens received reports on Coyle from the Servants of the Paraclete, covering spiritual direction, psychiatric counseling and group therapy. The bishop decided that Coyle would remain in the program into 1987.

In May 1988 a diocesan priest reported to the chancery that he had been approached by a college student who said he had been molested years before by Coyle. However, the young man discontinued contact with the intermediary priest. Soens then suspended Coyle from the priesthood.

The Paracletes offered to allow Coyle to live in an independent living apartment under the order and attend weekly therapy sessions.

In March 1990, Soens traveled to New Mexico to meet with Coyle's psychiatrist, who told the bishop that Coyle was not acting out sexually and was not a risk to the public at large. However, he felt it would not be "prudent" to put Coyle in a situation with children.

After the U.S. Conference of Catholic Bishops adopted the "Charter for the Protection of Children and Young People" in 2002 and through 2017, the diocese received more reports of clergy sex abuse, but none involved Coyle, Nickless said.

Then last Dec. 11 Coyle and a friend, Reuben Ortiz, jointly left a voice mail message for Nickless about a car accident Coyle had Nov. 14, 2017.

Ortiz had come to know Coyle through the Paracletes and indicated he was aware why Coyle had been sent to the order. 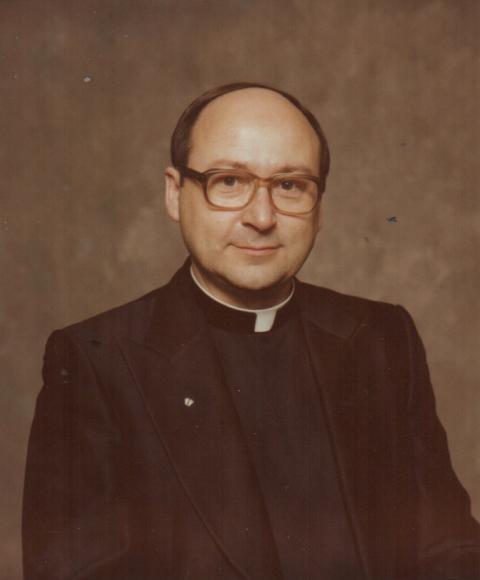 Because of the accident, Coyle, at age 85, relinquished his driver's license. Ortiz did not feel Coyle could live independently and allowed the former priest to live with his family for nearly three weeks; however, Ortiz said permanent living arrangements were being sought for Coyle.

Nickless subsequently called Ortiz and expressed reservations about allowing Coyle to reside with the family. Ortiz assured the bishop that Coyle had told him "everything" and Ortiz believed in "redemption and mercy."

In February the Coyle/Ortiz matter was discussed by the Diocesan Review Board. The consensus was that Coyle should not remain with the Ortiz family. On Feb. 12, Fr. Brad Pelzel, diocesan vicar general, wrote to Ortiz, outlining Coyle's admitted abuse and attempted to dissuade Ortiz from allowing Coyle to reside in his home.

Exactly three months later Nickless received a text message from Ortiz stating that Coyle insisted on returning to Sioux City. Ortiz indicated he would help with the move. Coyle, with the help of others, moved May 31 to the Marian Home in Fort Dodge.

"Diocesan officials are now in communication with these individuals and civil authorities are being contacted, since we have named victims now," the bishop said.

Nickless acknowledged that when Coyle admitted his abuse the churches and schools at which he served should have been notified.

"Victims should have been encouraged to come forward at that time," he said. "However, the church often sent priests to treatment, in hopes that sexual misconduct could be cured. We know now that is not the way to handle any allegation of sexual misconduct."

Meanwhile the Diocesan Review Board is preparing a list of clergy credibly accused of sexual misconduct for release.

"It cannot be said enough that we are truly sorry for the pain victims have and will face throughout their lives," Nickless said. "We want to do what is right to help them now and we plead with them to come forward and tell their story, so that we can have it on record."