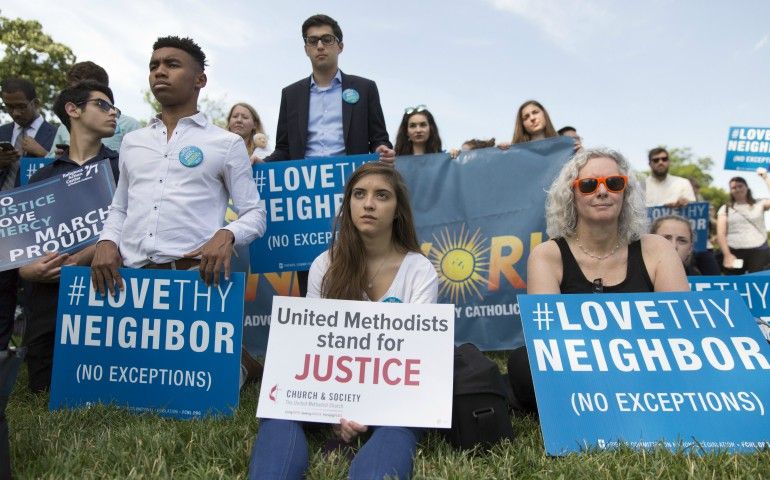 Washington — The Senate Republicans' latest effort to overhaul the Affordable Care Act is "unacceptable" and shows little improvement over the lawmakers' first attempt to reform the federal health care law, said the chairman of the U.S. bishops' domestic policy committee.

"On an initial read, we do not see enough improvement to change our assessment that the proposal is unacceptable," said Bishop Frank J. Dewane of Venice, Florida, chairman of the U.S. Conference of Catholic Bishops' Committee on Domestic Justice and Human Development.

"We recognize the incremental improvement in funding the fight against opioid addiction, for instance, but more is needed to honor our moral obligation to our brothers and sisters living in poverty and to ensure that essential protections for the unborn remain in the bill," he said July 13.

In his July 13 statement, Dewane referred back to his June 27 letter to senators that said any health care reform bill must uphold several moral principles: affordability; access for all; respect for life; and protection of conscience rights. The bishops also have stressed the need for U.S. health care policy "to improve real access" to health care for immigrants.

The U.S. Senate must reject any health care reform bill that will "fundamentally alter the social safety net for millions of people," he said in the June letter. "Removing vital coverage for those most in need is not the answer to our nation's health care problems, and doing so will not help us build toward the common good."

Dewane also said in that letter the U.S. bishops valued the language in the earlier Senate bill that recognizes "abortion is not health care," and that it at least partially succeeded on conscience rights. But he said it had to be strengthened to fully apply "the long-standing and widely supported Hyde Amendment protections. Full Hyde protections are essential and must be included in the final bill."

The June 27 letter reiterated points the U.S. bishops made in reaction to a June 22 draft of the Better Care Reconciliation Act. Dewane had warned that the bill's "restructuring of Medicaid will adversely impact those already in deep health poverty. At a time when tax cuts that would seem to benefit the wealthy and increases in other areas of federal spending, such as defense, are being contemplated, placing a 'per capita cap' on medical coverage for the poor is unconscionable."

The revised GOP bill introduced July 13 retains big cuts in Medicaid funding and in subsidies for low- and moderate-income people. It also scales back the federal portion that covers the cost of Medicaid, leaving states to pay more and find new funding and/or reduce benefits and limit who can enroll in the program.

The measure provides for $45 billion in grants to help states combat abuse of opioids and other drugs; the first version allowed $2 billion. It also would let people use money from their tax-exempt health savings accounts to pay for insurance premiums.

In addition, people would be allowed to buy just a catastrophic health insurance policy to cover serious accidents and diseases, like cancer. Insurance companies also would be allowed to sell policies that do not include all the coverage mandated by the ACA, such as preventive care and mental and substance abuse treatment — as long as they sell one policy that includes those requirements.

Supreme Court decisions and the US Catholic bishops