Time to cancel misogyny, and The Wall Street Journal 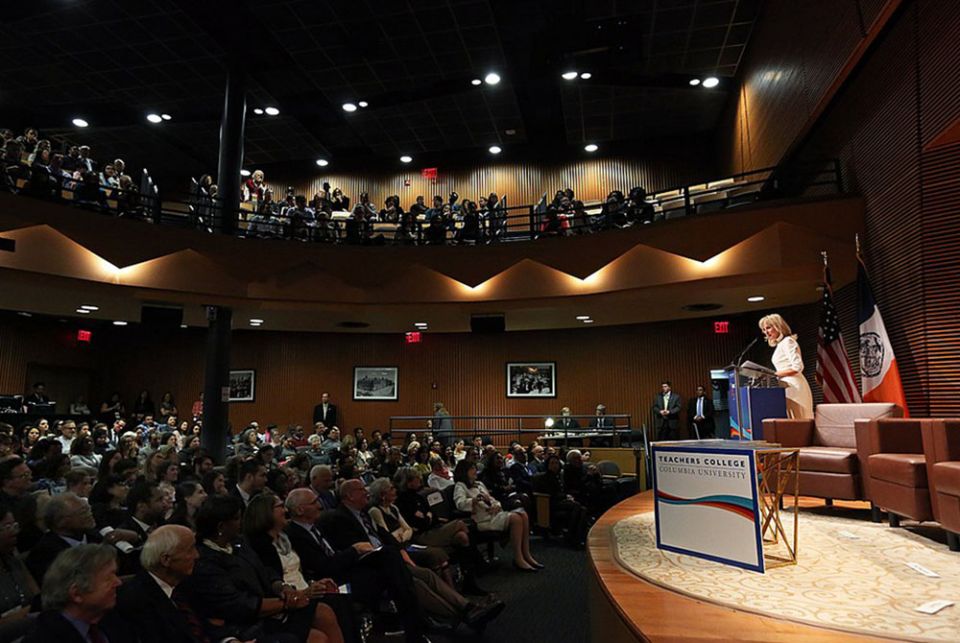 I write to say I am sorry you were the subject of such a patently stupid op-ed in The Wall Street Journal the other day. Mr. Joseph Epstein's essay "Is There a Doctor in the White House? Not if You Need an M.D." ranks among the most misogynistic screeds I have ever seen.

I know that many folks are still upset, even in denial, about the results of the presidential election. But I hate to see them to attacking your professional credentials, and for no reason at all.

The world is too connected, and life is too short, for people to keep harping on each other over an election that your husband won. There are other issues: global warming, unemployment, immigration. And, I know I don't need to tell you, people dying by the minute from COVID-19. Even so, I hope you will address questions about education in the United States soon after you set up your Washington office.

But, back to The Wall Street Journal and its essay writer, 83-year-old Joseph Epstein. For many years, Epstein taught writing and literature as a visiting lecturer at Northwestern University. Nearly concurrently, he edited the Phi Beta Kappa journal, The American Scholar. At Northwestern, he is said to have ignored and demeaned his female students.

Writing in The Hudson Review, he memorably called women scholars "pit bulls" and worse. Joyce Carol Oates wrote that his editorial reign was "an embarrassment." He earned a baccalaureate degree in the 1950s and has an honorary doctorate from Adelphi University.

Most people have never heard of Epstein, and one can hope most people never hear of him again. But the comments keep bubbling in newspapers, on Facebook and in the Twitterverse. Women scholars are outraged, and rightly so. A few men ensconced in male bastions of power are demonstrating their membership in the "Not Getting It Club" by deriding the women who recently added "Dr." to their Twitter handles.

Then, to make matters worse, The Wall Street Journal's op-ed editor, Paul A. Gigot, defended the Epstein piece, its publication and the attitude behind it. Not only does Gigot see nothing wrong, he thinks strategists for the president-elect are behind the outcry, on social media and elsewhere. Aside from the fact that Gigot seems to find a wily Democrat under every rock, I doubt he is capable of understanding what misogyny means.

Dr. Biden, I am sure it's not the first time you have been dismissed by someone without an advanced degree who cannot understand the accomplishment of earning a doctorate while raising three children and managing a household. If I recall correctly, your husband had a fairly long train commute while you completed your work at the University of Delaware. I am sure that also complicated your academic endeavors.

I want you to know that there are many others of us out here who have been treated identically, although perhaps not so in print. Whether our doctorates are 40 years old or newly awarded on Zoom, we have been subject to sniping about our research, our teaching and our university service ever since we stepped into the classroom. We have been given the worst teaching days and times, and we have received some of the silliest classroom evaluations you can imagine. We have also suffered comments, foul jokes and even untoward advances from the senior male faculty members on whom our jobs depended. Sneering comments about using "Dr." are the least of it.

You tweeted the other evening, "Together, we will build a world where the accomplishments of our daughters will be celebrated, rather than diminished."

Thank you for tweeting that, Dr. Biden, I hope for that world. I really do.

Phyllis Zagano is senior research associate-in-residence at Hofstra University in Hempstead, New York. Her most recent book is Women: Icons of Christ, and her other books include Women Deacons: Past, Present, Future (in Spanish as Mujeres Diaconos: Pasado, Presente, Futuro), published in France and Canada as Des femmes diacres and in Portugal as Mulheres diáconos: Passado, presente, futuro. Study guides for these books are available for free download at https://sites.hofstra.edu/phyllis-zagano/.

Column | Time to cancel misogyny, and The Wall Street Journal