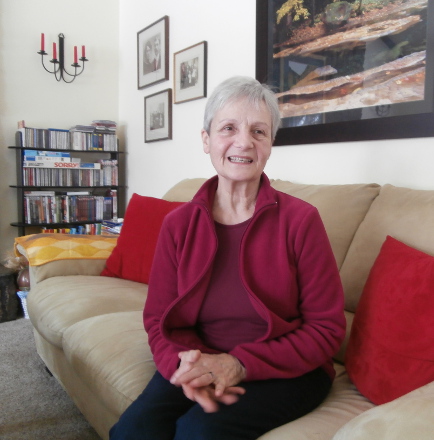 Editor’s note: This is Part 4 of a five-part series on the dispute between a pastor and his bishop in St. Francis of Assisi Parish in Bend, Ore. Removed from his post last October, Fr. James Radloff filed an appeal, but his request was denied by the Vatican, as the Congregation for Clergy sided with Baker, Ore., Bishop Liam Cary. Dated Jan. 31 and made public in Bend Feb. 14, the decision allows Cary to keep secret the reason for the ouster and permits a continued bar on Radloff’s public ministry. According to Radloff's canonical adviser, Fr. Thomas Faucher, Radloff received a letter from Cary Wednesday, Feb. 26.  It was dated Feb. 21. No details were available to the press.  Read Part 1 here, Part 2 here, and a revised Part 3 here.

To what degree the removal of Fr. James Radloff from ministry at St. Francis of Assisi Parish in Bend, Ore., by Bishop Liam Cary is as much personal as it is about a bishop establishing clear lines of authority or a pastor seeking justice is hard to pin down.

However, some observers point to a number of actions by Cary that support the notion that the bishop acted on personal motives as much as pastoral:

In his appeal to Rome, Radloff asked that the reasons provided him by Cary for his dismissal be made public.

"We need healing, not confrontation,” said Fr. Leo Weckerle, a former chancellor and judicial vicar of the diocese.  “My prayer is that Bishop Cary would meet with Fr. Radloff — solo, person-to-person — and discuss each of the charges against him. The bishop is a prayerful man, and maybe he needs to take the leadership role in resolving these problems, whatever the problems are.  Take as much time as needed. I don't know if this will happen.”

Weckerle noted, “The impression among many people is that this is like two 10-year-olds fighting on the playground. Perhaps they are not trusting the bishop as they should, especially when they really do not know the circumstances of the case.”

Parishioner Mike Cleavenger observed: “Ice has built around the issues and many relationships.  More resentment built as the process drug on.”

“By missing healing opportunities, Bishop Cary and Fr. Julian (Cassar) — who are experienced and well-educated — have allowed wedges to continue to be driven” between parishioners, Cleavenger said. Cassar, who had been rector of St. Francis De Sales Cathedral Parish in Baker City, Ore., was named to take over the St. Francis leadership role effective Oct. 17. While the cathedral is located in Baker, diocesan administrative offices are in Bend.

The retired law enforcement officer said Cassar “specifically made comments during Mass that” Radloff supporters “are a few misguided and troubled individuals and that we were somehow slamming the door on Joseph, Mary and the Baby Jesus.”

“The biggest opportunity for a healing moment is yet to come,” Cleavenger feels.

Cleavenger and his wife Kathleen found the Vatican ruling and Cary's response too much to bear. In a Feb. 16 email, Cleavenger wrote: “Kathleen and I will not be attending St Francis after 27 years. .... We leave open the possibility of returning, but that would take a leadership response from Bishop Cary that encourages healing, i.e. return of Fr. Radloff to service. ...”

“This is a situation that could have been avoided,” said Pam DiDente, a long-time parishioner who is currently a lector and once headed the school board.

Cary, she explained, “does not seem to have the skill-set needed to dialog. If he had, we would not be in this situation. We finally had a robust parish doing very well. It had stabilized. And then all of sudden he (Radloff) is banished? This just is not right.”

Another veteran parishioner, Wilma Hens, emphasized the need for reconciliation but also expressed concerns.  “Our current leadership, including the parish council, the presbyters, and the bishop, does not offer a forum where the people of God with different views regarding the removal and the return of our pastor Jim Radloff can openly and safely dialog with one another, rather than gossip in the parking lot,” she wrote in a Feb. 21 email. “Well-facilitated dialog with an effort to understand one another's different viewpoints and to find some common ground as a base for collaboration is a fine tool to bring the community together in diversity. It is well worth trying.  Religious communities of women have successfully practiced this for decades.”

Others share Hens' dubiety about a fair forum at the parish or diocese. One priest who asked to be anonymous charged, “Cary does not mediate or negotiate. He does not believe in those kinds of realities ... in those kinds of systems. He sees mediation and dialog as a sign of weakness.”

Organizers included Mary Steinhauff and DiDente. Steinhauff notified Cassar of their plans on Dec. 29, 2013. “Our intention and goal was to show support for Fr. Radloff during a prayerful hour, and be respectful and transparent to Fr. Julian,” she said.

Cassar phoned DiDente on the day of the event and told her that the bishop and parish council would not permit them to gather on church property because they were not an “organized or authorized parish group,” DiDente said.

"I asked him to authorize this as a parish activity and he was unwilling to do so," DiDente said.

The vigil took part on the sidewalk and street in front of the church.

“I truly do support Fr. Julian, but things are not rosy here,” said Donna Hodson in an interview a week before the Vatican ruling was announced.  An active parishioner of more than 20 years with two children currently in the parish school, she echoed many who said parish divisions have intensified, pointing out there have even been tensions within families — a husband, for example, refusing to return to Mass at St. Francis while his wife feels they should.

Hodson, vice president of the school's Parents for St. Francis organization, admitted she could not “bring myself to share the sign of peace” with parishioners next to her one Sunday — “people who had criticized Fr. Radloff.”

“Sometimes I want to burst into tears at Mass. It is a terrible situation. I don't know if we can recover from this,” she said, but added, “If we had both Fr. Julian and Fr. Radloff, we'd be terribly strong as a parish.”

Hodson was the mainstay of a parish program titled “Dinner with Father” launched by Radloff.  Held Wednesday evenings, the event welcomes anyone who wishes to attend, she said, “to build communion and fellowship.”

She expected about 50 for the initial evening, “but we had about 125 and it grew from there to where we were serving 250 to 325.”  The program continues and currently draws about 125, she said.

“He filled our pews” for the first time in a long time, Hodson said of Radloff. “I think he was incredible.  The real issue is not the parish, it is the diocese. I think the bishop has to go.”

Following the Vatican ruling, Hodson posted a rebuke of Cary on her Facebook page and notified NCR that she was leaving the parish. “I have been a Catholic all my life, 46 years. I am done. ....”

“With the present leadership, both at the diocesan level and the parish level, they do not seem amenable to common sense, problem solving, or good will,” said Eve McFarland, a semi-retired psychotherapist who at one time spearheaded the diocese's clergy abuse efforts as Victim Assistance Coordinator. “I would not relish getting into direct confrontation … because I see no chance for honest dialog.”

Once “very active” at St. Francis, McFarland left the parish before Radloff came on board “because my needs for spiritual nourishment could not, in my opinion, be met in the emotional climate of St. Francis.”

“My experience with Bishop Cary was a good first impression,” McFarland wrote in an email. “He had good eye contact and seemed to listen with a caring attitude in a couple of contacts I had with him. In his teaching and his homilies, he seems rather literal, without much reflection or depth, certainly sincere. However, with his behaviors toward the situation of Fr. Radloff, what I saw is not 'what I got' so to speak. What appeared on the outside was not, apparently, to be found on the inside and many others have described him as shut down, unexpressionless, and unmoved when asked about Fr. Radloff. There is so much more Fr. Radloff could tell you about his own personal experience with Bishop Cary, I do hope there will be a time for that because it might clarify the ostensibly personal nature of this conflict.” 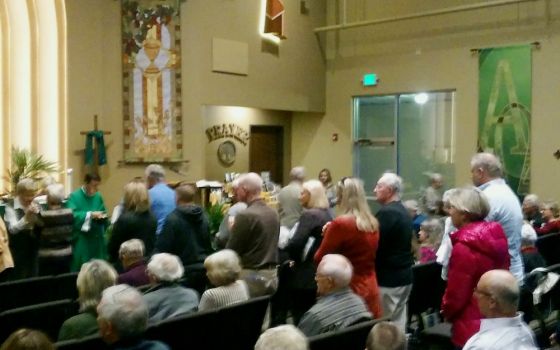