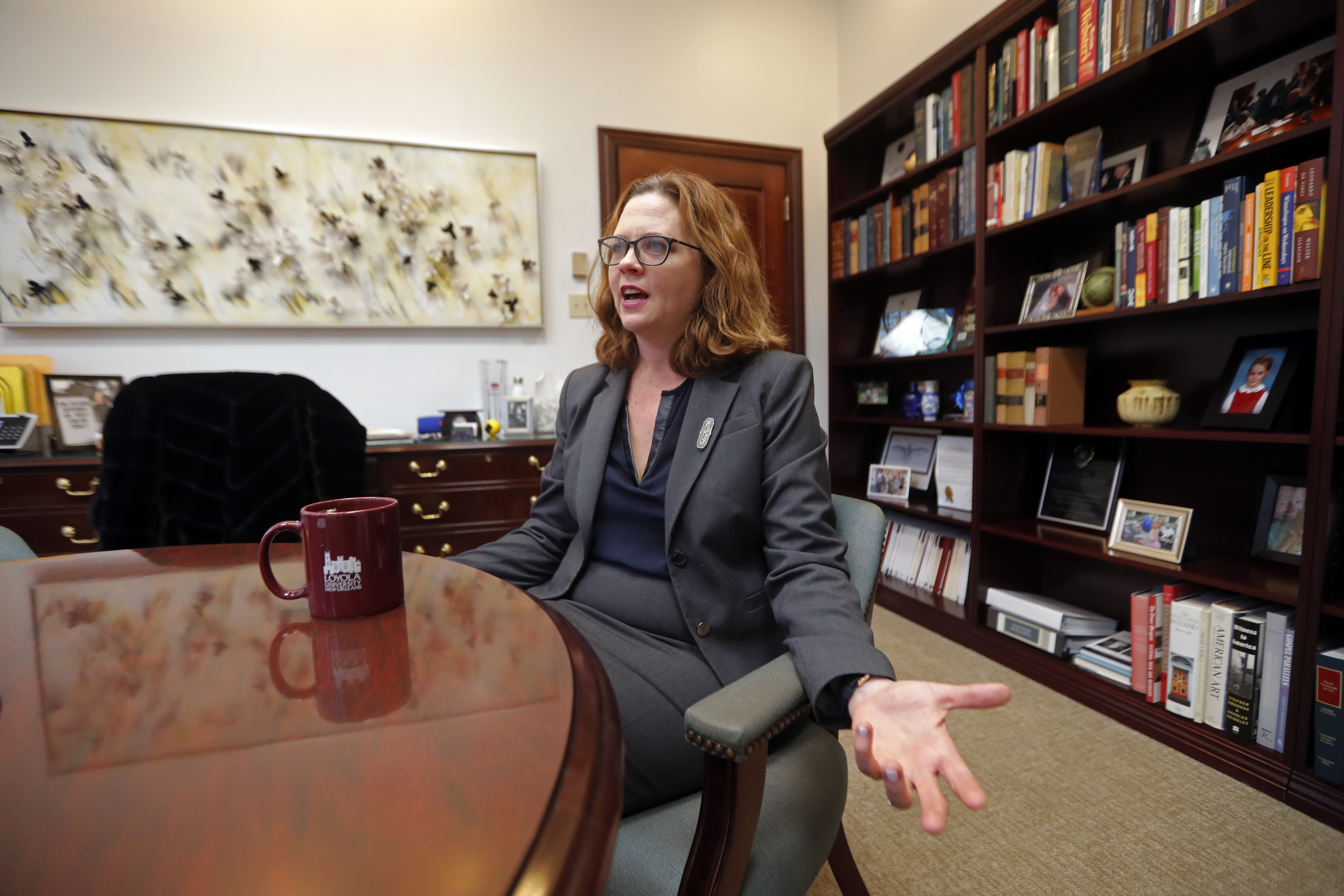 NEW YORK — Fordham University, a Jesuit institution in New York, has named its new president, Tania Tetlow. She is the first woman and first layperson to lead the school in its 181-year history.

Tetlow broke the same two barriers in her previous job, serving since 2018 as president of Loyola University New Orleans, a 110-year-old Jesuit university.

Tetlow was unanimously elected Thursday as Fordham's next president and will start July 1, Fordham Board of Trustees Chairman Robert Daleo said in a news release.

"This is a historic and exciting moment for Fordham. As a university that seeks to transform its students' lives, we are preparing to be transformed by bold new leadership," he wrote.

Fordham's outgoing president, the Rev. Joseph McShane, is stepping down after about two decades in office. McShane, in a news release, noted Tetlow's leadership qualities.

"Her commitment to Jesuit pedagogy and to Fordham's Jesuit, Catholic mission is both deep and well-informed. I shall rest easy with her in the office I have occupied for almost two decades," McShane said.

Loyola's enrollment has grown by 11% under Tetlow, and the largest and most diverse freshman class in school history started classes in fall 2021, Loyola said in a separate news release. It also credits her with starting new academic programs in growing fields, including neuroscience, nursing, marketing and communications, environmental law, healthcare administration and cybersecurity, and with strengthening the school's financial foundation.

"We are so grateful for President Tetlow's dedicated leadership, and are thrilled for her and her new colleagues at Fordham University," said Steve Landry, chair of Loyola's board of trustees. "We wish her great success as she moves on to this prestigious position at a fellow Jesuit university.

Tetlow became president of Loyola in August 2018 and was formally inaugurated that November.

Father Justin Daffron, Loyola's vice president of mission and identity, will be its interim president.

"It has been the greatest privilege to serve as president of Loyola, an extraordinary institution that means so much to me and generations of my family," said Tetlow, whose parents taught there and whose uncle was a dean.

"My decision to take on this new position is bittersweet, but I know Loyola is in excellent hands," she said. "I am so proud of the work we accomplished together and will be celebrating Loyola's continued success from New York."