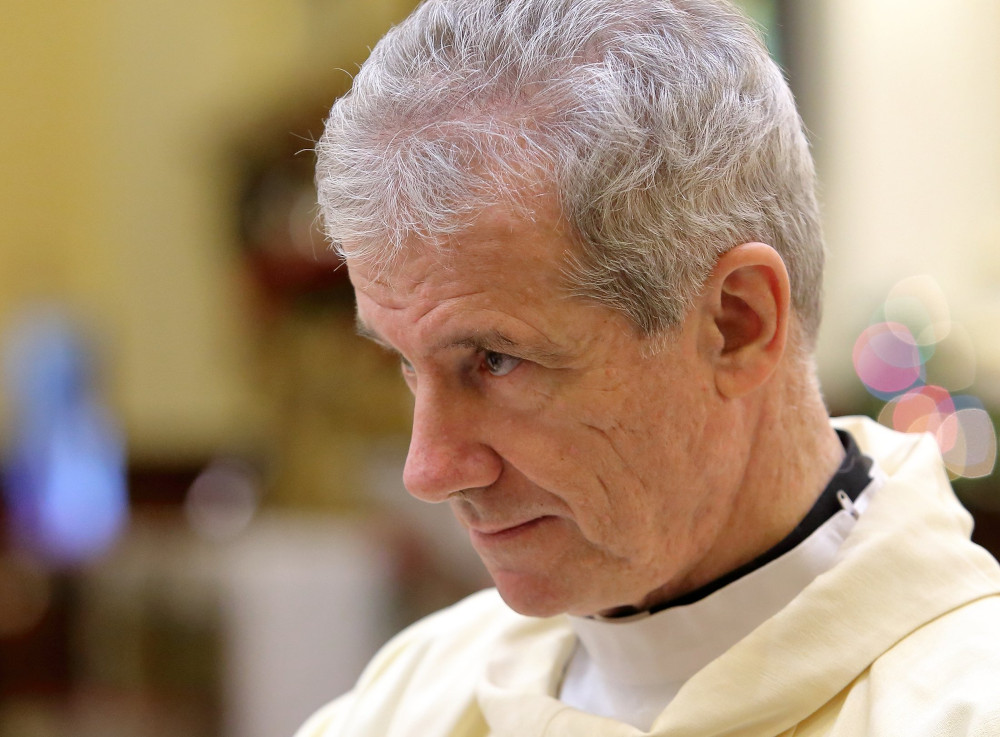 Archbishop Christian Lépine of Montreal is pictured at the Cathedral-Basilica of Notre-Dame de Quebec in this Dec. 29, 2019, file photo. In 2019 Lépine asked a Quebec judge to conduct an inquiry into the events leading to the arrest and conviction of Fr. Brian Boucher for sexual assault of two boys. (CNS photo/Presence/Philippe Vaillancourt)

For more than three decades, leaders of the Archdiocese of Montreal failed to properly treat the complaints and the red flags periodically raised about Fr. Brian Boucher, said a report prepared by retired Quebec Superior Court Judge Pepita G. Capriolo. Instead, church authorities seemed intent on covering the priest's behavior to protect his and the church's reputation, she wrote.

In 2019, Boucher was sentenced to eight years in prison for sexual assault of two boys; he was laicized in 2020. But in her 283-page document on Boucher, Capriolo said numerous incidents were reported and called into question during his career. For nearly 40 years, these warnings were all ignored or deemed irrelevant, especially because they concerned adults and not minors.

Capriolo reported not only on sexual abuse, but also physical assault, threats, loss or destruction of secret documents, and even a burglary in the secret archives of the archdiocese. The former judge called the case a "debacle" for the Archdiocese of Montreal.

Her report was issued Nov. 25, exactly one year after Montreal Archbishop Christian Lépine asked Capriolo to conduct an "independent external inquiry" into the events leading up to Boucher's arrest in January 2017 and his conviction in March 2019.

Lépine accepted Capriolo's conclusions "in humility and a deep sense of regret." On behalf of the church and "speaking for myself personally, I wish to say to the victims, to your loved ones and your parish communities how sorry we are that you experienced the effects of such terrible criminal acts, which should never occur, never."

Capriolo said she obtained full and independent access to all documents, including those contained in the secret archives of the archdiocese. She also was able to interview everyone whose testimony she deemed appropriate. More than 60 witnesses were met or interviewed, including Cardinal Marc Ouellet, the current prefect of the Congregation for Bishops, who served as rector of Montreal's major seminary from 1990 to 1994.

"Many people had complained about Boucher's unacceptable behavior over the years: He was rude, authoritarian, overly intense, intransigent, homophobic, racist, misogynist and verbally, and sometimes even physically, aggressive," wrote Capriolo. "These complaints were repeatedly reported to his superiors.

"Rumors about his untoward interest in young boys had been circulating since the 1980s and communicated to those in charge of the Grand Séminaire de Montréal as well as to the archdiocese. These rumors later became more concrete: Boucher was observed having a very close and worrisome relationship with a young boy at the end of the 1990s. No concrete evidence of sex abuse was brought forth, but how often is this behavior caught on camera," Capriolo wrote. "Despite the concerns raised over this relationship and brought to the attention of the authorities in ever-increasing detail, no investigation was undertaken at the time. "

Capriolo identified a lack of accountability of those involved in Boucher's education, training and career. For decades, only one action was taken: Boucher was sent for repeated psychological evaluations as early as 1990 and supporting therapeutic interventions and a six-month residential therapy, this time in 2003.

"The therapeutic approach served as an alternative to disciplinary action," she said.

In 2003, an Advisory Committee on the Sexual Abuse of Minors was formed in the Archdiocese of Montreal. "Unfortunately, neither its chairman, nor the vicar general, both bishops, thought it appropriate to refer the Boucher case to that body," Capriolo said.

Undue concern for Boucher's reputation prevented any investigation that could have led to more thoughtful decisions regarding his ordination, the report said.

In a letter delivered to Cardinal Jean-Claude Turcotte in 1995, the rector of the major seminary, the late Sulpician Fr. Louis-Paul Gauvreau, indicated that the institution had not thoroughly investigated allegations of problematic behavior received about Boucher. Gauvreau said that further investigation would require a detailed verification of all the reproaches made against Boucher, and such an investigation would inevitably lead to breaches of confidentiality that would damage his reputation.

In her report, Capriolo said "the culture of secrecy" that prevailed in the church during the period covered by this investigation caused both the disappearance of important documents and the widespread lack of a paper trail.

The report said it was not until Bishop Thomas Dowd — former Montreal auxiliary appointed bishop of Sault Ste. Marie, Ontario, in October — began his investigation of Boucher in 2015 that things began being investigated. But it said the culture of secrecy is well entrenched in the Archdiocese of Montreal. In 2016, at a meeting of the archdiocesan Advisory Committee on Sexual Abuse, one member suggested that all files related to the Boucher case be transferred to the Vatican Embassy in Ottawa where, benefiting from diplomatic protection, they could not be seized by police or judicial authorities.

"The responses to my inquiry were at times disappointing, sometimes shocking, always painful," wrote Capriolo. "I heard a lot of anger from parishioners and from lapsed Catholics who blamed the clerical sex abuse crisis for their departure from the church. I heard sorrowful acknowledgments of past mistakes and also broad denials of all responsibility. I was also reassured by members of the clergy and of the Catholic community at large that they saw this investigation as a positive step toward healing and renewal. "

Capriolo's report, in its entirety, is available online on the website of the Archdiocese of Montreal. It concludes with 31 recommendations. The former judge will co-chair the committee in charge of implementing them. Lépine wants it done in 2021.