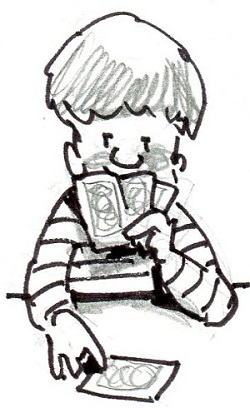 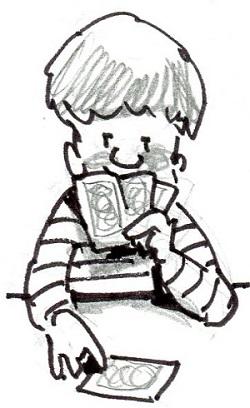 One wonders what would happen if the official church took a year off? What if more bishops said, “I don’t know; what do you think?” to difficult questions? What if more religious leaders said what Pope Francis said on the papal plane when asked about gay people. The microphones were up and the pens were poised when he said, “Who am I to judge?"

The problem with many religious questions is that people want reassurance that they are correct. This also divides people into right and wrong, good and bad.  Mark the trail for us so we won’t wander off into sin. So, if the pope can’t make the call, who can? Does the moral universe suddenly fall apart?

Part of the wisdom of Pope’s Francis’ answer was to restore a sense of reality about whether we can know about the inner life of any other person. Not judging them is not just because we shouldn’t but because we can’t.  We can’t judge their experience, their sincerity, their efforts along the way, their relationship with God.

If some critics pursued the pope’s suspended judgment by shifting the focus to objective criteria for good and evil, past official church teaching or criteria for an informed conscience, they encountered another of Francis’ admissions that he could not assume the role of judge because he himself was a sinner.   We are all, in fact, sinners. Only God therefore is in a position to judge anyone.

It is hard to imagine a 2,000-year-old church that has claimed to be in the position of moral arbiter of the universe being unable to judge others with divine certainty.  This is true despite the fact that the official church has been wrong about so many other issues, including slavery, the suppression of women, the nature of the Universe, most science.  Wouldn’t it be simpler and more honest to say, “We don’t know,” or “We need lots more information on that”?

Jesus makes clear the impossibility of passing judgment on others without incurring it ourselves. We can only judge by using the same measure we have for ourselves. We can only see another with the same eye or POV we decide is the standard for judgment.  The tiny splinter in my eye is so close to me, it appears to be a plank in another’s eye.  Subjectivity is bound to overwhelm all our judgments, but we will never know it unless we factor in our own prejudices.  It is better not to judge at all. Or to face the verdict, “It takes one to know one.”

A priest friend known for his humor and pastoral insights had cards made he would give to people who wanted him to resolve their moral quandaries.  The card announced: “I wish I could help you, but as of today I have resigned as the Master of the Universe.” By his report, the world did not fall apart, but many did get the joke and moved on more freely and less burdened by the need to judge.