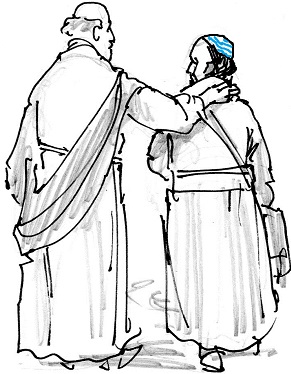 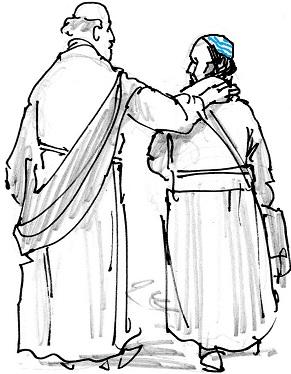 In the flurry of activity that surrounded their lives, Peter and Paul may never have thought of themselves as founders, but they were surely aware that what they said and did would have a real impact on what was to follow. They were being the church for the first time, and their example served as the tradition later generations would venerate and imitate.

Each of these Apostles was faithful in their own way. Peter was part of the mother church in Jerusalem, and he was an important figure for Jewish Christians. Paul was the missionary to the Gentiles. The Acts of the Apostles says that they opposed each other in the earliest and most crucial decision the church made — whether Gentile converts had to become Jews in order to be full Christians.

The first Council of Jerusalem resolved the conflict by holding that faith in the saving power of Jesus was the only requirement for joining the church.

Both Peter and Paul underwent profound conversions. Under pressure, Peter denied that he even knew Jesus at the time of the crucifixion. Paul persecuted the young church before he encountered the risen Jesus on the road to Damascus.

In the end, these two great apostles completed their missions and, according to tradition, were martyred by the Romans when Nero was emperor. Their faith was tested, and their witness was so powerful that they become leading models for the early church.

Part of their example to us is that God can use weak people, even failures, to demonstrate the power of grace. Two unlikely men, a proud fisherman and a brilliant tentmaker, became the founders of the church.