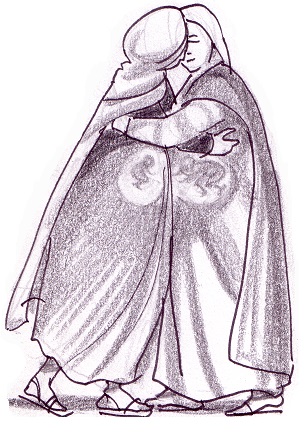 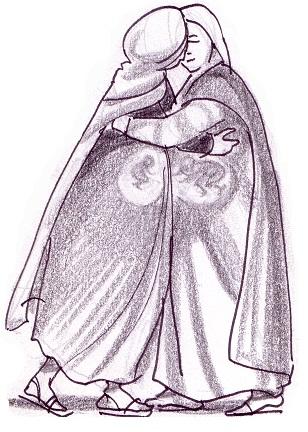 "Blessed are you who believed that what was spoken to you by the Lord would be fulfilled" (Luke 1:43).

If history records the lives of great leaders and the movement of armies that redraw the maps of nations, God's view of things is from below the false and fleeting structures of human ambition to reveal the real movers and shakers of hope and promise.

Two pregnant women greet each other in a village at the margins of the Roman empire 2,000 years ago, and at the sound of their voices the Word of God reverberates across the universe. The unborn child in Elizabeth's ancient womb leaps for joy and re-enacts the dance of David before the Ark of the Covenant (2 Sam 6:14). The unborn child in Mary's virginal womb reclaims the throne of David and the messianic memory of God's promise to liberate the poor.

This is real power hidden in vulnerability, and it sends tremors through the empire and through every subsequent boast of wealth and status that is not grounded in the plan of God. Of all the icons and insignias of kingdoms and dynasties, a single hero, hanging from a cross, will endure as the measure of dignity and freedom for all the world to see.

Mary overflows with joy and sings her Magnificat, praising God for keeping every promise to the anawim -- the little ones of history. Her canticle is one of nine recorded in the scriptures. Each one sings the same theme, the reversal of fortune for those history has forgotten in its rush for power. Mary's song is the song of Hannah (1 Sam 2:1-10), the mother of the Prophet Samuel. Zechariah, the father of John the Baptist, and Simeon and Anna in the Temple will add their voices to the biblical chorus of witnesses to God's mysterious and paradoxical ways.

Every generation sees its moment as the "best of times and the worst of times," a unique Dickensian drama, thus loading history's calculus with both hope and terror. Our moment is now, our world tottering between breakdown and breakthrough, dying and birthing. The violent and divisive rhetoric rising within the new digital magnifier of the Internet is both a beacon of truth and a vipers' nest of lies competing for influence and control. Our call is to align our fortunes with the Holy Spirit of history, who is always poised at the thin wedge of tomorrow, hovering over the waters of chaos to reveal the truth that dispels confusion and the mercy that calms our fevered minds and trembling hearts.

Two pregnant women and their unborn children announce the victory of love over death. Mary's canticle gently and slowly penetrates the cacophony of voices competing for power with the oldest song in the universe. God is love, God is love, God is love. Let this be our song, our hope and our call to action.