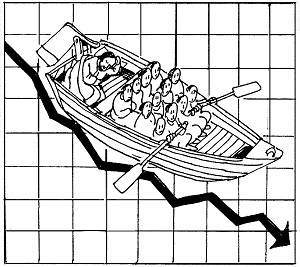 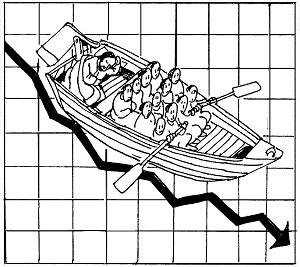 The Sea of Galilee plays such a prominent role in all of the Gospels, it is almost like a character in itself, interacting with Jesus and serving as a major backdrop for his teaching. Today’s story of the calming of the storm at sea appears in all three Synoptics, and other scenes of fishing miracles, walking on water and frequent crossings also occur in the fourth Gospel.

Why so important?  Water crossings are part of the Exodus event and when the Hebrews enter the Promised Land. Water is a symbol of death and regeneration, central to the story of the prophet Jonah and to the baptism of John in the Jordan River. Jesus fulfills these ancient stories by his death and resurrection, and this connection may help explain the importance of the Sea of Galilee.

One interpretation proposed by the late spiritual writer Paul Hinnebusch was that each lake crossing was a rehearsal of Jesus’ Paschal Mystery, his passage through death to life on the cross.  He was preparing his disciples to grasp the meaning of his death and resurrection by giving them the experience of having to trust him as they made dangerous journeys across the lake.

The memory of these crossings would have been especially significant for the early church at the time the Gospels were being composed. How often the church had had its faith tested by crisis and persecution. The Barque of Peter had endured storms and the Apostles had feared for their lives. Their boat had been swamped to the point of sinking, and even their prayers had gone unanswered as Jesus slept. His promised presence with them seemed like a ghost story, not solid faith.

The lesson of these memories was that Jesus would never abandon them. “Why are you terrified, O you of little faith?” The One who could rise from the dead could also quiet any storm. Furthermore, his disciples were already empowered to pass through every storm without fear, even if they had to walk on water.

This is the meaning of the Paschal Mystery. Those who are baptized already exist between life and death as members of the crucified and risen body of Christ.

If we really believe this, there is nothing that can stop us from accomplishing God’s purposes in our daily lives. This is the joy of the Gospel.