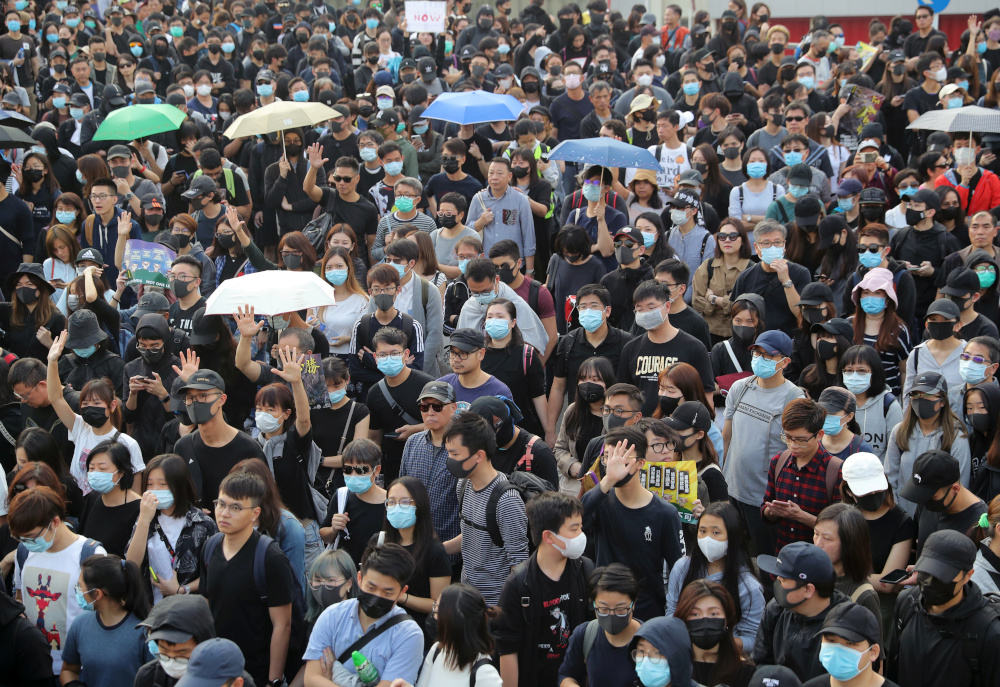 Catholic leaders in Hong Kong have widely supported nearly seven months of anti-government protests, except when they turned violent.

Cardinal Joseph Zen Ze-kiun, retired bishop of Hong Kong and a longtime supporter of anti-government protests, and Auxiliary Bishop Joseph Ha Chi-shing have been involved in both the protests and actively supporting protesters. Cardinal John Tong Hon, once retired but serving as acting bishop since January, also has shown support.

In June, up to 2 million Hong Kong citizens marched in street protests, demanding Hong Kong withdraw an Extradition Bill that would have allowed extradition of fugitives to mainland China.

In July, once it was clear the protests would continue well beyond their initial two weekends, Tong and Pastor Su Chengyi, chairman of the Hong Kong Christian Association, issued a joint statement. They listed four requests: that the government withdraw the revised draft of the Extradition Bill with China that triggered the protests; that the government establish an independent investigative committee to find the truth about the clashes between protesters and the government; that all parties exercise restraint and avoid provocation; and that the government dialogue with representatives of different sectors of society to resolve the issues.

So far, only the first request has been fulfilled; the protesters have a list of four unfilled demands led by an inquiry into police violence.

In a pastoral letter issued for Advent Dec. 1, Tong said: "Since mid-June, the Extradition Bill has driven many Hong Kong citizens with different stances to rally and protest on the streets. As events unfolded over the last several months, even though the proposed Extradition Bill was withdrawn, mutual suspicion, rejection and hostility between people with different political views have not been resolved. Conflicts have also arisen among family members, relatives and friends. "

He urged Hong Kong Catholics to emulate the early Christians and cry out "Come, Lord Jesus! Deliver us from trials and difficulties, and bring us inner tranquility and lasting peace."

"Besides fervently asking the Lord to give us consolation and strength amid suffering, let the many communities, organizations, parishes and diocesan offices, through actual pastoral care, help each one of us to recognize the Lord Jesus who still lives among us. He will personally walk with us through our desolation in order to rekindle our hope, as we face the reality and live. He will sweep away the prejudices in our hearts, so that we can see with the eyes of the loving father and accept one another as sisters and brothers. He will also put his hand into the wounds of our hearts and spirits, and turn them into the springs of joy and forgiveness." 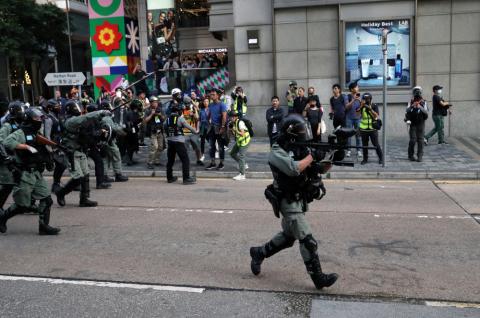 "In this moment that our freedom, dignity, and justice is being deprived here in Hong Kong, let us have a pilgrimage to visit three churches and pray to Our Lady, who understands the meaning of sorrow, to accompany us in this journey of suffering and ask for her intercession," the cardinal wrote.

But while fit and sprightly, he is aging, and Ha has been the church figure at the forefront of support for the protests.

Local Catholics in Hong Kong have told Catholic News Service that Ha is particularly popular with his parishioners and known for his deep commitment to pastoral work, and this has been on display during the protests.

On June 15, asked how long he would support the protesters, he replied: "No matter how long they stay, I will continue to stay with them. The shepherd should not just be with the sheep, but also guide them."

He has remained true to his word, and on Oct. 21 he escalated church demands for an independent police inquiry.

"I ask the Lord to move the government of the Special Administrative Region to respond to the public opinion and set up an 'Independent Commission of Inquiry' so that the community can begin with the truth and begin the path of real reconciliation," Ha wrote on Facebook Oct. 21.

Ha has pleaded with students to stay safe as violent standoffs between police and students have erupted at various universities in the city. On Nov. 13, together with a number of pro-democracy legislators, he asked to meet the Hong Kong police commander during the siege of Hong Kong's Polytechnic University, hoping to try and solve the crisis peacefully, but the police refused to have a discussion.

"It is apparent that we must try our best to heal the soul and body of our younger generation. Please do not ask me how to heal the young souls. I really do not know how that can be done without the intervention from the Holy Spirit," Ha told AsiaNews, a Rome-based Missionary News Agency, in a recent interview.

Hong Kong's 7 million population includes about 600,000 Catholics, many of whom have been prominent as city leaders. Chief Executive Carrie Lam and Donald Tsang, chief executive from 2005 to 2012, attend Mass regularly.