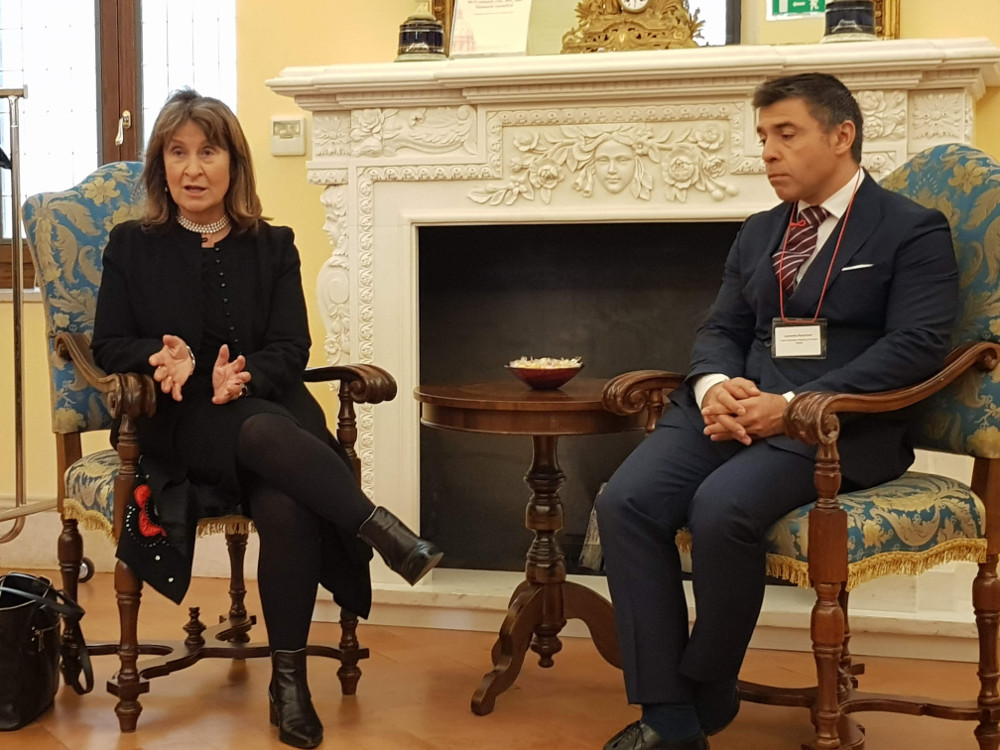 A network of lawyers, politicians and human rights advocates seeking an end to the criminalization of homosexuality met with Cardinal Pietro Parolin, Vatican secretary of state.

Baroness Helena Ann Kennedy, director of the International Bar Association's Human Rights Institute, told journalists April 5 that while there are doctrinal issues regarding homosexuality, Parolin agreed that decriminalizing homosexuality "is absolutely about the church's teaching about respecting human dignity."

"Human dignity is at the heart of this effort," she said. Parolin "accepted that it is fundamental to the teaching of the church and that absolutely — he was very, very clear — that violence in any form whatsoever is unacceptable."

Although the delegation was unable to meet with Pope Francis, Kennedy said she was grateful to Parolin, who was "receptive" of the group's call for decriminalizing homosexuality.

In a statement released after the meeting, the group also called on the church to take an active role in promoting the decriminalization of homosexuality and called "upon all states to declare illegal the application of the so-called conversion 'cure' therapies as degrading or cruel treatment and requests health professionals to refrain from taking part in any way in such therapies."

The Vatican confirmed that Parolin met with the 50-member delegation and was presented with "research on the criminalization of homosexual relationships in the Caribbean."

Alessandro Gisotti, interim Vatican spokesman, said the cardinal reiterated "the Catholic Church's position in defense of the dignity of every human person and against every form of violence."

"After having listened to the presentations of some of the participants at the meeting, Cardinal Parolin then assured that he would inform the Holy Father of the contents of the research," Gisotti said.

Since 2008, the Vatican has expressed its opposition to unjust discrimination against homosexuals and against laws making homosexual activity illegal. The Catechism of the Catholic Church teaches that gay people "must be accepted with respect, compassion and sensitivity."

However, that same year, the Vatican opposed the endorsement of a U.N. universal declaration that would decriminalize homosexuality because, it said, the document's language might be used to put pressure on or discriminate against countries that do not recognize same-sex marriage.

Nevertheless, Kennedy said the group's meeting with Parolin was the "start of a process" and expressed her hope that continued dialogue will lead to a formal statement condemning the criminalization of homosexuality as an official policy of the Holy See.

Pope Francis has "met with members of the gay community and he's indicated his compassion and understanding," Kennedy said. He has reminded the world that "the teaching of the Catholic Church is about respect for human dignity."

Each person, she said, "is created in the image of God and that is how they should be treated by their fellow citizens."