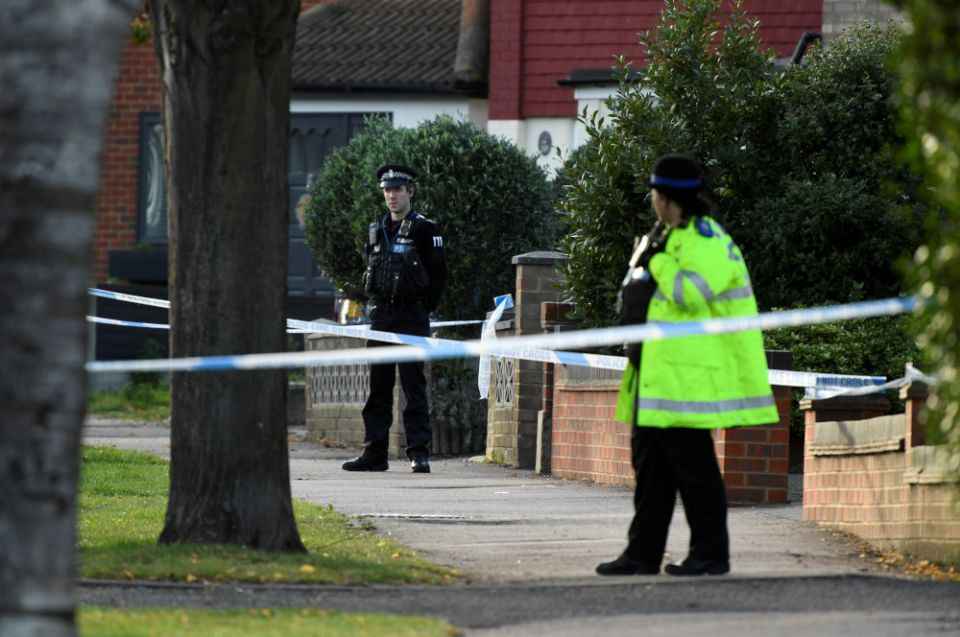 Police officers guard the site where Sir David Amess, a member of the governing Conservative Party, was stabbed while meeting constituents in Leigh-on-Sea, England, Oct. 15, 2021. Following the outcry over the murder, police in England have changed guidance to allow priests to access crime scenes to give last rites to dying Catholics. (CNS photo/Tony O'Brien, Reuters)

Manchester, England — Police in England have produced national guidelines to allow priests to give last rites to Catholics dying at crime scenes.

The change follows the outcry by Catholics at the denial of permission to Fr. Jeffrey Woolnough to pass through a police cordon and administer the sacrament of the anointing of the sick to Sir David Amess, a Catholic politician, after he was stabbed repeatedly in a suspected terrorist attack Oct. 15.

The College of Policing published the guidelines online following meetings of a joint group convened by Dame Cressida Dick, Metropolitan Police commissioner, and Cardinal Vincent Nichols of Westminster, president of the Bishops' Conference of England and Wales, in the aftermath of the murder.

The updated guidelines make it clear that police may permit priests to visit crime victims to administer the sacraments.

It also set outs situations in which such access might be limited, including, for instance, "the need to secure and preserve the crime scene and the material within it."

Archbishop John Wilson of Southwark, who represented the Catholic Church in the joint group, said in a March 31 statement he was pleased that a common position could found.

"At a critical time, such spiritual and/or family support can make all the difference for those for whom it is important," he added.

"For Catholics, this means access by a priest who will be able to offer absolution, anointing and prayers of accompaniment -- often referred to as the last rites. We are very grateful for this."

Sir David, Conservative Party member of Parliament for Southend West, was attacked at Belfairs Methodist Church in Leigh-on-Sea, where he was meeting voters to discuss their concerns.

Ali Harbi Ali, a 26-year-old British Muslim of Somali origin, is standing trial at the Central Criminal Court in London accused of the murder and of preparation of acts of terrorism. He denies the charges.

Hearings scheduled to begin April 4 were adjourned for at least four days after the judge tested positive for COVID-19 and was unable to attend.

Maryknoll has 'sending ceremony' for largest lay missioner class since 2005