Popes have learned to embrace sports and Olympics 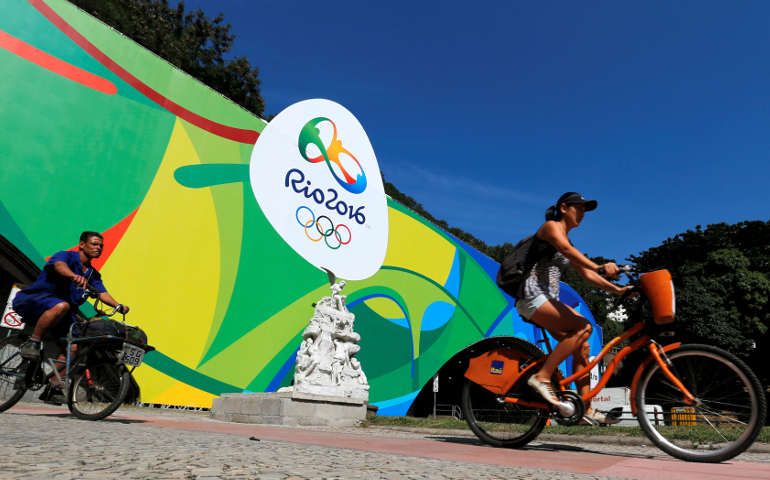 When, in 1960, Pope John XXIII welcomed 4,000 athletes to St. Peter’s Square prior to that year’s Rome Olympics’ opening, Time magazine quipped, “the communists, to whom the Vatican is anathema, rarely pass up a chance to remind their subjects of the of the dangers inherent in any contact with the Church of Rome. Sometimes the attacks are vicious, sometimes merely amusing.”

Fast-forward thirteen Olympiads plus a revolution in communications and Pope Francis releases a 90-second video in time for the 2016 Rio gathering that is part prayer and part celebration of sport.

Fifty-six years ago Time magazine tongue-in-cheekily noted the presence of athletes from “Iron Curtain countries,” without, however, bothering to check whether any Russians were among them. “All this,” Time slyly continued, “despite the church’s hostility and ambivalence to sports in the mid-late 19th century.”

That remark though wasn’t without merit.

In their study, Catholic Popes and the Modern Sports Movement, Miroslaw Ponczek and Adam Fryc suggest the ambivalence toward sport at the time was rooted in the church’s attitudes toward all social life -- if the activity “did not result from the recommendations and principles of the church” is was not important, or worse, it was wrong.

Not without amusement, perhaps, Ponczek and Fryc do remark that evidence of Christianity’s links to sport date back almost to its origins. Paul, in 2 Timothy, wrote, “If anyone competes as an athlete, he does not receive the victor’s crown unless he competes according to the rules.” (2 Tim 2:5). Something for Russia to consider. Paul had two further competitive “race” references.

Once Rome’s attitudes toward sports changed more changes followed rapidly, not least because some of the early 20th century popes were themselves athletes, or athletically minded, or had played on sports teams. Pius X (1903-14) was on seminary teams (activity not mentioned, but possibly competitive gymnastics) and in 1905 he met in the Vatican with the founder of the modern Olympics, Baron Pierre de Coubertin. In 1914 Pius X also happily welcomed Major League Baseball clubs the New York Giants and the Chicago White Sox to the Vatican, even though it was possible he’d never seen the game played.

As a seminarian and young priest Pius XI (1922-39) was a great outdoorsman. He had petitioned to join the 1899 Italian North Pole expedition, but they would not take a priest. Nonetheless, this Pius was a leading Alpinist and wrote a book about his adventures, Climbs on Alpine Peaks.

Also a mountaineer, and possibly a keen horseman in his youth, Pius XII (1939-58), had been a boxer. Ponczek and Fryc quote his remark, “and it wasn’t just shadow boxing.”

No pope stands out more for his vigorous, healthy lifestyle and support of physical culture than John Paul II (1978-05). A soccer goalkeeper in his youth, he was also an active gymnast. Nor, as he climbed the ecclesiastical ladder, did he relinquish swimming, kayaking, skiing or mountain climbing. He even added a “sports” component to the Pontifical Council for Lay People, with the U.S. priest Fr. Kevin Lixey as its leader.

Pope Francis as a lad belonged to the San Lorenzo athletic club and keenly supports the San Lorenzo soccer team. While meeting with an Italian soccer club in May 2015, he reminded Catholic athletes “not to forget to go to Mass amid training and competition.”

On Friday, Francis offered well wishes for the athletes who will compete in the Games.

Good luck to the athletes at #Rio2016! May you always be messengers of goodwill and true sporting spirit.

While in Brazil for World Youth Day in 2013, Francis blessed the Rio games Olympic flag. And last week, he set the August papal prayer intention around the theme of sports and peace.

Religion News Service reports that Francis’ Rio video celebrated “the important role of sports in building world peace. Sports make it possible to build a culture of encounter among everyone – I dream of sports as the practice of human dignity, turned into a vehicle of fraternity.”

RNS describes the Francis video when he is talking as intercut with “slow-motion segments of individual athletes smashing a soccer ball, a tennis ball, volleyball and rugby ball through stylized walls,” images aimed at “underscoring the pope’s desire to break down barriers.”

And so back to John XXIII in 1960. Unlike Time magazine, the pope didn’t draw a line between East and West when he greeted the athletes, instead he all-inclusively said, “Having expected you for a long time, now we can welcome you.”

The pope had come in for the day from Castel Gandolfo. John XXIII then returned to the countryside -- to watch the Lake Arno Olympic team trials from his balcony.

World | Popes have learned to embrace sports and Olympics