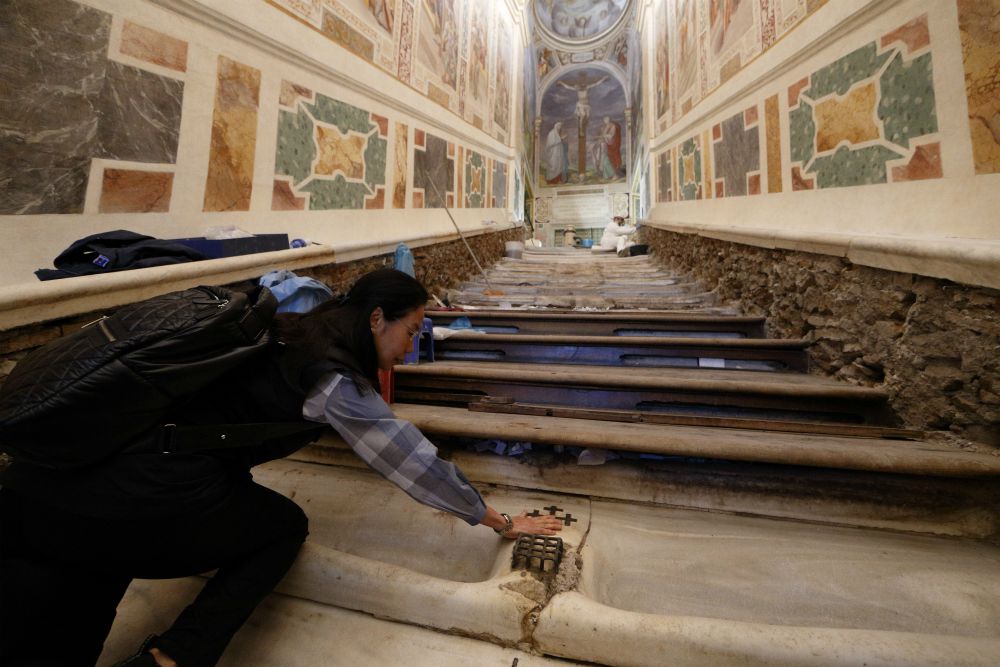 When I got up this morning, the first three links to each of the two internet religion summaries I review regularly were to articles about scandals in the Catholic Church. I don't need to tell you what kind of scandals. At a time when such coverage of the church is not unusual, a Catholic ecclesiology of sin in the church is nothing if not timely. 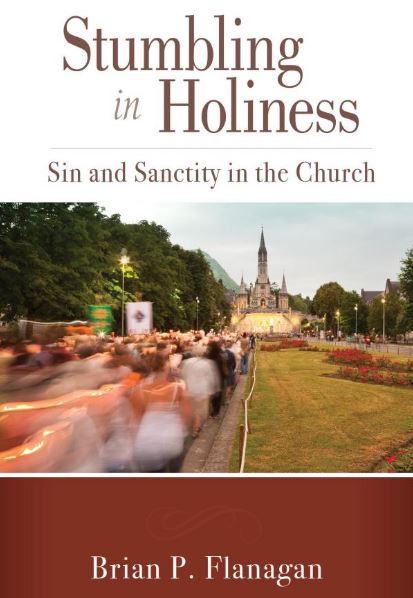 But it's timely not just because the church is sinful. It's timely, as Brian Flanagan explains, because holiness is at the heart of the church's identity, "one of the earliest creedal statements made about the church," and one that we repeat regularly: "I believe in the Holy Spirit, the holy catholic Church." And this is the paradox that Flanagan takes on in Stumbling in Holiness: Sin and Sanctity in the Church, that the church, sinful as it is, is at the same time the manifestation of God's transcendent holiness.

Flanagan is a theologian, on the faculty of Marymount University in Virginia, and is quick to acknowledge that we cannot understand the mysterious paradox of the church's deep flaws and profound holiness without analyzing it systematically. But one of the great strengths of Stumbling in Holiness is that this analysis is framed within the most fundamental experience of Catholic Christians, the celebration of the Eucharist.

For Flanagan, the Eucharist is a kind of ecclesial dance, in which the assembly moves toward God, then retreats again in repentance, then moves forward again, then asks forgiveness once more, from the Kyrie Eleison to the Gospel to the consecration to the Lord's Prayer to the Lamb of God who takes away the world's sin to Communion, and then out into the world for the "liturgy after the liturgy," the mission of the church. And every step of this pilgrimage is a collective, not just an individual, ritual of approaching and retreating and moving forward again. This embodies not only the present reality of the holy/sinful church, but of the dialectic between the past, the present and the eschatological future, the coming reign of God. Flanagan then weaves these liturgical and eschatological themes throughout the rest of the book.

Within this framework, Flanagan lays out the theology of the holy yet sinful church, detailing the ways in which such holiness is rooted in the mysterious otherness and compassionate closeness of God, deeply intensified by the incarnation of Jesus Christ, and lived out in the lives of the communion of saints and local Christian communities. Yet we learn that evil is also a mystery, a void, something lacking, with individual sin rooted in its senselessness and with continuing bad effects. The paradox is that without the reality of sin, neither would there be the reality of salvation.

Flanagan's third category of ecclesial sin includes historical mistakes, shortcomings and misunderstandings which don't qualify as moral acts, but are characterized by group agency, a distinct mode of shared human action. The recognition of such shared intentionality, Flanagan believes, would enable a much-needed move beyond the church's frequent portrayal as an idealized entity distinct from its members throughout history. A classic example of the bifurcation of the sinfulness of the members of the church and the sinfulness of the church itself, for Flanagan, are the words of Pope John Paul II at his Day of Pardon event in Rome in 2000. We need to recognize that the church is, in fact, a human community, through one mysteriously united with God.

Ultimately, for Flanagan, the paradox of the relationship between holiness and sin in the church reflects the utter mystery of the relationship between God and all of Creation. Though we might wonder why God permits the ongoing struggle between sin and grace, it is precisely this paradoxical unity that manifests the reality of salvation, God's overwhelming mercy and compassion. It is crucial, then, that the church admit and lament its sins so that the holiness of God may be manifest in the communion of saints throughout history. "God's holiness is stronger than sin."

There is much to admire about Stumbling in Holiness, including its attention to historical theological understandings of ecclesial holiness and sin and its highlighting of the church's eschatological reality — the "not yet" as well as the "already" of the church's holiness toward which we stumble together.

But there are two problems. The first is that throughout the 170-some text pages of Stumbling in Holiness, Flanagan cites 54 male sources 148 times and 11 female sources 17 times. I kept checking to see if the book had been published in 1968 and not 2018. Admittedly, most ecclesiologies are written by men. Perhaps it's just a male field. But when I was the communications director for an African American seminary in the 1980s, I learned that if there were too many representations of white people in the upcoming newsletter, I needed to find others. Flanagan should have done similarly.

My other concern involves the examples of ecclesial sin omitted from Stumbling in Holiness. Flanagan cites classic instances of such sin — the Inquisition, collusion in the Holocaust, racism and, of course, clergy sex abuse. But with the nuclear Doomsday Clock two minutes to midnight and 12 years remaining before the climate catastrophe becomes irreversible, surely the contemporary church's near silence on both questions — Laudato Si' notwithstanding — is an ecclesial sin demanding more attention than Flanagan gives it.

But then, as Flanagan himself admits, theologians, as well as popes, bishops, priests, laypeople — even book reviewers — sin. May our profound repentance soon show forth the present and future glory of God in all its fullness.

[Marian Ronan is research professor of Catholic studies at New York Theological Seminary and co-author, most recently, of Women of Vision: Sixteen Founders of the International Grail Movement (Apocryphile Press 2017).]

A version of this story appeared in the April 19-May 2, 2019 print issue under the headline: 'Stumbling in Holiness' studies church's duality.