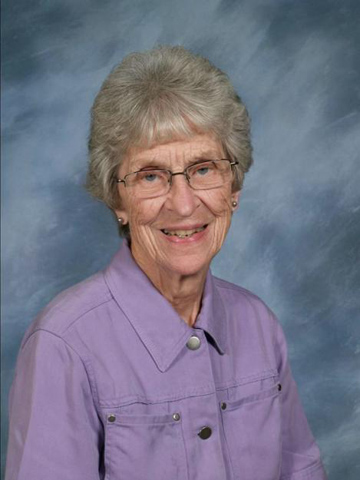 The death notice on the community's necrology board will read simply: Margaret Brennan, IHM: born Feb. 13, 1924; entered the Servants of the Immaculate Heart of Mary Sisters in Monroe, Michigan in 1945; died April 28, 2016. But it will cover a lifetime of heroic commitment. The work and spirit she left behind her lives on in religious life from one end of the country to the other.

Margaret Brennan's life meant much to many. What she did moved mountains few actually realized at the moment of their turning but which, before the process was over, we all felt.

I can see her yet standing like an oak tree in the middle of a summer storm, unshaken by it all but attuned and moved by every wind.

Most of all, I remember being affected more by what she was than by all the things she was doing, amazing as they were. Her legacy is legion:

The death of Sr. Margaret Brennan leaves a great gaping blank spot in the directory of women religious today. Losing her to the human enterprise and the religious conversations of this age is to lose a thinker, an analyst, a visionary. And yet, what she leaves behind will well outlast the century.