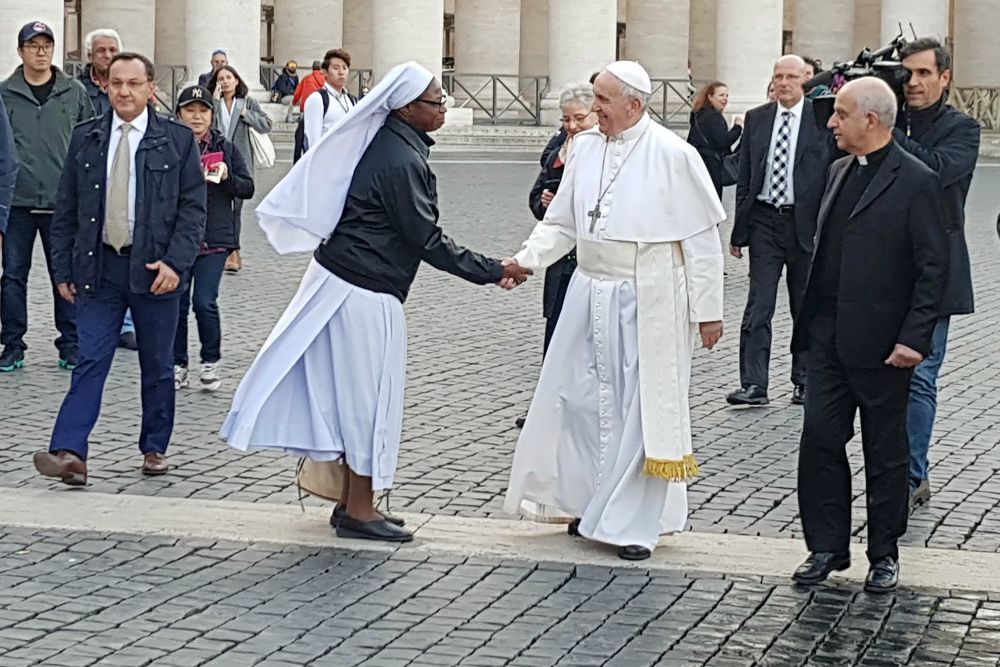 Editor's note: This story was updated at 8 a.m. Central time with comments from Sr. Carmen Summut.

They are also expressing hope that the move could portend similar appointments of women at other Vatican congregations, where membership remains exclusively male.

Immaculate Heart of Mary Sr. Sharon Holland, an American who served as a staff member of the religious congregation from 1988 to 2009, said the pontiff's decision was "more significant" than she knew how to express in words.

"These new appointments are of great importance in advancing Pope Francis' concern for the rightful place of women in the church," said Holland, who is also a noted canon lawyer and a former president of the Leadership Conference of Women Religious.

Francis' appointments for the religious congregation, which is formally named the Congregation for Institutes of Consecrated Life and Societies of Apostolic Life, were announced July 8. Among 23 new members for the office were seven women: six leaders of international religious orders, and one woman who leads an institute of consecrated laywomen.

The members of a Vatican congregation are somewhat akin to a board of directors, meeting occasionally to consider the direction of the office's work or to make high-level decisions. Most congregations have several dozen members, the majority of which are cardinals or archbishops.

Only one other congregation has previously had a female member. Comboni Missionary Sr. Luiza Premioli, a Brazilian, was appointed as a member of the Congregation for the Evangelization of Peoples in 2014.

The lack of women members of the religious congregation had drawn special scrutiny in recent years, as Vatican statistics estimate that there are about four times as many women in Catholic religious orders compared to men.

The Rome-based umbrella group of Catholic women religious, called the International Union of Superiors General and representing about 450,000 sisters and nuns, is known to have raised the issue. 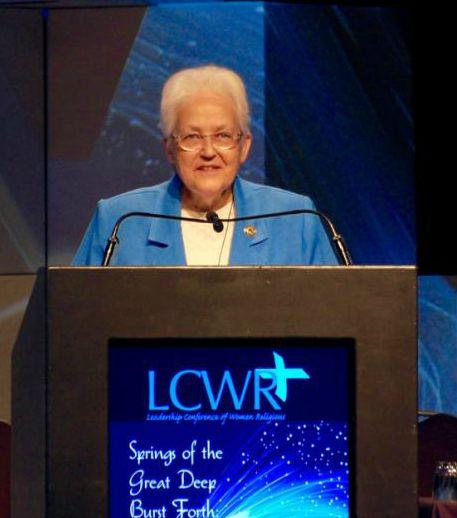 Sr. Carmen Sammut, who stepped down from leadership of UISG earlier this year after serving two terms as its president, said while the religious congregation had included women religious in some of its deliberations in recent years, it was time for a wider systemic adjustment.

"The system had to change so that women will be named and be there by right," said Sammut, who leads the Missionary Sisters of Our Lady of Africa.

"This is a big step," she said. "It is important that women are there, for we usually bring what pertains to the daily living of the Gospel, the nearness to the poor and the excluded, our difficulties as women to be fully part of the local church sometimes."

"We thus enlarge the reflection and give it a dimension that men alone would not have," she said. "For me, it is of capital importance, not only for women, but for men and women, that all sit together at the same table of reflection."

Holland called the appointments to the religious congregation "very useful," as "women religious know their life better than others can."

"The appointment of these women as 'full members' means that they are equal members, with the right to vote," she said. "They are not simply auditors or persons consulted."

Clifford, who has focused her research on the teachings and interpretation of the Second Vatican Council, noted that the women who served as non-voting auditors at the 1962-65 council were denied the opportunity to contribute to the crafting to its decree on the renewal of religious life, Perfectae Caritatis.

"While a handful of religious women … were consulted concerning the implementation of [the] decree, their desire to play an active part in decisions affecting their lives, either through regular consultation or by a deliberative vote, have gone largely unheeded," said the theologian.

"The recent move of Pope Francis represents a new and significant development in that it would give women a deliberative voice in the governing body of the congregation, which until now has been the domain of cardinals, bishops, and the heads of men's religious orders," she said.

Vatican offices have essentially had a two-tiered structure since Pope Paul VI's reform of the city-state's bureaucracy following the end of Vatican II: there is a split between congregations, usually seen as having a type of executive power, and pontifical councils, usually seen as more advisory.

Vatican officials had previously pointed to congregations' executive function as a reason for why women, who cannot be ordained priests, could not serve as members. 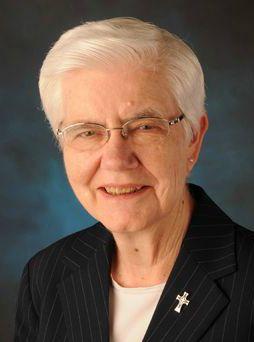 The distinction between the different kinds of Vatican offices seems set to disappear with Francis' expected new reform of the city-state bureaucracy. The draft of the text outlining the reform, obtained by NCR last month, indicates most Vatican offices will soon simply be known as a "dicastery," a Greek term meaning a "department."

Mercy Sr. Doris Gottemoeller, another former president of the Leadership Conference of Women Religious, said she hoped Francis' appointments of women to the religious congregation would be "only the first" of their kind.

"There are certainly women very qualified to serve on other Congregations such as the Doctrine of the Faith," said Gottemoeller, who is also a former president of the Sisters of Mercy of the Americas and the current chair of Partners in Catholic Health Ministry.

"Involving them in the appointment of bishops wouldn't be a bad idea either!" she suggested.

A version of this story appeared in the July 26-Aug 8, 2019 print issue under the headline: Seven women appointed to Vatican congregation.