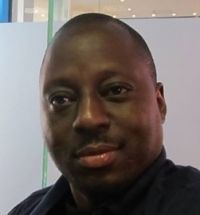 Marko Phiri is a freelance journalist based in Zimbabwe. He has written for numerous Catholic publications including The Tablet, The Irish Catholic and America Review. He is a published author whose work also appears in the Kalahari Review.

Priests under watch ahead of Zimbabwe elections

BULAWAYO, ZIMBABWE -- The political temperature is heating up in Zimbabwe ahead of elections that President Robert Mugabe insists must be held this year, and members of the Catholic clergy find themselves at the center of a brewing storm.

BULAWAYO, Zimbabwe -- Zimbabweans living in neighboring South Africa will soon find themselves deported in droves after the South African government announced it was revoking a special permission that has allowed Zimbabweans to live and work in Africa’s largest economy.

A directive issued in September will withdraw in December a special dispensation announced last year that waived visa requirements for foreign migrant workers.

The visa suspension came into force as demand for labor peaked, especially in the construction industry as South Africa prepared to host the soccer World Cup in June. This provided employment opportunities for millions of Zimbabweans and inevitably opened the immigration floodgates.

While this allowed millions to stay in the country without official documents, it made it impossible to document the exact number of Zimbabweans scattered across the region’s economic powerhouse. This in turn raised the specter of xenophobia as locals complained Zimbabwean cheap labor was depriving them of jobs.

BULAWAYO, ZIMBABWE — In a country where millions of people are without jobs, Sr. Celestine Nyoni instills a bit of hope and provides outlets for the energies of young people.

After a dozen years of its economy shrinking, last year Zimbabwe saw its economy post positive growth. One year ago, according to U.N. figures, Zimbabwe had an official unemployment rate of 94 percent. Fewer than a half a million Zimbabweans were working in the formal sector.