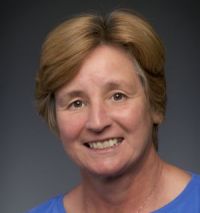 Michele Dillon is professor of sociology at the University of New Hampshire and the author of Postsecular Catholicism: Relevance and Renewal (Oxford University Press, 2018).

The Catholic Church's euphemization of power

Commentary: Euphemization has enabled the hierarchy to mask the double truths — celibacy/sexual activity and priestly service/power — that have sustained its consecrated status for many generations of Catholics.

Humanae Vitae at 50: The encyclical unintentionally transformed Catholics' relationship to church authority, so that today two-thirds (66 percent) of American Catholics say that individuals should rely on their own authority in making decisions about contraception.

In the case of women's commitment to the Catholic Church, the overall story is one of stability, and even slightly increased commitment, rather than further decline.

Much has been written in recent years about the declining hold of traditional church boundaries on Americans’ religious and spiritual beliefs and their understanding of religious truth and how it is mediated. Catholics are not immune to these cultural changes. An overwhelming majority in our survey, 88 percent, agree that how a person lives is more important than whether he or she is Catholic (with 56 percent of these strongly agreeing).

What is core to American Catholics in 2011