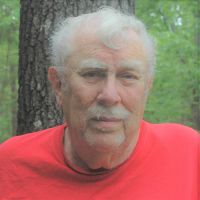 Rich Heffern is a former editor of Praying, the magazine of spirituality for everyday living, and also former opinion editor of NCR.

Appreciation: As editor of Praying magazine, Art Winter, who died at age 89 on May 11, presented the best of Catholic spirituality and theology in ways that helped people apply those insights in everyday life.

A weekly message from your local hens

I had lunch last week with Holy Cross Br. David Andrews, who is former director of the National Catholic Rural Life Conference and now a representative at Washington-based Food and Water Watch. He was in Kansas City for a meeting of a sustainable agriculture group he’s affiliated with, held the day before a big Farm Aid concert that featured performers Willie Nelson and Neil Young. Dave and I talked about many things,including a look back over the last 20 years or so, at how the organic and local food movements have transformed our entire food system in America and around the world.

I told him about the Kansas City Food Circle, our own local “locavore” movement.

My wife and I helped put together the very first conference back in the early 1990s. Together we baked about 12 quiches and made tabouli for the lunch that was served that day. Attendance was about 25. Later that year we published our first local food directory, making available information about where and how to buy from local farmers. The directory took up both sides of one page.

Richard Rohr and the 12 Steps: Going out to 'the inner room'

A quarter century ago, Franciscan Fr. Richard Rohr gave a series of talks in

Cincinnati that linked the wisdom of the Twelve Steps Program to what St. Francis called “the marrow of the gospel.” “I was amazed at how obvious and easy a task it was,” he said.

Now he’s updated those talks in his new book. Breathing Under Water.

He reflects about his earliest experiences with such programs, when "the people dealing with their addictions in the church basement thought they had left the church for the Wednesay night meetings in the basement, while many upstairs in the sanctuary presumed that their ‘higher’ concerns were something different from ‘those people with problems’ down below."

The reality, he says, was that we were dealing with a common inspiration from the Holy Spirit and from the collective unconscious of the human race.

"Secular ecologists," he writes, "have long been suspicious of Christianity. It is worth explaining why people of faith have been mistrusted by environmentalists and from there to locate the common ground that can be used to overcome that wariness for the sake of advancing our common objectives.... The most famous accusation made against Christianity was thrown by historian Lynn White Jr. in 1967 with a bombshell article in Science Magazine. He makes a succinct charge: The 'subdue and dominate' language of Genesis 1:27 'established a dualism of man and nature but also insisted that it is God’s will that man exploit nature for his proper ends.' Christian focus on the spiritual world means we insist on 'transcendence of and mastery over nature.' 'Christianity,' he adds, 'bears a huge burden of guilt.' Ouch."

Read Fr. Grant's entire article on the Web site. It's a very interesting discussion on important issues in religion and ecology.

A more supple notion of who God is

Thirsty for answers: Preparing for the water-related impacts of climate disruption

The redemptive connection with nature

Questions to ask at your local farmers' market

The Catholic love of nature

Color to match the July sky

Database of Catholic religious communities and the land

Fr. Bob Stagg: 'We want to live out \"green values\" in everything our parish does'