Recently, Exxon Mobil Corp. and a number of other large corporations came out in favor of a carbon tax as their preferred response to global warming. Most liberals immediately suspect any public policy recommendation coming from big multinational corporations, but this idea deserves serious consideration.

For those who believe in the power of the market to influence consumer choices, taxes on energy have long been the preferred policy choice. I am old enough to remember the first energy crisis during the Carter Administration when long lines of cars waited their turn to get gasoline at gas stations. The gasoline pumps had to be refitted with new gages because gasoline prices had for the first time reached more than a dollar a gallon.

We thought it was the end of the world. It certainly was a disaster for Jimmy Carter and his fellow Democrats.

People were also mad at big oil companies and OPEC. Lots of ideas were floated (mostly bad) to deal with the crisis, everything from rationing to taxing oil imports. Most economists tried to explain to politicians and the public that taxing oil (all oil, not just imports) was the best way to reduce oil consumption.

The logic is simple. When prices go up, consumers respond rationally and buy more efficient cars and drive less. They also turn down their thermostats in winter and turn them up in the summer. Likewise, businesses look for ways to cut oil consumption and are more willing to invest in energy saving equipment or move to alternate fuels.

No one listened. For politicians, the idea of raising taxes on oil at a time oil and gasoline prices were rising was political suicide. The public would not stand for it. In addition, domestic oil producers were also making billions of dollars because of the price rise, and their campaign contributions were important to both parties. No Texas representative, not even a liberal Democrat, was going to support taxing oil.

In truth, higher gasoline prices did move Americans into smaller cars. The problem was that when prices went down, Americans started buying gas guzzlers again.

The rise and fall of gasoline prices drove the auto industry into near bankruptcy because it always seemed to have a backlog of the wrong kind of cars when prices changed. Retooling factories to respond to American consumers' changing preferences proved time consuming and expensive.

Instability is bad for business. The auto industry, and most other companies, would prefer higher oil taxes rather than government-mandated energy-efficiency standards.

Today, we are not just dealing with an oil crisis but with climate change, which is caused by the release of carbon into the atmosphere by all fossil fuels. The response from most economists is the same: Put a tax on carbon and the market will encourage consumers and businesses to use less and become more efficient.

Such a tax is much simpler than cap-and-trade proposals, which would set limits on carbon emissions and then allow those who are under their limits sell their "credits" to others.

Politically, putting a tax on carbon is going to be difficult. The coal industry will portray such a tax as kicking them while they are down. Domestic oil and gas producers will fight it. Consumers will not like the higher prices that will come with a carbon tax. And Republicans hate all taxes.

Are there ways to make a carbon tax more politically palatable?

First, a carbon tax has to be introduced gradually. For example, if it had the effect of raising gasoline taxes by one cent a month, consumers would not experience it as a shock, yet after 10 years, it would amount of $1.20 per gallon.

The predictability of this increase would also encourage consumers to buy fuel efficient cars and products because they know that fuel prices are going to continue to rise. Industry would also invest in more efficient equipment. Investors could put their money into alternative sources of energy with the sure knowledge that demand would continue to rise and their investment would not be endangered by a sudden drop in oil and gas prices.

Second, a carbon tax could raise a lot of money. Environmentalist would like to see that invested in programs to protect the environment, including public transportation and making public facilities more energy efficient. But any politically successful proposal will need to have plenty of money for red states if the plan is going to get any Republican support.

On the Global Catholic Climate Movement website, Jorge Villarreal argues, "The rich are super-polluters and carbon taxes should be paired with other policy instruments to redistribute wealth and reinvest in clean energy." Direct payments to the poor would reverse any harm done to them by the carbon tax.

Third, corporate America is not supporting a pure carbon tax. In return for a carbon tax, they want less government regulation. Here both sides need to be reasonable. Liberals need to acknowledge that not all regulations are good; some are very burdensome and yet have little impact. On the other hand, a low carbon tax in exchange for the elimination of energy-efficiency regulations would be a bad deal.

For example, the Obama administration tried to get energy companies to reduce the amount of methane gas leaking from oil and gas operations. Methane warms the atmosphere at about 30 times the rate carbon dioxide does. This is not a priority for the Trump EPA. In fact, as attorney general of Oklahoma, Scott Pruitt had a history of fighting oil and gas regulations from the EPA, which he now heads.

Congress is unlikely to legislate perfectly when it comes to a carbon tax, but even with unpalatable compromises it might be worth doing.

In 2015, religious institutional investors in Canada called on their government to tax carbon. American religious groups need to get on board.

A carbon tax would be good for America and good for the planet, but the devil is in the details when it comes to what is also included in any legislation. 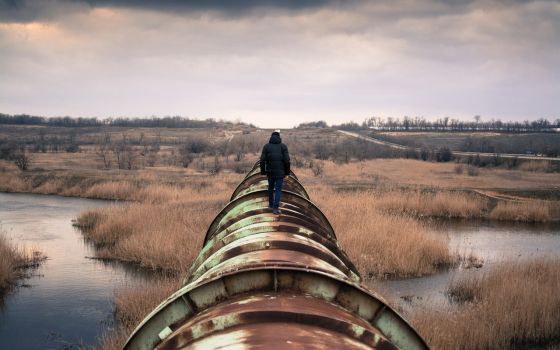 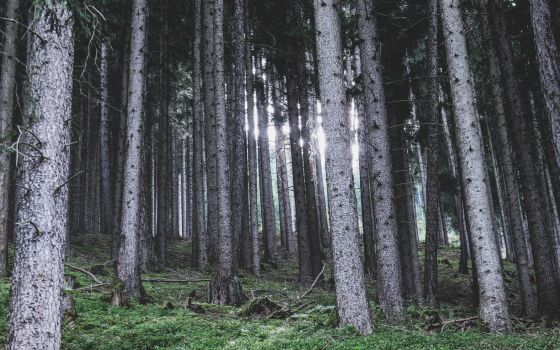