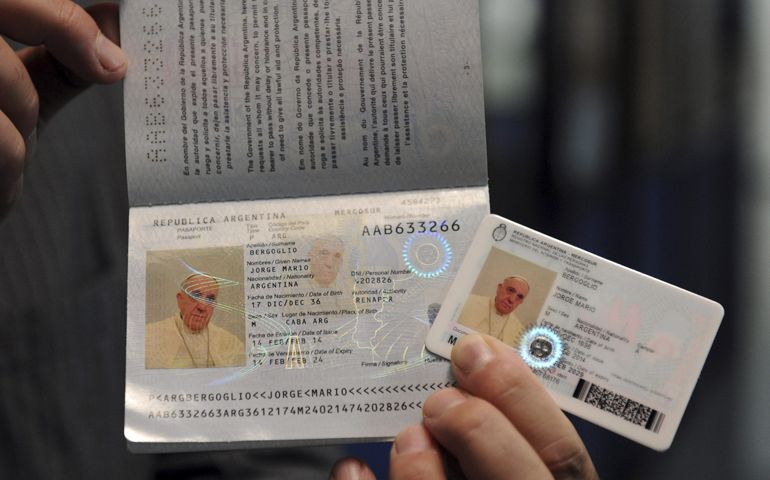 Vatican City — Pope Francis is the sovereign of Vatican City and has a Holy See passport. But even dressed in papal white, Jorge Mario Bergoglio is an Argentine citizen with a brand new passport and national identity card.

"The pope wanted to continue having normal Argentine documents," said Jesuit Fr. Federico Lombardi, Vatican spokesman. "This doesn't mean that he isn't also the head of state of Vatican City and the pontiff."

The pope's Argentine passport was about to expire, so he asked the Argentine embassy in Rome for help renewing it. Officials went to the Domus Sanctae Marthae, where the pope lives, on Friday and brought all of their equipment with them.

They took a new, passport-style photograph showing him in his white cassock and zucchetto. The officials also took his fingerprints, as required by law, and promised to have the new documents in his hands in about a week.

Pope celebrates birthday by having breakfast with homeless men

Pope Francis reminds Donald Trump not to forget the poor

US bishops: Consensus by bromides

There but for the grace of God: What Pope Francis thinks of prisoners