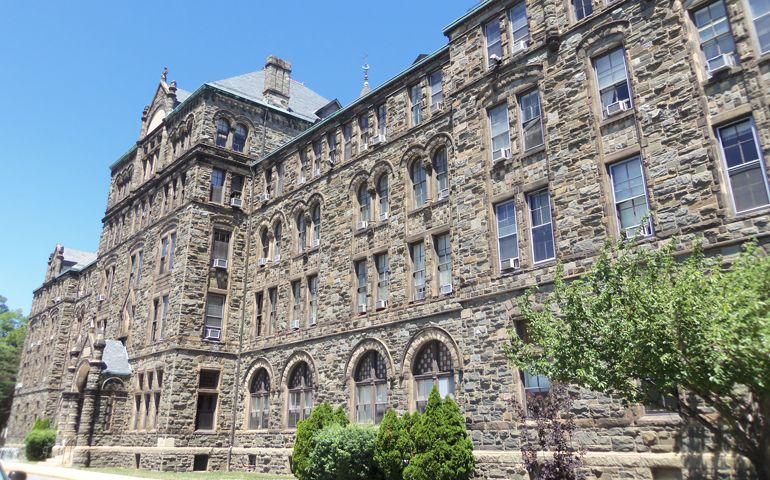 Caldwell Hall at The Catholic University of America (Wikimedia Commons/Farragutful)
This article appears in the Campus Notebook feature series. View the full series.

Washington — An unendorsed student LGBTQ group is hoping a petition of support from students, alumni and community members will help it gain official recognition from Catholic University of America for the 2017-2018 school year.

CUAllies was founded in 2009 as an "on-campus advocate for equal representation and treatment of LGBTQIA+ students at The Catholic University of America," but it has so far never been sanctioned as a student organization.

Los Angeles — Loyola Marymount University is expanding its Silicon Beach presence through its Playa Vista Campus, which is scheduled to open in fall 2018.

The new 50,000+ square foot campus will house graduate programs for its famous School of Film and Television, as well as spaces for different events.

Philadelphia — La Salle University's school of business has launched a ridesharing partnership with Uber to provide students an affordable transportation option to and from campus.

MarySheila E. McDonald, interim dean of the School of Business, says "this partnership provides an affordable, convenient, and reliable transportation option for undergraduate and graduate students to take full advantage of everything the City of Philadelphia has to offer; including co-ops, internships, job interviews, and more."

Kansas City, Mo. — Rockhurst University announced the launch of its RU Academies initiative, a set of thematic tracks freshmen can join as a way to network through shared hands-on experiences.

The program is optional and costs nothing to join.

This year's theme is "Think, Do, Be: Positive." The event will include sporting and exercise activities, career development breakout sessions and workshops on wellness, academics and financial literacy.

There will also be video messages for the students from U.S. Senators Amy Klobuchar and Al Franken, as well as Duluth mayor Emily Larson.

National TRIO Day has occurred on the fourth Saturday in February since 1986 to celebrate the Federal TRIO Programs' success across the country. The programs provide service for individuals from disadvantaged backgrounds, including disabilities, low income and first-generation college students.