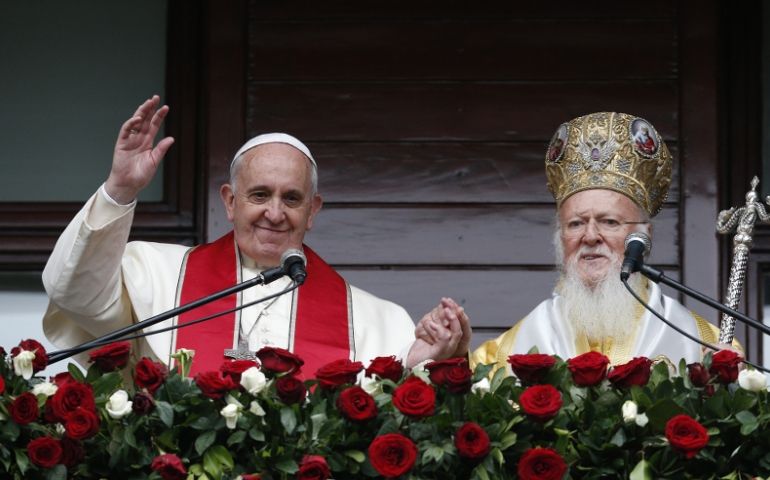 From Mother Jones: The Science of Why Cops Shoot Young Black Men And how to reform our bigoted brains.

NCR's Josh McElwee was in Turkey with the pope. Catch up on his reporting here: Francis in Turkey Some highlits:

Analysis: How Will the Pope Play in 2016? Francis’s softer brand of Catholicism kept U.S. bishops out of the midterms—and they’re likely to tone down their message next time too.

A Hollywood crew has finished shooting in Boston for a film about The Boston Globe's 2001 coverage of the clergy sex abuse crisis. Titled "Spotlight," the film is expected to be released next year. Globe reporters tell their ‘Spotlight’ stories

A pre-Thanksgiving story you may have missed: Archdiocese bans gay rights speaker from Detroit parish

Finances within the Catholic church