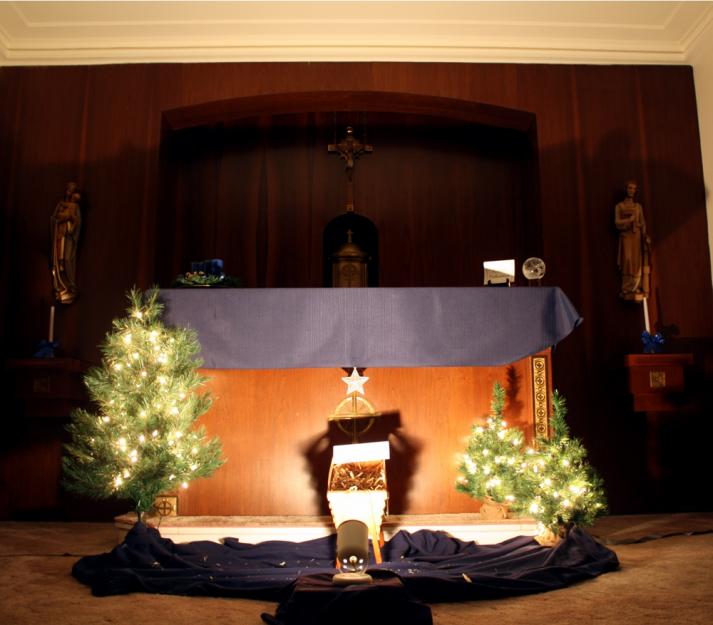 Engage the future: Reflections on the apostolic visitation report by Sr. Sandra M. Schneiders. "I want to delve a bit below the surface of both the process and the text itself to engage what I think are some of the deeper issues and concerns and hopes that invite and challenge us for the future."

That first Sunday night it appeared. In the stillness of the final day of November it had taken its place, where it was to remain for the coming four weeks of Advent. There in the chapel, a tiny manger had appeared. No wise men, no family, not even any animals. Simply, a manger. Rejoice! Rejoice! Emmanuel shall come to thee, O Israel. by Colleen Gibson

Update: Women offer stole, other gifts to Pope Francis. See a photo of the stole and read more about the project here: The stole.

At the monthly All Are Welcome Mass in Dublin: Gay Catholics pray 2015 will be the year of the welcome

Manila, Philippines -- President Aquino to thank Pope for reviving the Church also reminds the youth to stay faithful to God