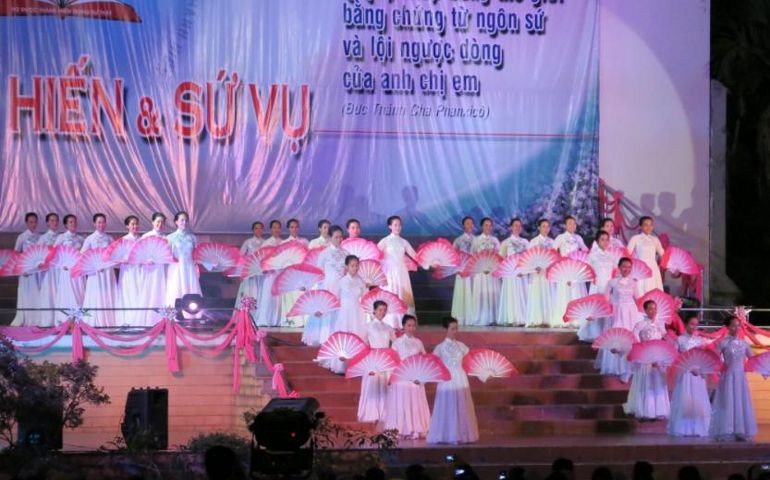 Lovers of the Holy Cross of Thu Thiem sisters performing a dance themed “following Lord every day” during the church in Vietnam's celebration of the World Day for Consecrated Life. (Joachim Pham)

San Salvador, El Salvador -- Fr. Paul Schindler recalls an Oscar Romero who once sat beside him trembling. 'The people in the parish have been waiting and waiting for this'

San Francisoo -- One Catholic Responds: What is really toxic in the new San Francisco teacher handbook

Los Angeles -- Chaldeans' order for priest to return to Iraq prompts rift in church. Patriarch Louis Sako wants priests in disporsia to return it Iraq; Some don't want to go

Even with a boost in funding for Ebola research, the US National Institutes of Health's fiscal year 2015 budget is the lowest in years. Susan Jaffe, The Lancet's Washington correspondent, reports.

Rome -- Global meeting of women religious enhances solidarity. Scroll down to the bottom of this page and watch the video: Women religious understand essential role of church

Web site update: Comments are back